Nickel Bags, Not Bags of Nickels 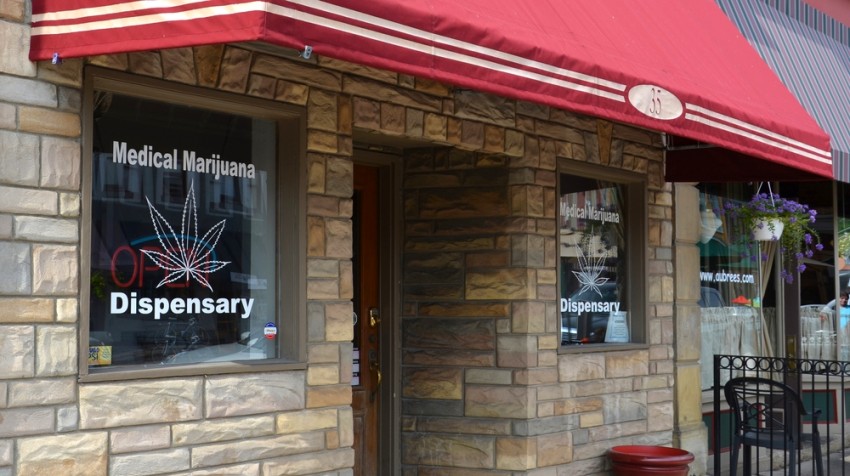 Opponents of the legalization of marijuana in Washington and Colorado have worried that sanctioning its recreational use would increase criminal activity. While this concern is largely unfounded (careful scientific studies show little evidence of a causal link between pot consumption and increased criminal activity by its users), opponents may have missed the real way the legalization of cannabis will increase crime: By making its sellers cash-only businesses.

While 20 states and the District of Columbia have sanctioned medical marijuana, and Colorado and Washington have legalized its recreational use, the industry is largely cut off from the financial system. Federal anti-drug laundering laws have made banking difficult for the businesses selling cannabis. As a result, most of the industry currently operates outside the banking system, with some merchants unable to even get checking accounts.

Policy makers need to get the small businesses in this emerging industry connected to the financial system before real problems emerge.

Right now, virtually everything in the medical marijuana business industry is cash-only. Buying the product requires cash – no checks or credit cards. Checks are a non-starter because too few merchants have bank accounts. The major card processors Visa Inc. and MasterCard Inc. bar the use of their credit and debit cards to make purchases of the product, the Wall Street Journal reports.

This is on the operating side of the house as well. Without checking accounts, many of the companies pay all of their bills, including tax bills and payrolls, in cash or money orders bought with stacks of cash.

As one might imagine, this situation makes many types of criminal activity possible, as Colorado’s two senators and four of its representatives outlined in a recent letter (PDF) to officials in the Justice Department and the U.S. Treasury. Cash-filled retail outlets are targets for thieves, as are the business owners and employees when they move money to physically pay bills.

The potential for fraud emerges when merchants and credit card processors bend their rules to allow businesses to use credit cards, or when business owners use their personal accounts to give their businesses access to the banking system. Auditing and regulating these companies, and ensuring their compliance with tax laws, are also more difficult when all of the transactions are cash-only.

Fortunately, these problems are easily averted by amending federal law to facilitate connecting these businesses to the banking system. Representative Ed Perlmutter, a Colorado Democrat, has already introduced a bill to Congress to do just that. Entitled the “Marijuana Business Banking Act of 2013 (H.R. 2652),” Mr. Perlmutter’s bill keeps regulators from taking action against lenders or borrowers solely because the business seeking access to the banking system is a marijuana-related company.

Congress should pass this law. Failure to do so will increase the chances that marijuana legalization really will increase criminal activity.

Scott Shane is A. Malachi Mixon III, Professor of Entrepreneurial Studies at Case Western Reserve University. He is the author of nine books, including Fool's Gold: The Truth Behind Angel Investing in America ; Illusions of Entrepreneurship: and The Costly Myths that Entrepreneurs, Investors, and Policy Makers Live By.
16 Reactions
Subscribe
Follow @smallbiztrends
RSS LinkedIn Pinterest iTunes