3 Examples of The Mobile Lending Trend: CUNA, Kabbage and Prosper 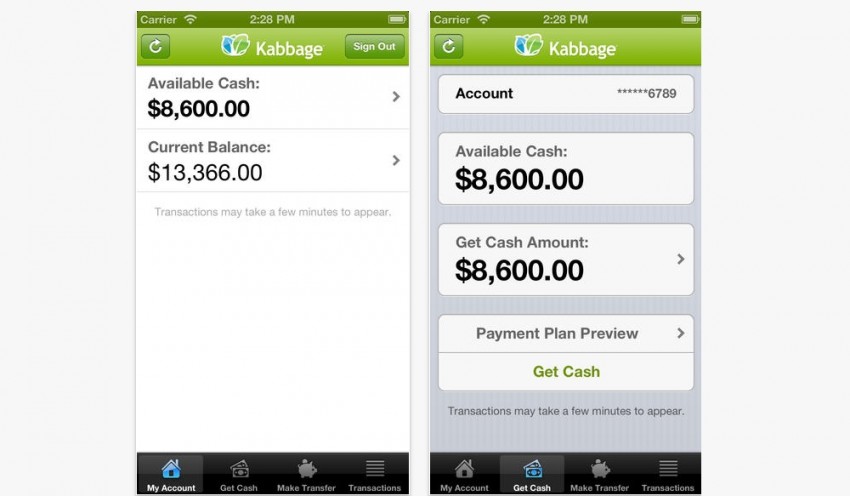 Small business lending is increasingly going mobile – and we predict you can expect to see more about the mobile lending trend in 2014.

Three companies are addressing it in different ways. Let’s take a quick look at each:

Kabbage, an Atlanta-based company specializing in loans for online sellers and home-based businesses, has iPhone and Android apps.  Small businesses can apply for funds on mobile devices, and access their accounts via their iPhone or Android devices, as well.

Sarah Eyres is co-owner of Cephalopod Yarns, a Baltimore-based yarn store. When a shipment was delayed, she needed to buy 200 pounds of yarn to get her through the Holiday shopping season. And she used $3,500 from Kabbage to do it.

The loan was approved in just seven minutes, Eyres said.

“I would have just been sitting and waiting for that shipment. I would not have felt comfortable [making the purchase] without the loan.”

CUNA Mutual Group, a Madison, Wis. insurance company that supplies financial products and services to many credit unions, also offers a mobile version of its Loanliner.com system that credit unions can extend to their members.

So it probably makes sense that peer-to-peer lenders like Prosper.com have already have mobile lending, too. Prosper.com’s app lets investors select business listings they would like to lend to and even lets them transfer the funds from a mobile device.

One thing to remember:  the apps don’t necessarily allow you to do everything using a mobile device.  Each app and its functionality will be different.

Of course, the apps don’t necessarily make it any easier to qualify for a loan. It only makes it faster for those who are approved.

Finally, remember the security issues that have abounded with mobile technology. So be aware of the information these apps request from you when applying. It may have an impact on which lending apps you’re willing to try.