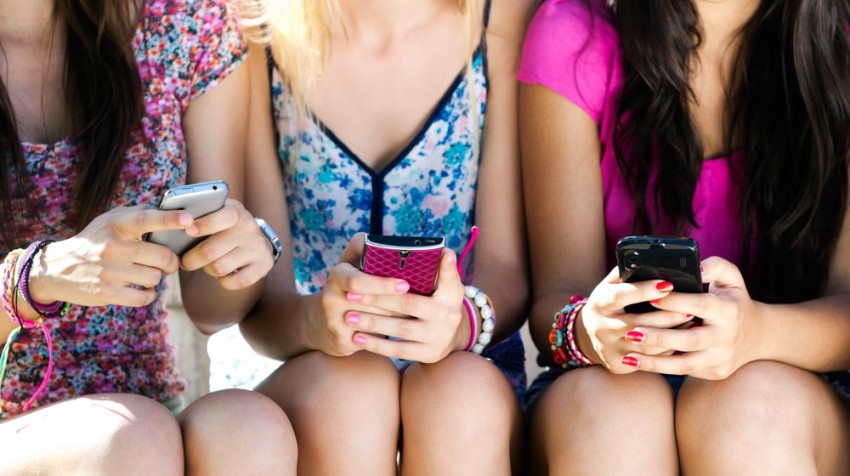 Research indicates that Facebook is getting more popular with adults, which could have something to do with its dwindling popularity among teens. Though the social media giant still had over 728 million monthly active users as of September 2013, there’s some speculation that teens are not as interested as they once were – even if there’s a lack of actual proof of such an epidemic.

A Pew Internet study (image below) released in December 2013 found that 71% of adults currently use Facebook. And 45% of those 65 or over now use Facebook, up from 35% in 2012. But it also found that 84% of Internet users between 18 and 29 use Facebook, making up the largest active age group on the site. 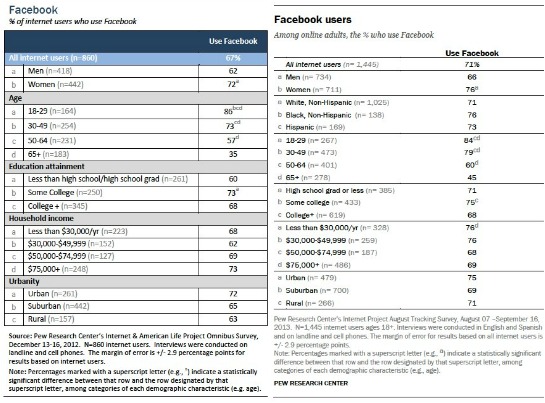 Though not a huge change, 86% of Internet users of the same age group claimed to use Facebook in the previous year’s study. That represents the only age group that showed any decline at all in Facebook usage.

So if you’re a company catering to teens and millennials, where do you go instead of Facebook? Below are apps and social media communities of interest that are quickly gaining popularity with that demographic.

Social Media Communities of Interest to Teens and Millennials 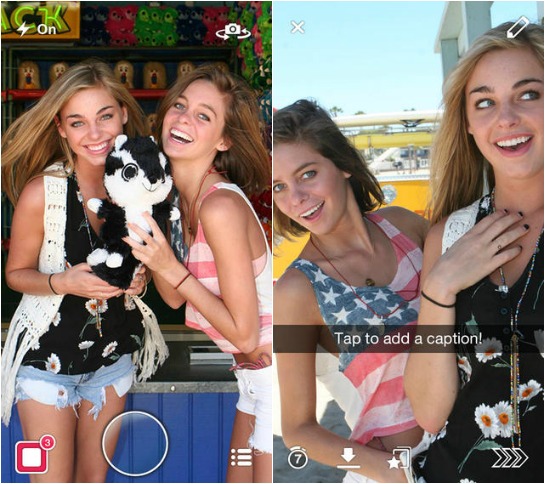 For those who don’t want to share every detail of their lives on Facebook, where parents and other older family members could have access, there’s Snapchat. Recent privacy issues aside, this media sharing app allows users to choose specific contacts and send them photos or videos that will disappear seconds after being received. Forbes recently estimated that of the 50 million Snapchat users, the median age is 18, compared with the average Facebook user who is closer to 40. 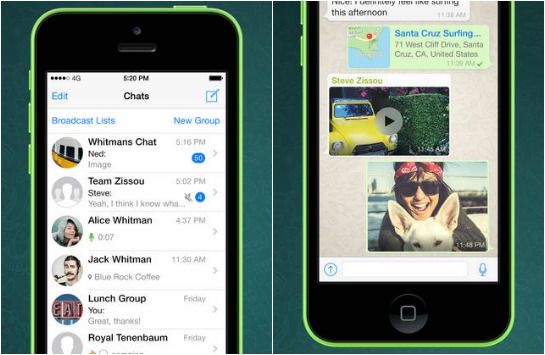 This messaging app is available on five different mobile platforms, including Android and iPhone. It allows users to set up group chats, send photos and videos, and even share their locations. The app just reached 400 million monthly active users. One hundred million of those users were added within the last four months. A University College London study found in places like Brazil there is evidence of teenagers leaving Facebook for WhatsApp in large numbers, so this could be a wider trend. 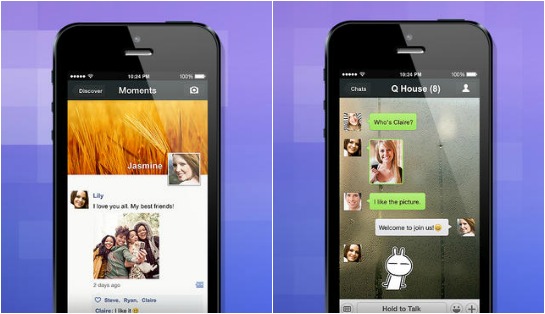 WeChat is one of a few services coming out of Asia that are challenging Facebook and other big names. The live chatting app offers more than just simple messaging features. Games, stickers, video and voice calling, and location tagging are all part of the package. A Global Web Index survey of teenagers last year showed more activity on this platform than on any other. 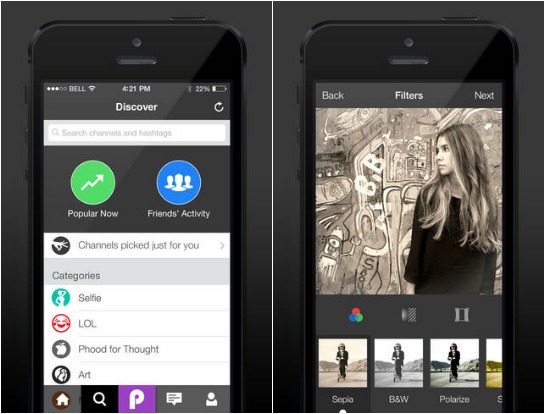 Pheed is a social sharing app that originally launched in 2012. Users can share photos, videos, voice messages, songs, albums and short text posts. Then they can subscribe to other users to receive updates on either Web or mobile. The platform focuses on visual content and brevity, which explains some of its appeal. And the app’s success has been largely driven by teens, Forbes reports. 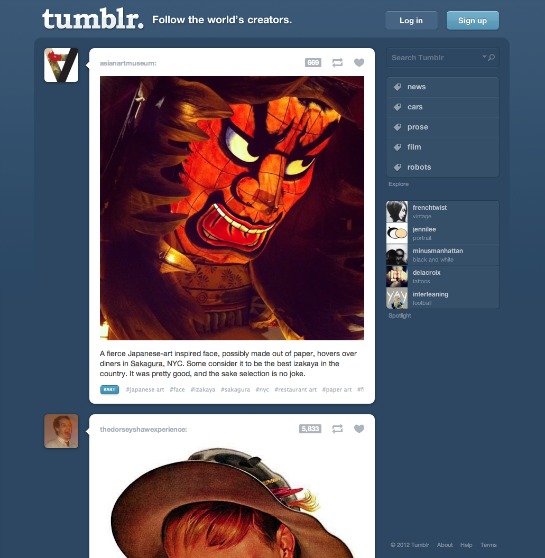 Founded in 2007, the recent Yahoo acquisition now has nearly 165 million blogs. Though Tumblr wasn’t included in the latest Pew Internet study, the 2012 study found that just 9% of Internet users 30 years or older claimed to use the site. And 13% of those under 30 claimed to use it. So young people made up more than half of its user base. 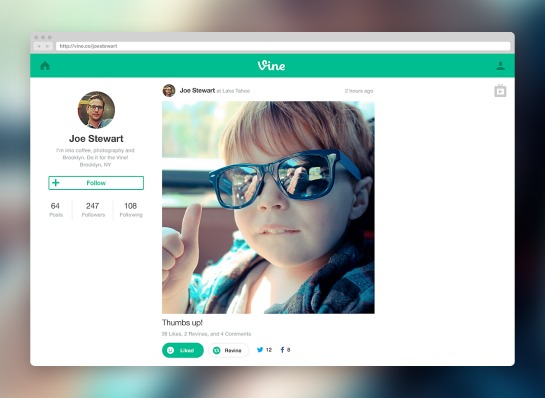 The Twitter owned video-sharing app was the fastest growing of 2013, according to a study by Global Web Index. Vine showed a growth of 403% through the year, with over 23 million users. Like Twitter, Vine doesn’t require users to enter an exact age when signing up, so it’s exact popularity among teens is difficult to pin down. However, Vine, like WeChat, scored very high in a 2013 Global Web Index survey for platforms on which teens claimed to be most active. 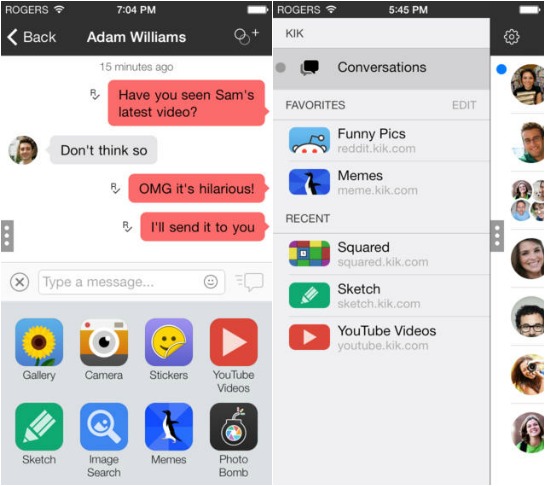 Kik is different from other messaging apps in that it doesn’t require a phone number to sign up. The platform is popular because of features like videos, sketches, smileys and integration with other social platforms. With 50 million users, the messaging app is actually gaining more new users in the U.S. than WhatsApp, according to app analytics platform Distimo. This app’s popularity too is driven largely by the interest of teenagers, CNET reports. 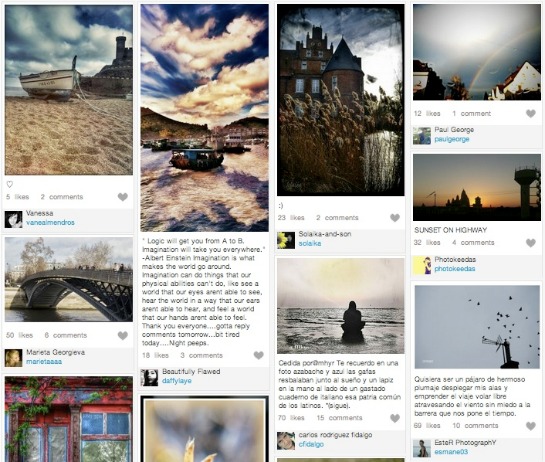 PicsArt is a niche app for those interested in art and photography. Users can upload and edit photos, draw and browse art by other users. The site specifically focuses on getting young people involved in art. It does so through art contests, how-to guides and galleries that feature users’ artwork. Approximately 20 percent of users are between 13 and 17 years old and over 40 percent are between 18 and 24, MarketWatch says.