Will Most International Calls Be On Skype Someday? 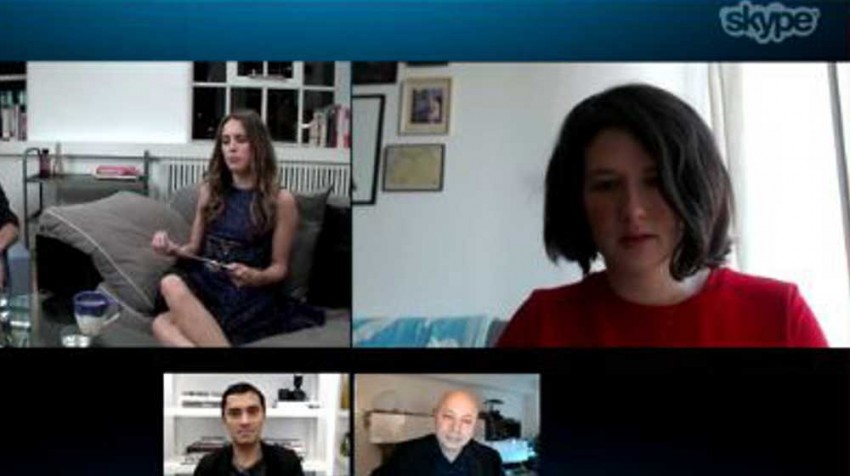 Skype may never completely replace public switched telephone networks (i.e, traditional phone lines).  But Skype-to-Skype calls have made stunning growth.  And that growth has accelerated in the past two years, since 2011. 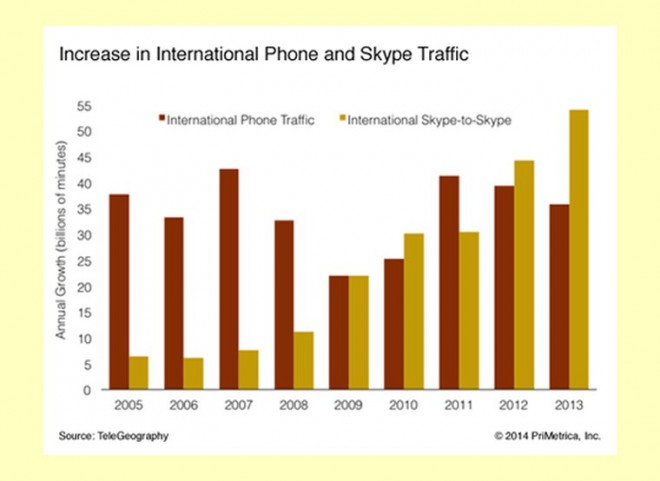 Many — if not most — Skype calls are personal calls between family members, and the numbers in the chart don’t reflect how many are business calls.  Still, small businesses have become eager users of Skype, given the low cost.  So it’s likely that some of that growth is coming from small business users who like the price of Skype.

Skype is owned by Microsoft.  The basic version of Skype is free.  However, there is a business version available for file sharing and chatting with multiple contacts at once. But the free version allows free over-the-internet video chats between any Skype users.

The company’s Skype Collaborations Project highlights examples of how the video chat tool is allowing businesses to operate across borders. For example, Apolis, a Los Angeles-based outfitter, highlights how shoes made by a family run business in Palestine are sold by an Israeli distributor in Tel Aviv. The two companies communicate only via Skype.