37 Signals Changes Name to Basecamp to Focus on Signature Product 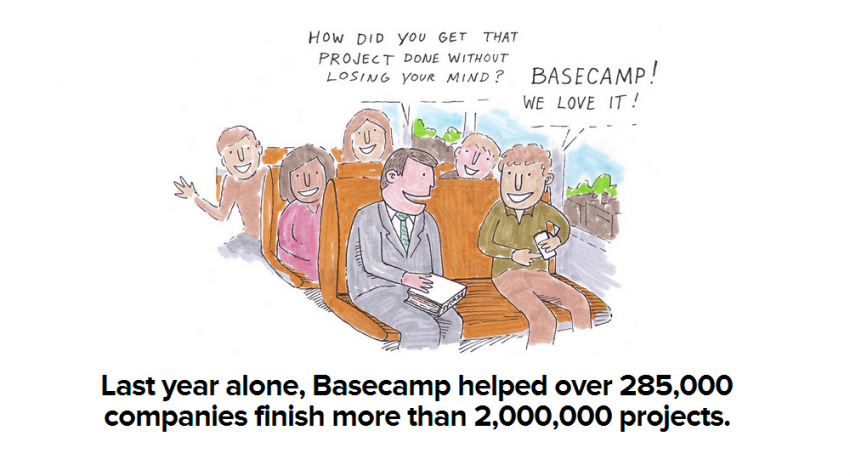 Company founder and CEO Jason Fried announced the company would be changing its name to Basecamp, in an announcement posted on the 37 Signals site.

The idea behind the name change is to create better parity with the developer’s signature product of the same name. Fried claims that Basecamp has better name recognition than 37 Signals.

Started back in 2004, Basecamp has grown to over 15 million users, and Fried claims that over 6,500 new users signed on in the last week alone. The software has been used by 285,000 companies to manage 2,000,000 projects. But despite this extraordinary growth, Fried was not happy. His dream of a small company was becoming yet another big tech company. While other tech companies would be delighted at this situation, Fried wanted the opposite.

“We’ve always enjoyed being a small company… today we’re bigger than we’ve ever been, but we’re still relatively small at 43 people. So while we could hire a bunch more people to do a bunch more things, that kind of rapid expansion is at odds with our culture. We want to maintain the kind of company where everyone knows everyone’s name.”

So with that in mind, the name 37 Signals is consigned to the history books, and the company is now called Basecamp. Everyone will work on, and focus on, Basecamp. As Fried says in his online letter, and Forbes also says, 37 Signals has produced some remarkable work over the years, including several books, and creating (and later open-sourcing) the popular programming language Ruby on Rails.

But what of the other two products that bring in money for the company – Highrise and Campfire? In the online letter, Fried outlined three possible scenarios:

Fried has revealed that he is speaking to “a few interested parties” and has said that anyone is free to approach him with offers. But he made it very clear that “Campfire will sell in the single digit millions, and Highrise will sell in the tens of millions.”