Have You Ever Been to a 3D Printed Fashion Show? 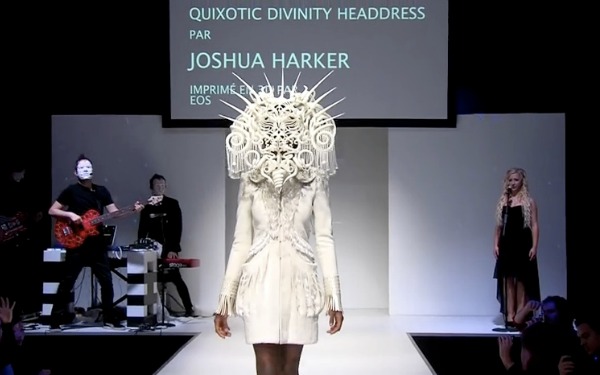 There are many ways 3D printing can be used in small business. It can be used to make prototypes, do small scale manufacturing and even industrial designing. And recently, a big show in New York City gave a glimpse of the full range of possibilities.

New York Fashion Week is a pretty well known event. But there was a new type of fashion show taking place in NYC recently, and it was a little unorthodox. 3D Printshow is an event that fuses fashion and other types of art with 3D printing.

3D Printshow originated in London in 2012 and has since expanded to five additional cities worldwide, including New York.

The NYC event launched with a fashion catwalk featuring 3D printed clothing from more than 20 designers. But the four-day event included more than just a fashion show. There were workshops and speakers to teach guests about 3D printing and how it can impact different types of businesses.

Creator Kerry Hogarth spoke with Popular Mechanics about the event:

“The show is designed not as a trade show. It’s designed as an experiential thing. The idea is that you show people where the technology is and where it’s going. The show is built to bring together the creative world and the manufacturing world and business and engineering, all in one platform, to talk about what’s possible and also [for people] to show their work.”

Last year UPS announced it would the add the printers to some of its stores so that businesses didn’t have to absorb the cost of purchasing one of these machines.

But even though it’s already been put into use by some businesses, it remains a new technology. Some businesses may still be trying to determine if and how this technology can  benefit them.

The 3D Printshow and similar events can provide creative and more practical entrepreneurs with the inspiration to use the technology to benefit their businesses in new ways. It will be interesting to see what innovations in business use will arise as a result.