What Small Businesses Can Learn From Barcoding At The Olympics 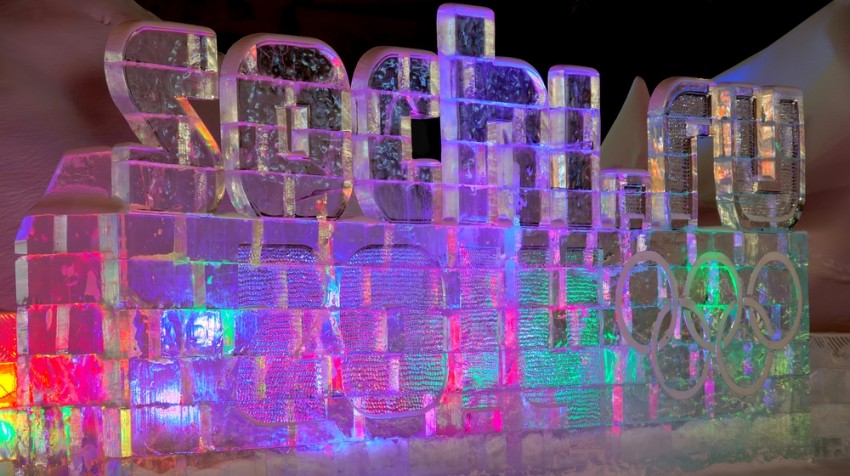 The Winter Olympics opened in Sochi on Friday, and with it came a logistics challenge of nightmare proportions. Fifty one billion was spent on this Olympic Games, so it is vitally important that things arrive on time in the right place.

How is this achieved?

Barcoding at the Olympics

Using barcoding technology where everything is tracked from its point of origin all the way to its point of destination.

But it isn’t just huge venues and businesses like the Olympics which can take advantage of barcoding. Small businesses are in a position to have virtually the same system, for a surprisingly low price.

Have you ever wanted to be able to inventory or track your stock with a barcode system, but thought the price of setting up such a system was out of your reach? Well think again. A barcoding system can be as little as a few thousand dollars complete with phone support and training, says Brian Sutter of Wasp Barcode Technologies.

And such a system could save up to $30,000 a year in lost, broken or stolen inventory or equipment.

So what are the benefits of having such a barcoding system? Well, apart from that $30,000 that you could be saving each year, here are some other reasons why an initial $3,000 investment might be worth it.

Equipment is flying in from all over the world for the Olympic athletes. It is essential that things turn up in the right place at the right time. It is a monumental logistics effort which requires a huge amount of organization.

Can it be done by wrapping that bobsleigh in brown paper, slapping stamps on it, sending it to Russia, and hoping for the best? Of course not. Instead, it gets a barcode, and every step of the way, the system is updated with the item’s status, so its exact location can be confirmed in seconds.

Now consider this system in the setting of a typical small business (albeit on a much smaller scale). Imagine you have a company of 100 employees. That’s also probably 100 computers, 100 telephones, 100 software licenses and also things like furniture, copy machines, stationary, etc.

Now consider the following scenario. Your printer breaks down, but it is still under warranty. Nobody immediately realizes that. So someone from the company then goes out and buys a replacement printer. But if that equipment had been barcoded, it could have been scanned to show that the warranty was still valid. So the company has now wasted money on a new printer when it wasn’t actually needed.

Or say you are looking high and low for that overhead projector. Eventually you sigh in frustration and give up, putting on your jacket and going out to the shop to buy a new one. But all the time, Fred in accounts upstairs had it. If that overhead projector had been barcoded, a quick query would have showed that Fred checked it out from the storage room last week for a presentation.

Again, a new projector is bought for no reason at all. More wasted money for your business.

A Complete Audit Of Your Inventory

The Olympics will have a huge amount of equipment in various places. How do they know where everything is, how much of something has been used, when something is running out fast and needs to be replaced, and so on? That’s right – slap a barcode on everything to help you keep track.

Now back to our small business scenario. Do you have merchandise sitting in a warehouse somewhere or in the back of a shop? Do you know exactly what you have and where you have it? If necessary, could you lay your hands on a particular item right away? If the answer to those questions is no, or “eventually, but it would take time,” then you need to start barcoding everything.

The barcode system is tied to a database. That database identifies where each item is based on its code. Locations are coded, too, to match the item to be found there. A place for eveything and everything in its place.

Sutter calls this system “asset tracking,” and says it improves the organization and productivity of a company to a huge degree.

The Olympics in Sochi will have issued a huge number of tickets for all of the events, relying on barcoding to coordinate who goes in and out of the stadiums (and to cut down on fraud). But small businesses can also take advantage of barcoding technology to manage their ticketing systems.

Say you are the owner of a small bar, or nightclub. You want to sell tickets to an event but need to control the number of people. How do you make sure that fake tickets are not made? How do you know if everyone has arrived to start the show? That’s right – barcode the tickets.

With barcodes, you will know which tickets are genuine. Just one swipe with the barcode scanner will tell you in seconds. You can scan each ticket as people arrive, so you can finally see that all tickets have been accounted for and the show can start.

This involves a whole new kind of barcode — the QR code. Although there has been recent chatter that QR codes are on the way out, Sutter insists they remain as popular as ever in the States. If you scan that QR code with a barcode scanner on your smartphone (available for free from the app store for your phone), it will take you to Small Business Trends.

QR codes are extremely easy to make. Just by searching “make QR code,” you will get countless websites that will make them for you.

Now imagine if your website was in that QR code. You could have a special page for a promotion you are running right now. Leave your QR code around town on printed materials and invite people to scan it. Curiosity will do the rest.

“The assets of a small company are just as valuable as what the Olympics have got going back and forth.”

Never think that certain technologies are out of your reach by virtue of your small size.