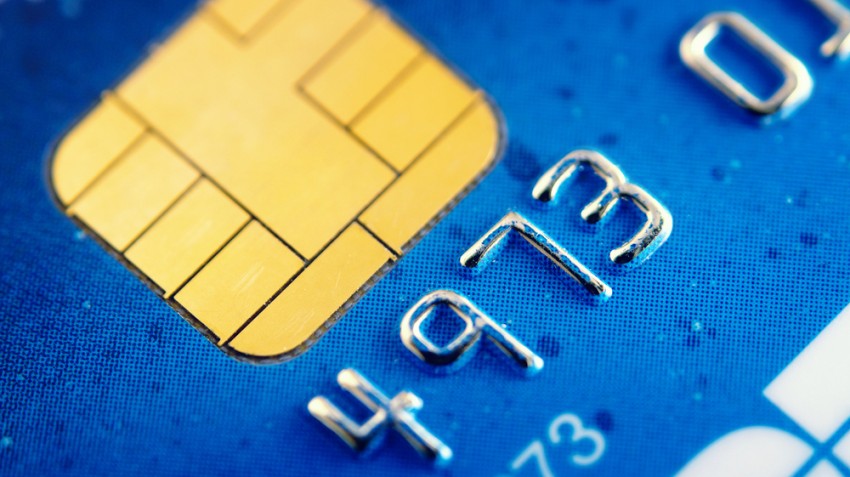 It’s all part of a major shift that experts say will cut down fraud and credit card data breaches — and bring the United States more in line with the rest of the world.

“Many other countries have shifted or are in the process of shifting to what is known as EMV ‘smart cards’ – or chip and pin technology, which utilizes multiple layers of security…. Total fraud losses dropped by 50 percent and card counterfeiting fell by 78 percent in the first year after EMV smart cards were introduced in France in 1992. The United States has lagged behind because replacing all payment cards, updating ATMs to accept the new cards, and updating the terminals in retail stores all cost money.  We believe it is money well-spent, and it is a penny-wise pound-foolish philosophy to wait any longer, particularly when the burden of guarding against harm following a breach falls most squarely on the shoulders of innocent consumers whose data was compromised.”

In an op-ed at CNBC.com, Chris McWilton, president of North American Markets at MasterCard, pointed out that magnetic stripe technology was new … way back in the 1970’s.  Fast forward 40 years, and technology has advanced.  Yet, the United States lags behind Europe and Asia in adopting chip-based cards, which are “widely used” there, he wrote.

Why are they more secure? Microchips in the credit cards contain more data than magnetic strips.  That makes the microchip cards harder to counterfeit. The data is also encrypted, making it harder to steal credit card data.  And the use of a PIN number cuts down on unauthorized transactions by anyone other than the rightful owner of the card.

What Merchants Need to Know About Chip And Pin

Here’s what you, as a merchant, need to know as we head toward this credit card industry shift by October 2015:

Microchip cards become common — You will be seeing more customers between now and October 2015 with cards containing microchips.  You can recognize the cards from the square chip (see image above).  Some banks have already started issuing chip credit cards.  More will follow.

Liability shift will occur — MasterCard and Visa say they are not mandating the change, but are encouraging it by a liability shift.  What this means is, if as a merchant you’re still swiping and not using the chip for credit card transactions, you could end up with liability in a fraud situation.  Speaking in the Wall Street Journal, Carolyn Balfany of MasterCard said:

“So if a merchant is still using the old system, they can still run a transaction with a swipe and a signature. But they will be liable for any fraudulent transactions if the customer has a chip card. And the same goes the other way – if the merchant has a new terminal, but the bank hasn’t issued a chip and PIN card to the customer, the bank would be liable.”

Through the liability shift, MasterCard and Visa are trying to encourage all players in the marketplace to adopt the new technology.

New card readers required —  By October 2015, you will want to upgrade your credit card terminals to accept the new chip-based cards, if you haven’t already. Because of the microchip, a new type of reader will be required that can read the data on the chip.

Processes and staff training must be updated — Moving to chip based cards and pins may not be a big change to some small-business merchants.  For other small businesses, it may require fundamental changes in process and staff retraining.  One such example is restaurants that today take the credit card away from the table to process it.  According to Heartland Systems, “Businesses that typically have “back-of-store” terminals (like restaurants) will have the greatest paradigm shift as terminals will have to be brought to the cardholder to input a PIN.”

Contactless cards are different — The chip based cards are not necessarily the same as “contactless cards,” so called because they don’t need to be swiped (today) or inserted into the reader (future).  In fact, mobile devices, key fobs and other devices can also be used for contactless transactions — it doesn’t always have to be a plastic card. Contactless cards or devices send a radio frequency signal a very short distance to process the transaction.  That means they need only be tapped on the credit card terminal or can be waved very close to it – at most a couple of inches away.

Educate yourself on all implications — Carefully read all communications from MasterCard, Visa, your credit card processor, and POS system provider. You will want to understand all the practical aspects and costs of making the shift.  More information on the chip and PIN shift can be found at MasterCard and also at Visa.