Are You Discriminating Against Women Employees Without Even Knowing It? 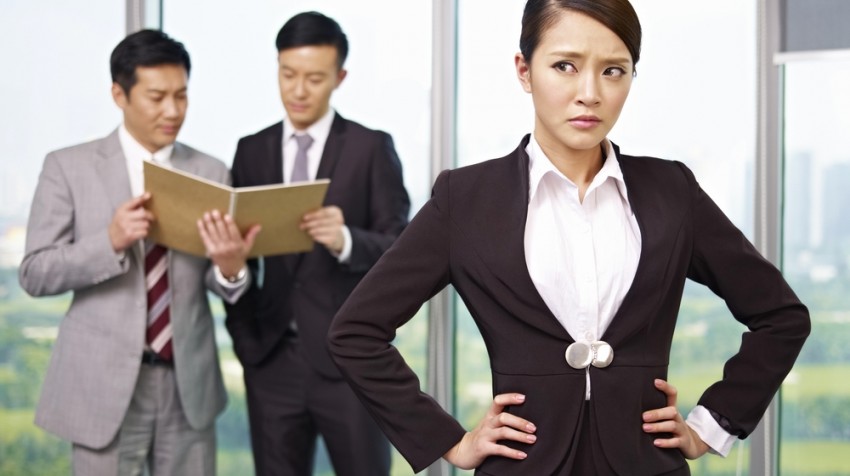 The collaboration between Getty Images and Sheryl Sandberg’s Lean In organization to make stock photos less sexist is getting a lot of publicity. It’s also a great example of how stereotypes find their way into our minds. When we see businesswomen portrayed in photos as weak, ineffective or overtly sexualized, it has a cumulative effect on how we think about women in the workplace.

A Pew study about men and women at work reveals how stereotypes about working fathers and mothers are having a negative effect on women in the workplace.

Discrimination Against Women in the Workplace

The intensive investigation into how men and women balance work and family found that even when men and women do the same things to care for their families, such as cutting back hours or taking time off from work, it disproportionately affects women’s career progress more than men’s.

Could you be discriminating against female employees who have children without even knowing it?

Overall, 27 percent of working parents in the study say being a working parent made it harder for them to advance in their jobs. Just 7 percent percent say this made things easier.

However, there was a major gender gap:

While you might think Millennials would be better at the whole “balancing act,” in fact, Millennial working mothers were even more likely to say that having children hinders their career advancement, and the gender gap was even bigger for them. Fifty-eight percent of Millennial mothers, compared to 19 percent of Millennial fathers, say being a parent makes it harder to advance in their jobs.

Of course, part of the traditional justification for women’s careers being negatively affected by motherhood is that women are more likely to take time out of the workforce to raise children. About half (53 percent) of working mothers with children under age 18 have taken a significant amount of time off from work, while 51 percent have reduced work hours, to care for a child or other family member.

However, the study found that taking time off, reducing hours or refusing a promotion in order to care for a family member was far more likely to hurt a woman’s career than a man’s. Thirty-five percent of women who took significant time off to care for a family member say it hurt their career, while just 17 percent of men who did the same say their advancement was hampered.

Are You Guilty of Stereotypes Against Working Moms?

Is a mom who takes time off, needs flexible hours or refuses a promotion seen as unreliable and uncommitted?

While for a man, do you see these acts as short-term needs that you’ll have to accommodate for a little while, but soon dad will be “back in the saddle” and ready to commit wholeheartedly to work again?

Just because you’re offering flextime or time off doesn’t mean you can’t be guilty of stereotyping. Are you offering working dads more challenging assignments or bigger clients, while assuming working moms won’t have time or dedication for such career-advancing projects?

Next time you think about who to promote, take a long, hard look about whether gender issues are entering into the equation. You might be surprised at what you find when you’re willing to look at the whole picture.