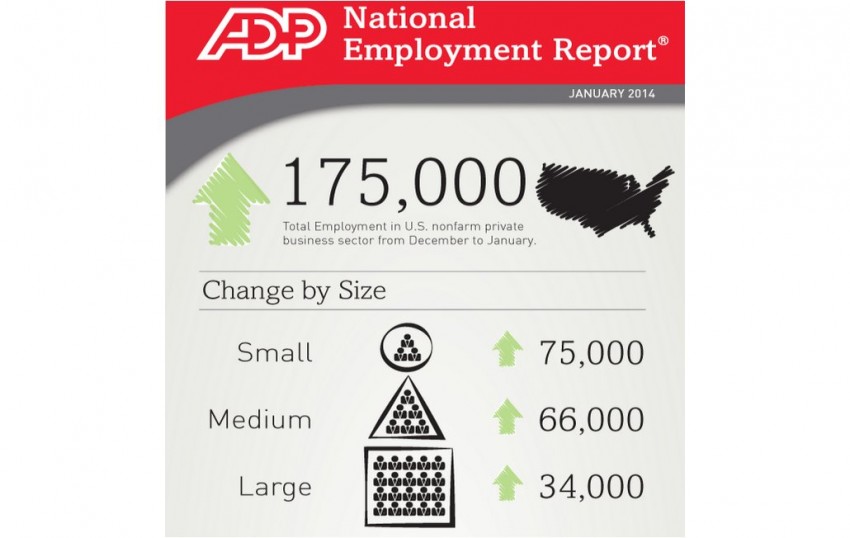 Small businesses created almost double the new jobs in January 2014, compared with large businesses. And when you add growth among medium-sized businesses to the employment growth in small businesses, the numbers swamp the job growth of large corporations.

The ADP Employment Report showed that private-sector jobs grew by 175,000 during the month.  That’s a considerable drop compared with November and December.  However, that is “in line with the average monthly growth throughout 2013,” said Carlos Rodriguez, president and chief executive officer of ADP.

And what types of industries are creating these jobs?  Well, it’s not manufacturing. Manufacturing jobs show a loss of 12,000 for the month.

Construction jobs were up.  Don’t get too excited, though. Professor Scott Shane has pointed out that the long term trend in construction startups is actually downward.

By far, most of the new jobs came from the service industries (160,000).  A large chunk of those were professional and business services. Transportation and utilities also grew.

ADP collects statistics based on actual anonymous payroll data from businesses that use its payroll services.  This data covers nearly 24 million U.S. workers. Then estimates are created for national employment numbers in collaboration with Moody’s Analytics.