Language of Leadership: Constructive Versus Destructive 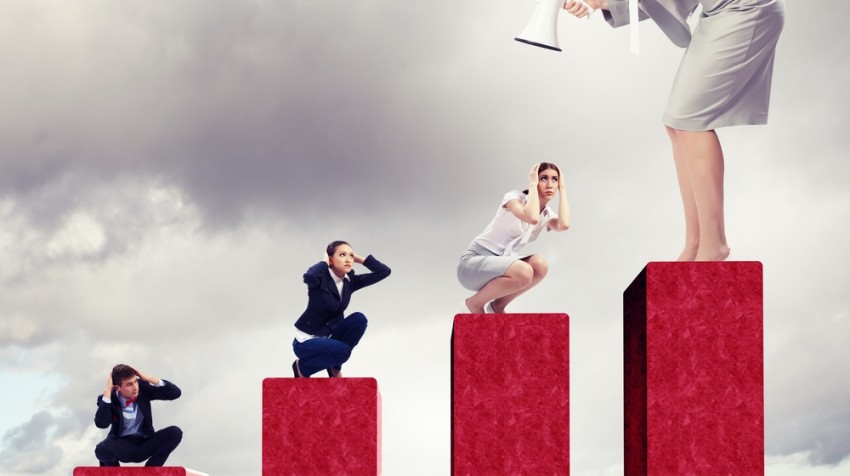 On February 3rd Jeremy Kinsley was a guest on Entrepreneur’s Insight radio show. He talked about how inspired leaders produce results. I had the pleasure of being the follow up guest.

The host, Kip Marlow and I spent some time exploring how leaders communicate. While many people are given the title of leader, a lot of them don’t elicit results because they don’t communicate in a way that inspires action and results.

Having studied leaders for several years there are three distinct behaviors that I see real, impactful leaders engage in.

Good leaders communicate in a way that elevates people instead of tearing others down. These leaders seek to solve problems and create long term solutions. When their focus is on improvement they speak openly, honestly, and consistently. They always have their eye on progress and success.

Constructive communication drives performance. It’s foundation is that the employee is capable and driven but has run into a snag. Working with them on that snag with a goal of removing it leads to greater results.

When someone is guided to identifying why something has happened and how they can change, they are likely to embrace the lessons and grow as an impactful member of the team.

People who communicate destructively have changed the goal. Whether they realize it or not, their focus is on making someone else feel small.

When people feel small – they don’t perform to the height of their ability. They are not motivated to succeed.

When you include others in the conversation you are telling them you trust them and believe in them. Leaders understand that not all input will be actionable. That’s not the point. The point is to get everyone thinking about growth, solutions, and success.

Better to solicit their input – than to always be telling them. People respond to being communicated with more than being talked to. They are also more likely to follow through with a plan they have had a role in creating.

A true leader addresses this situation directly with the employee. A true leader doesn’t emotionally react to the issue by sending a blast email to all of the team members. A true leader also doesn’t avoid dealing with it.

This is how they tell the rest of the staff that the goals of the company are paramount.

Example of a Non-Leader: Destructive | No Input | Emotion Filled

A sales manager calls a member of the sales team into their office and begins to berate him for a lack of sales. Everyone in the department can hear the sales manager even though the door is closed. Besides the fact that the sales manager is emotional and yelling at the salesman, he/she is also criticizing him and using negative pejorative labels like “lazy,” “inept” and “stupid.” He/she ends the diatribe with a threat to the salesman’s employment status.

Moreover, the rest of the sales staff has been negatively impacted by the event. So, the sales manager has created more problems while not solving the lack of sales issue.

A sales manager calls a member of the sales team into their office to discuss the salesman’s lack of sales. The first thing the sales manager does is ask the sales person to share his experience. How is he approaching the process? Where is he running into a disconnect? How is he communicating with prospects and clients?

The sales manager then starts a collaborative conversation around alternative processes. The goal is to help the salesman create a different process that should bring greater results.

The result: Together they create a process the salesman can implement. The entire conversation is focused on problem solving. The salesman leaves the conversation with a plan and a belief that he can succeed at the plan.

The rest of the sales staff understands that the goal is for everyone to be successful; that when the salespeople are successful the company will be.

Anyone in a leadership role is better off communicating in a constructive, unemotional way that elicits involvement and buy-in. Then they will be a leader who others want to follow.

Diane Helbig is a Professional Coach and the president of Seize This Day. Diane is a Contributing Editor on COSE Mindspring, a resource website for small business owners, as well as a member of the Top Sales World Experts Panel at Top Sales World.
9 Reactions
Subscribe
Follow @smallbiztrends
RSS LinkedIn Pinterest iTunes