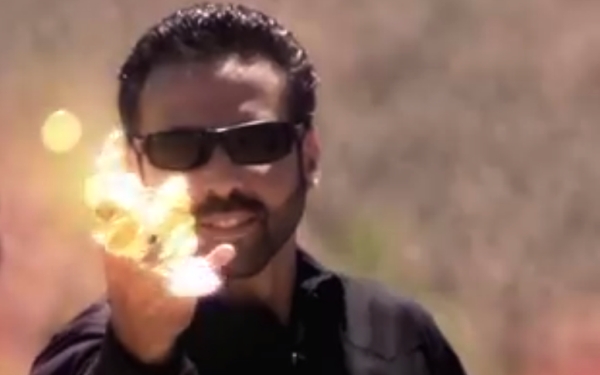 If you own a local business, how would you like your video ad to be viewed more than five million times in just over a week? Yeah, we thought so.

Well, that’s what happened to personal injury lawyer Jamie Casino (real name Jamie Biancosino) when he posted a video he had made for local airing in the Savannah, GA, area during the 2014 Super Bowl, to YouTube.

Of course, Casino’s ad was not seen nationally at first like those of many of the major Super Bowl sponsors. But the video has created a huge following online0, much more than would ever have been possible with Super Bowl viewers in the Savannah market alone.

The key to the ad’s success may be the video itself. And what a video it is! Casino, a Philadelphia native, told his hometown paper recently:

“You take a big chance when you do things like this. But I’d do it again. No matter what.”

He says the spot is not so much an ad for his law firm (though, clips from his law ads clearly appear at the beginning of the video). Instead, the ad is a tribute to Jamie’s brother Michael who was killed in a shooting Labor Day 2012, he says.

If we are to believe the narrative of the video, Michael’s death turned his brother Jamie’s life around.

It is a journey from an attorney who says he once represented real “villains” (for hefty sums) to a lawyer championing victims who, he says, cannot speak for themselves.

We see dramatizations of a man who is supposed to be Casino sitting in dark room. He’s apparently with some of the villains he once represented, at a table piled with money in front of him.

Other scenes include Casino being told by police about his brother’s death. And then there’s the scene of his young son asking him what he does at work.

Perhaps most attention grabbing is a scene of Casino standing at what we assume is his brother’s grave and then smashing the gravestone with a hammer.

Not everyone views personal injury law as a noble calling, but Casino makes it appear that way.

Some are also unhappy with the video’s subject matter, of course. The family of a second victim in the shooting was upset with the ad for publicizing the event.

But Casino’s video was clearly bigger than the local Savannah market he originally sought to reach. Unique content like no other was enough to give it a much larger following online.