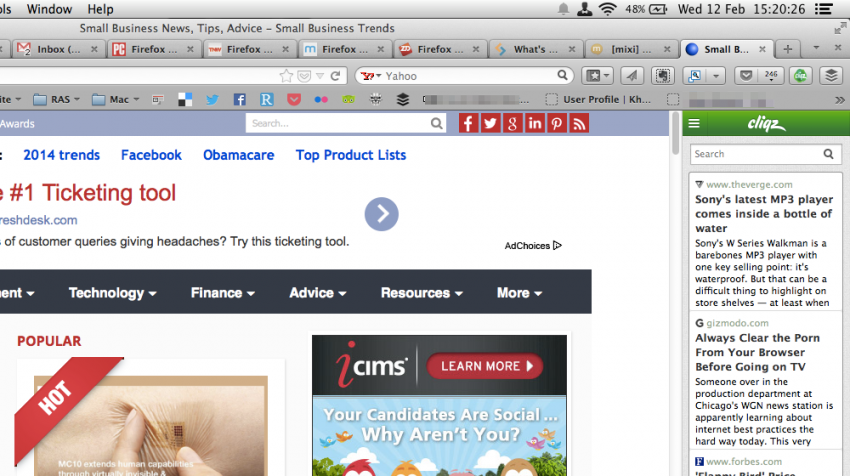 When you go online, you can be assured of two things. First, is that hacking is a very real possibility which must be guarded against at all times. And second, is that there are more social networks than you can shake a stick at. The arrival of the newest version of Firefox, the Firefox 27 browser – barely 2 months after Firefox 26 came out – addresses both those issues, and more.

The popular browser allows you to run more than one social plugin at a time, via its social API (how developers access the platform) and provides better security while visiting the many websites you do in a day.

First, the social API is a big feature upgrade. Before, it was limited to just one social plugin, but now you can run more simultaneously. According to ZDnet, there are currently three plugins available – Facebook Messenger for Firefox, Cliqz, and Mixi (only available in Japan). But PC Magazine is also reporting that the browser now also supports Delicious, and Saavn (an Indian music player)

In the screen grab above of Cliqz, you can see how the right-hand pane stays up and running while the main browser window is on another site. This can be useful, but if you have a small screen, such as a laptop, then having a constant right-hand pane can seriously cut into your screen real-estate.

With regards to the security side of things, Firefox now recognizes the Transport Layer Security (TLS) protocol by default. It did before but it wasn’t switched on. Google’s SPDY 3.1 protocol is also recognized by the browser.

Thirteen security fixes have also been dealt with, making Firefox more secure to use. Techcrunch says that SPDY and TLS are “essentially the successors of the well-known SSL cryptographic protocol.”

The Naked Security blog over at Sophos has listed the patches which have been applied, if you are interested (and can understand them.)

Those who have not installed the browser yet can go here to get the installation file. If you already have Firefox installed, the browser should update automatically (if you have the option switched on in the preferences).