Pebble Launches Its Own App Store, a Place for Users and Developers 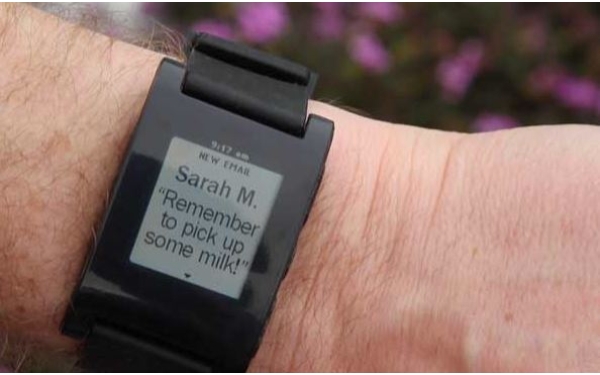 The Pebble Store officially opened its doors this week. The store will allow Pebble’s growing developer community a one-stop shop for their apps and watch faces. The store will bring access to thousands of apps, including Yelp, Foursquare, ESPN and Pandora.

Here’s a closer look at some of the features from Pocketnow:

The Pebble started the trend of checking your watch instead of your phone for email messages and social media updates. Now users will have a place to look for the perfect app to complement it. Once something has been found, two taps will download the app to the watch.

The Pebble is not meant to replace your smartphone, but instead to work alongside it, using Bluetooth. Sales of the watch have been good, with developers offering third-party software. But unlike the other app stores we know and use, Pebble didn’t have its own central place where customers could browse for add-ons…until now.

However, before a new Pebble user gets too carried away with downloading apps, it should be noted that you can only download a maximum of 8 apps at any one time. So the App Store will also be a way to manage the apps that you are not using at the present time, in order to activate new ones.

Pebble tweeted an image of the new store just ahead of the store’s launch last week:

Putting finishing touches on the Pebble appstore over the weekend—check us out on Monday! Looking good so far 🙂 pic.twitter.com/GViqLwyQsV

In the new store, users are able to browse categories, search for a particular app, or see suggestions at the bottom of the screen. Each app has ratings from other users, so you can see which apps are worth using and which should be avoided.