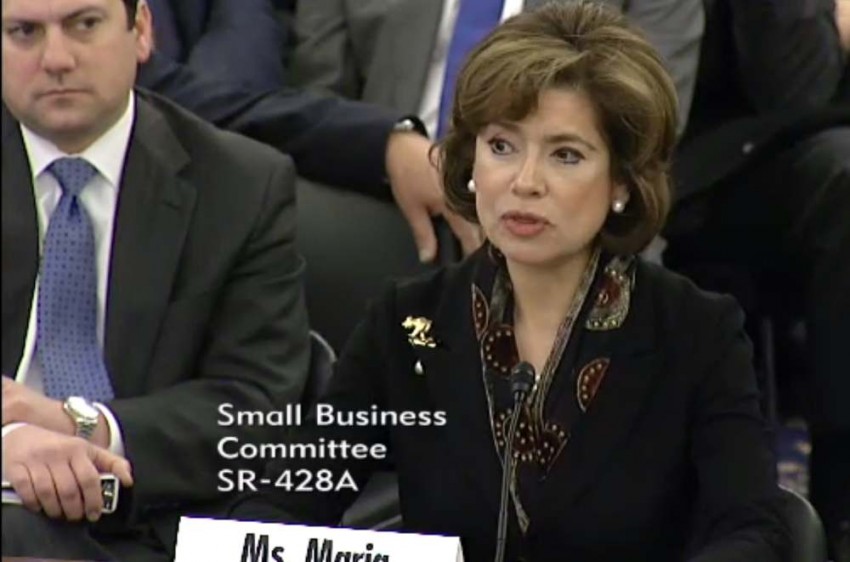 If finally confirmed, the newly nominated chief of the U.S. Small Business Administration promised to do more to promote the agency’s services.

Maria Contreras-Sweet said at her confirmation hearing before the U.S. Senate Committee on Small Business and Entrepreneurship that more must be done to brand the SBA.  “Understand that this is not your grandfather’s SBA,” Contreras-Sweet told Senators yesterday, February 12, 2014.

Currently there are about 2,400 SBA lenders, including ProAmérica Bank, the Latino owned community bank that Contreras-Sweet founded with the help of family and friends.

But the SBA nominee said not enough is done to simplify the process for small community banks that want to offer SBA backed loans.  Contreras-Sweet said more must be done to help these banks understand the process so that they actually want to become an SBA backed lender.

After that, Contreras-Sweet says more must be done to promote SBA backed loans and other products to small businesses. She said that this is because when community banks finally do decide to offer SBA backed loans, they often face a daunting task promoting them in their communities.

However, she also said it would require what she called “de-bundling” larger government contracts often given to much larger corporations to be sure that small businesses get their share.

The position of SBA Administrator has remained unfilled since the departure of former Administrator Karen Mills in February of 2013.  President Barack Obama nominated Contreras-Sweet for the position in January 2014.  Contreras-Sweet is considered to be a well-qualified candidate, given her background and experience, especially her experience starting and running a community bank.