Sony To Sell Its Vaio PC and Laptop Business 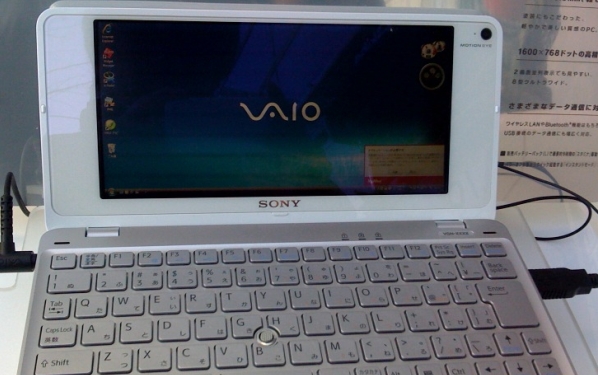 If you’ve bought a Vaio PC or laptop from Sony recently, you won’t be able to for much longer.

Another sluggish quarter selling VAIO computers forced Sony to agree to sell the brand to Japan Industrial Partners (JIP). The deal was announced in the company’s latest earnings report issued this week. Sony said it will also cut about 5,000 jobs by the end of the year.

The sale to JIP will be finalized in March. Sony will stop sales and manufacturing of VAIO after the Spring 2014 product lineup is announced, the company said.

If your business runs VAIO computers, rest assured. Sony said its customers will get “aftercare customer services” on their VAIO products. When it takes over manufacturing VAIO products, JIP will initially focus on selling them in Japan.

With its sluggish computer division out of the way, Sony said it is going to focus on its more profitable products. Chief among them are smartphones and tablets. The company currently markets the Xperia line of smartphones and tablets in the U.S. The latest, an unlocked high-end Xperia Z1 smartphone, will set you back $600, according to the Sony website.

Smartphones and tablets have done well for Sony recently. In the last earnings reports in late October, Sony said that smartphone sales were up 39.3 percent, according to an Engadget report. In the latest report, Sony said sales of all mobile devices were up 44.8 percent over this time last year. The company said that a higher volume of sales at higher price points has contributed to the success of its mobile products division.

Overall, Sony said it expects to lose $1.1 billion this year. It was expected to actually see a profit of about $300 million when it last forecast its yearly earnings ending in March. Sony said that it experienced a “significant decrease” in PC sales during the last quarter, especially. Last year, the company introduced the VAIO Duo 13, a tablet/laptop hybrid.