Upstart: Backers Invest in You, And Your Future Earnings Repay Them 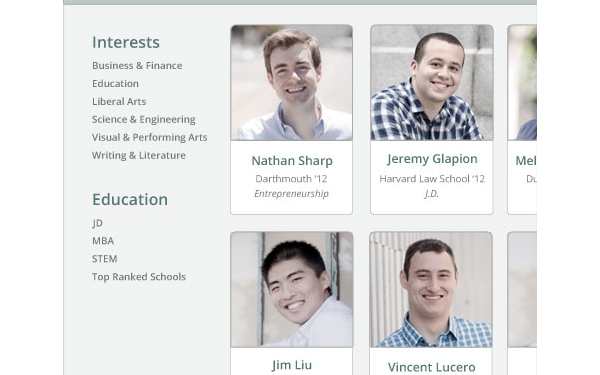 It is the curse of a college education. You leave with an impressive qualification which can set up your career and set you on the road to success. But with it comes the crippling baggage of student loans — some of which can extend into the hundreds of thousands of dollars.

So how can these former students get out from under this debt and be able to strike out into the world, and even start a business? One option is to turn to Upstart.

Upstart is a new type of funding site, created by ex-Googler Dave Girouard. Think of Kickstarter but instead of individual projects, it’s all about people. Applicants put themselves forward on the site for funding – in effect offering themselves as a long-term investment.  The site says:

“Venture capitalists say they invest in people, but our backers do it for real. While most new businesses fail, talented people tend to succeed over time. And by supporting upstarts with advice and introductions, backers can help them – and their investments – go further.”

In return for backing a person, the Upstart backers are given a cut of that person’s earnings for a fixed term – but only once those are over $20,000 a year.

An applicant has to upload transcripts, GMAT and SAT scores, a resume, and more. Then an algorithm written by Paul Gu, a co-founder of Upstart, determines how good a bet the person is, by calculating future earnings. Several factors are taken into account, in order to decide. This can include things like what qualifications the person has and any previous earnings. Backers can then choose whether or not to invest in you, and even mentor you.

There are some safeguards. What if a successful applicant ends up creating a hugely successful company with millions or even billions in profit? Is it a sudden huge payday for the backers? Not so fast. According to Fast Company, Upstart caps repayments at three to five times the amount of the initial investment.

The site is still in its infancy, though. According to the Upstart website, they have invested nearly $3 million, but show just 329 backers and 242 “Upstarts” as of this writing.

Some have criticized Upstart as indentured servitude or slavery. Will Herman, a Boston angel investor, told CNN that he was one of those critics.

“I can’t escape this feeling that there is this indentured servitude thing here,” he says. “You’re really buying into somebody’s salary stream, and I don’t want my hooks into a person like that.”

Yet, if it gives the person the start he or she needs, and backers are limited in the amount they get in return, calling it indentured servitude seems like harsh criticism.

Mark O'Neill is a staff writer for Small Business Trends, covering software and social media. He is a freelance journalist who has been writing for over 25 years, and has successfully made the leap from newspapers and radio onto the Internet. From 2007-2013, he was the Managing Editor of MakeUseOf.com.
6 Reactions
Subscribe
Follow @smallbiztrends
RSS LinkedIn Pinterest iTunes