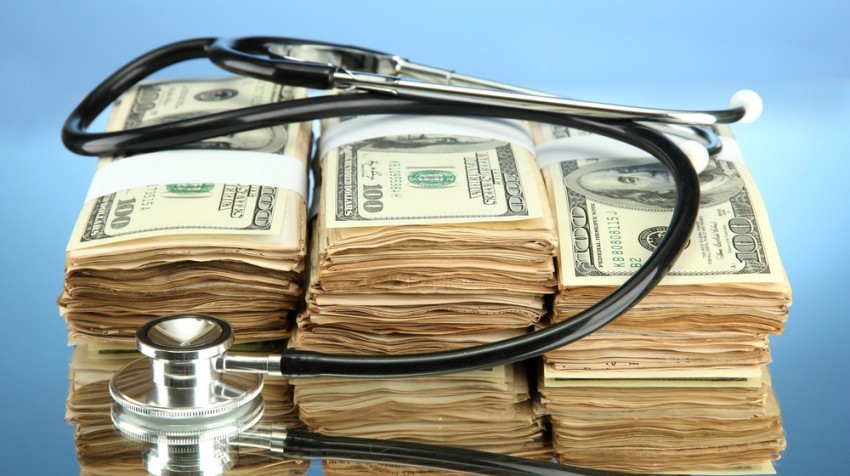 Under the “adjusted community rating” rules put in place by the new law, insurers cannot charge healthier workers less for health insurance than they charge sicker workers the way they can charge better drivers less for auto insurance than they charge worse drivers. Moreover, while the new rules permit insurers to charge older people and smokers more than younger people and non-smokers, the allowable differentials are smaller than what insurers have tended to charge in the past.

These rate increases are the inevitable result of efforts to reduce the cost of insurance for less healthy workers. If insurers can’t charge businesses with older and sicker workers as much as they used to, then the companies with younger and healthier workers will have to pay more. The CMS’s analysts figured out that 65 percent of small businesses have paid lower-than-average premiums in the past and so will face cost increases, while 35 percent paid higher-than-average premiums previously and will get a price break.

How much those premiums will rise is less clear from the report. The CMS identified only one organization that has analyzed the effect of the adjusted community rating on the cost of small business health insurance premiums nationally. That company, Oliver Wyman, estimates (PDF) that small businesses will spend 20 percent more in the fifth year of the new law as a result of changes to the adjusted community rating rule, and rules on guaranteed issue and insurance renewal combined.

Because the CMS does not expect the guarantee or the renewal changes to affect premium rates, the Oliver Wyman finding suggests that small business health insurance premiums will be 20 percent higher than they otherwise would have been because of the ACA community rating rule.

That’s a sizeable increase. The Kaiser Family Foundation reports that premiums for individual coverage in small businesses averaged $5,683 annually in 2013, and premiums for family coverage averaged $15,581.

Workers will end up bearing a sizable chunk of this bill. Most economists believe that business owners will pass the increase in health insurance premiums on to their employees by reducing raises because business owners generally respond to increases in benefits costs in this way.

But even if small business owners don’t ask workers to pay for a higher fraction of health insurance premiums in response to the ACA-induced price increases, many workers will still be hit by the price increase. The Kaiser Family Foundation reports employees at businesses with between 3 and 199 employees already pay an average of 16 percent of the cost of individual health insurance premiums and 36 percent of the cost of family premiums.