Honesty Is The Best Policy, But Not for the Reasons You Think 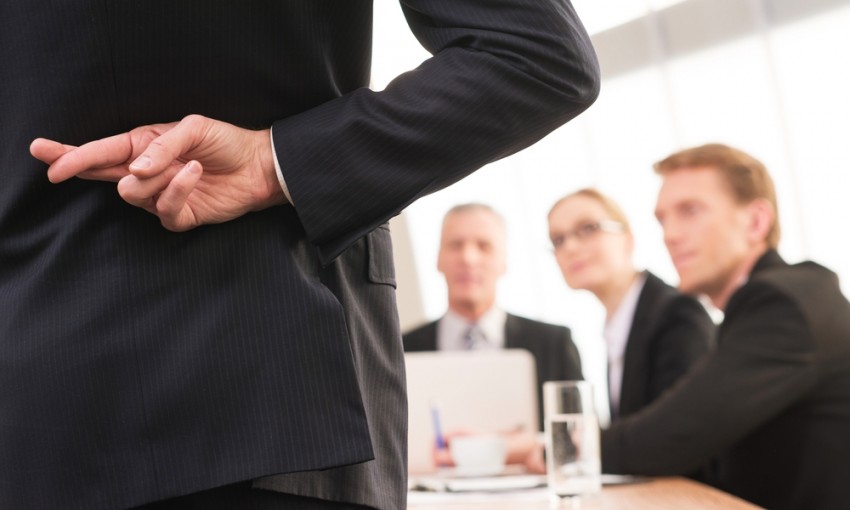 We all know the damage done when being less than honest with our clients, customers and partners. But the cost of lying in business can be much more than we think.

In a conversation with an investor she calls “Peter,” Tech Entrepreneur Rebekah Campbell says she learned the damage lying does to businesses in general.

That’s not just because of the damage to a company’s reputation when a lie is found out. Campbell shares some interesting statistics about the number of lies many people tell in a day.

Quoting from data in a University of Massachusetts study on the topic, Campbell noted that:

With all these people telling so many lies, you might wonder, why is it even important at all to be truthful?

Certainly we need to maintain a positive relationship and sense of trust among customers, partners and co-workers. But when business leaders lie, Campbell writes in a “You’re The Boss” post for the New York Times, they commit themselves to an alternative version of reality:

“Peter maintains that telling lies is the No. 1 reason entrepreneurs fail. Not because telling lies makes you a bad person but because the act of lying plucks you from the present, preventing you from facing what is really going on in your world. Every time you overreport a metric, underreport a cost, are less than honest with a client or a member of your team, you create a false reality and you start living in it.”

And that false reality eventually takes so much effort to maintain, it starts to interfere with your real business:

“You know the right path to take and choose another, and in so doing you lose control of the situation. Now, rather than tackling the problem head on, you have to manage the fallout from the lie. I know people who seem to have spent their entire careers inflating the truth and then fighting to meet the expectations they have set.”

Lying in a business organization results in lack of trust among co-workers and partners. And eventually, it results in poor productivity and a high turnover rate.

Honesty, on the other hand, leads to many positive results, Campbell insists. Be honest with a customer, client or investor about something they could not have found out about on their own. You’ll find it builds trust in your business and may yield unexpected results.