Why Businesses May Need to Learn To Tango 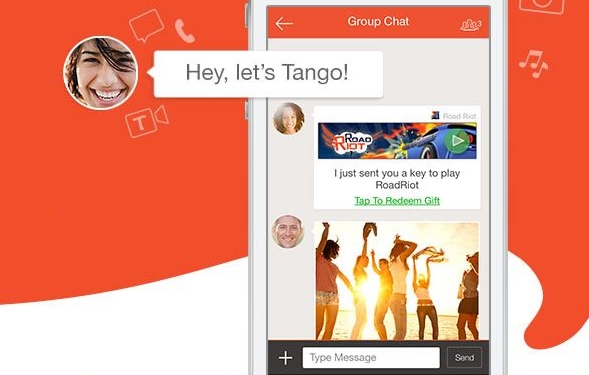 Move over WhatsApp and WeChat. A new revamped version of  a five year old communications app called Tango offers a combination of services.

Originally introduced in 2009, it has since evolved into a communications tool offering not only competition to other messaging apps, it also offers voice and video  conferencing services like Skype and Google Hangouts. There are features similar to social sites like Facebook and Twitter, too.

Here’s a look at how to Tango:

A post by founders Uri Raz and Eric Setton on the official Tango blog says more than a million users registered for Tango in the first 10 days of its existence. Today there are more than 200 million users. A recent Re/Code report suggests that about 70 million of those users return on a monthly basis.

Tango is available on iPhone, Android, and tablet devices. The app is free on all platforms and works over 3G, 4G, and WiFi connections.

The importance of messaging apps for quick and inexpensive communication has been a constant topic in the news lately. For example, there was the Facebook acquisition of WhatsApp recently, with its hundreds of millions of users. Many of these apps have begun to eclipse social networks like Facebook and Twitter especially as a destination for younger users.

On the Tango blog, co-founders Raz and Setton explain:

“The sheer power of free communication has changed the way we connect with others. Today, the amount of texting from over-the-top messaging apps surpasses carrier SMS. We’re proud that Tango has become a part of this industry disruption …”

The service competes with Skype, which has taken over as an inexpensive alternative for much international calling. It offers free voice and video conferencing. Tango has offered VOIP services from the beginning and the company’s website says a group call on Tango can include up to 50 contacts.

Tango offers a social media experience by offering each user a profile. You can update your status and even share photos and video with your contacts. The social media element also allows you to connect with people you don’t know. The app gives you suggestions of possible contacts based on your mutual friendships. It also makes suggestions based on your current contacts list on your mobile device.