6 Tactics To Drive Traffic To Your Tradeshow Booth 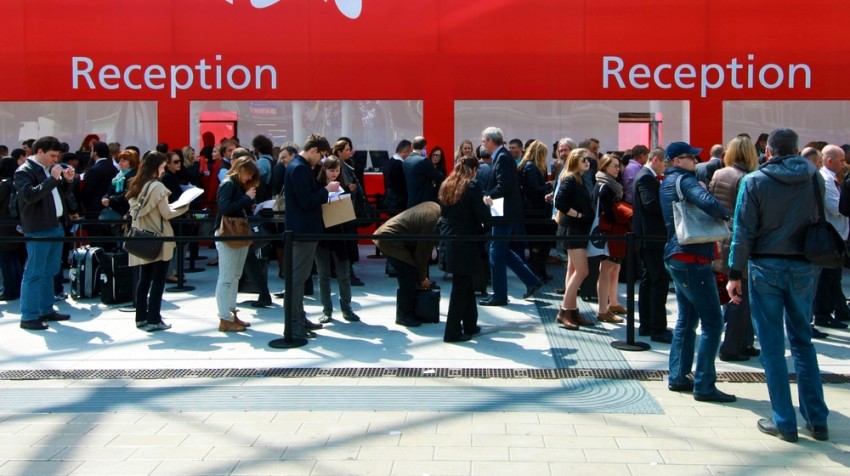 With the time and expense involved in attending a trade show, you want to take every step possible to get crowds to your booth. Nobody wants to be one of the lonely tradeshow displays no one stops at except to ask where someone else’s booth is. Here’s how to assure your tradeshow booth display is one of the top attractions at the event.

How to Drive Traffic to Your Tradeshow Booth

Social media is really starting to become the way to reinforce and drive traffic to your tradeshow event.

During the tradeshow, keep the conversation going. Offer freebies and prizes for anyone who retweets or shares your news. Also, keep an eye out for any comments attendees make about the event or your booth. Address problems quickly so people are satisfied. If possible, set up a live newscast from the booth to let everyone know what’s going on and what’s coming next that they won’t want to miss.

You could even use proximity marketing to engage attendees in addition to your social marketing once they’re at the event. As they near your booth, messages can be sent to their smartphones containing special offers for stopping in, tempt them to play a game at your show booth or any other message you’d like to send.

After the event, keep the excitement up with follow-up posts thanking attendees and touting the success of the booth. Be sure to post lots of pictures and videos for people who missed the tradeshow.

People get hungry and thirsty during a tradeshow, and food or drinks can be scarce or expensive. So if you’re providing refreshments, you’ll be a popular stop. Coffee, tea, cookies, cupcakes, muffins, and bottled water are all appreciated.

Even the other vendors will be coming to see what’s going on.

Booths with lots of visitors tend to attract more visitors, because no one wants to miss the most popular attractions.

Definitely craft an interesting, informative presentation, but keep it short. You don’t want people to get tired of watching and mosey on. Use graphics, video, and sound as much as possible. You can even incorporate augmented reality into your trade show display booth space.

Emotionally uplifting, funny, scary, and useful presentations are all effective, but use emotion to make it intriguing.

One way to keep people around longer is to use comfortable tradeshow flooring. Tradeshows are usually held on concrete surfaces, and people get tired legs and feet. If your tradeshow booth is the most comfy to stand around in, people will stick around longer and hear your entire message, even after they’ve been on their feet for hours.

Tradeshows are virtual deserts for a comfortable seat. While your booth may be limited in size, try to get one large enough for a few seats. This will be greatly appreciated by attendees carrying heavy bags, older visitors, and those with back or leg problems.

Also, the longer they sit, the more time they have to contemplate your sales message. Show your compassionate side by reserving special seating for expectant mothers or senior citizens.

Not everyone will hear your social media messages and advertisements on radio or TV, so make sure your tradeshow booth attracts attention from across the room. Use lots of color, attractive graphics, and some music to lure them in.

What tactics have you seen that have been effective in driving traffic to your tradeshow booth?