12 Entrepreneurs Who Are Flourishing on Amazon

Amazon is becoming an increasingly popular place for entrepreneurs to reach consumers. At first, it was mainly authors who found success selling their work, but now there are varying types of small businesses finding success on the site.

Amazon is now giving entrepreneurs the opportunity to share their success stories. Below are 12 different types of small businesses that have experienced success with the eCommerce giant. 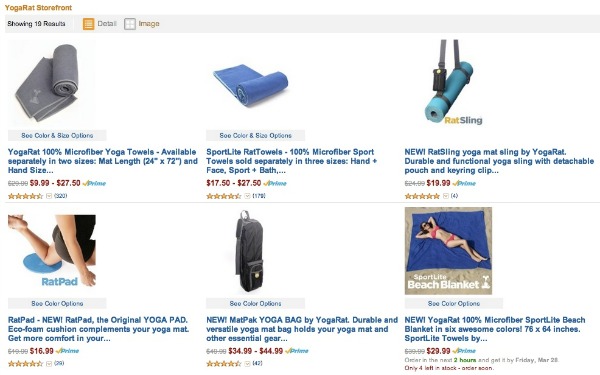 Wendell Morris was an Emmy-winning writer in Hollywood when he decided to start his own business. YogaRat is a retailer of yoga mats, bags, towels, and other yoga gear. An experienced yoga student, Morris launched YogaRat before leaving his writing job. But his Amazon sales grew, and YogaRat now has an eight-person staff and Morris claims to be happier than ever. 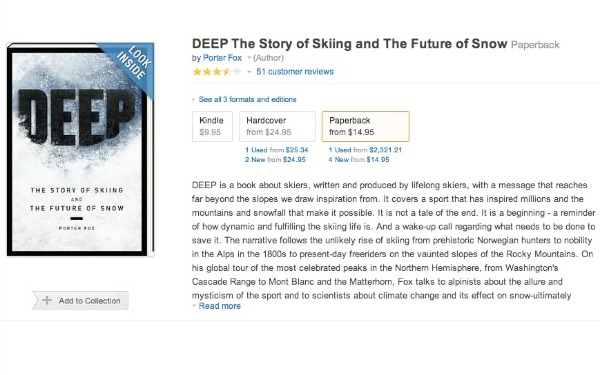 Porter Fox is the author of the independently published book, Deep: The Story of Skiing and the Future of Snow. Without a big name publisher, many distributors wouldn’t stock the book without strong sales numbers. Amazon gave Fox the opportunity to reach consumers and made it possible to put the word out about his book. 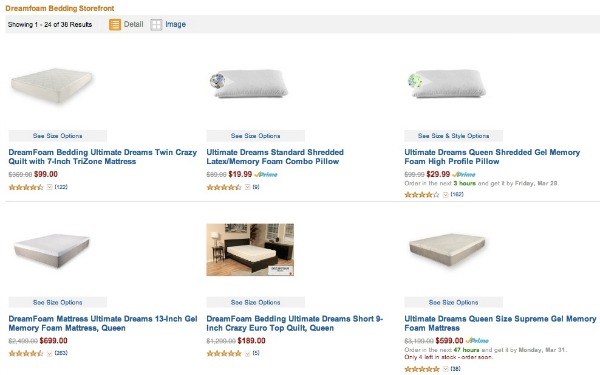 John Merwin owned a chain of mattress retail stores in Arizona and Utah. But the recession was in full swing and Merwin knew that more and more customers were shopping online. So he began listing customizable products in the Amazon Marketplace to complement his retail locations. 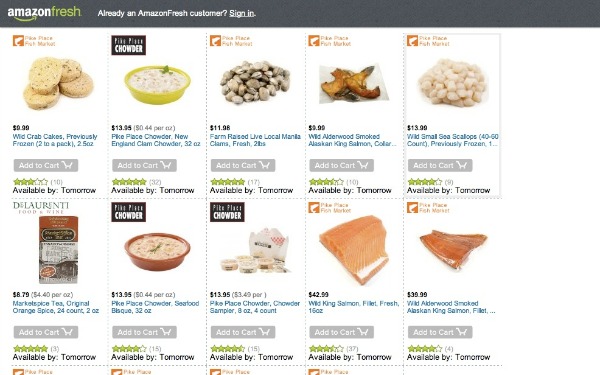 Seattle-based Pike Place Fish Market already had a local presence before the AmazonFresh delivery service launched in Seattle in 2007. Because of the service, the business now reaches even more customers who can’t get to the market or would rather shop for their food online. 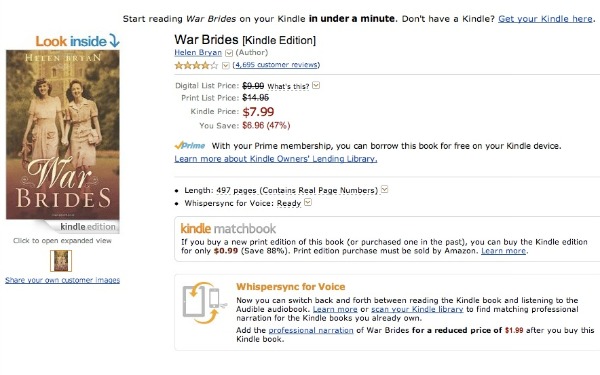 Helen Bryan originally released her novel, War Brides, through a British publisher. But the book went out of print in 2010 after selling few copies. She wanted it to reach more consumers and eventually chose to re-release the book with Kindle Direct Publishing. She has also released other books on Amazon since. 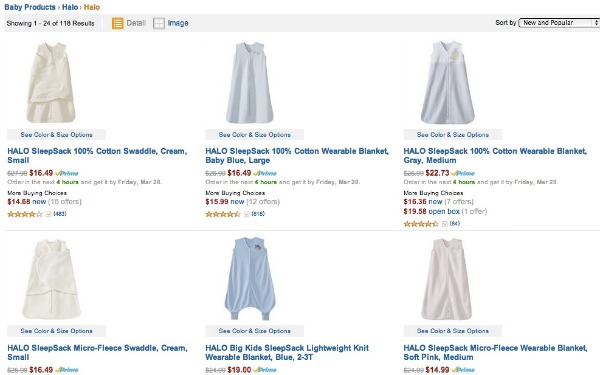 Bill Schmid originally created the HALO SleepStack, a type of wearable swaddling blanket to help avoid SIDS (sudden infant death syndrome), as a way of honoring his daughter who died as an infant. He began selling the product on Amazon, and now creates several different varieties. He has a team of 23 employees with a business that continues to grow. 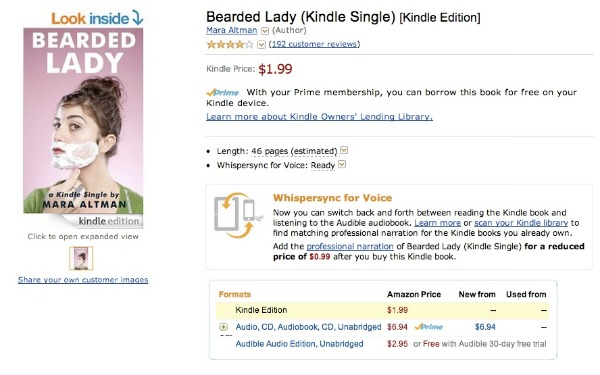 Journalist Mara Altman originally worked with a literary agent when starting her career as an author. But when her first novel was rejected, she instead turned to Amazon’s Kindle Singles. It’s a platform that publishes journalism, memoirs, fiction and essays that are shorter than books but longer than magazine articles. 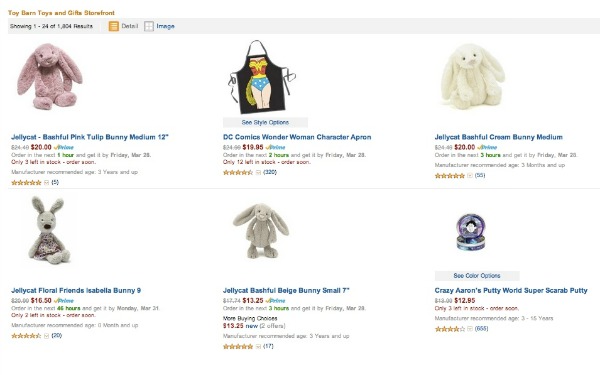 Sandy and Doug Powell owned a local toy store in Eureka, Calif. But when the recession hit, they had to make some changes. They first tried setting up their own website to replace the brick-and-mortar store. But the couple found it easier to list products on Amazon instead. The store now makes more sales than they did at the retail location. 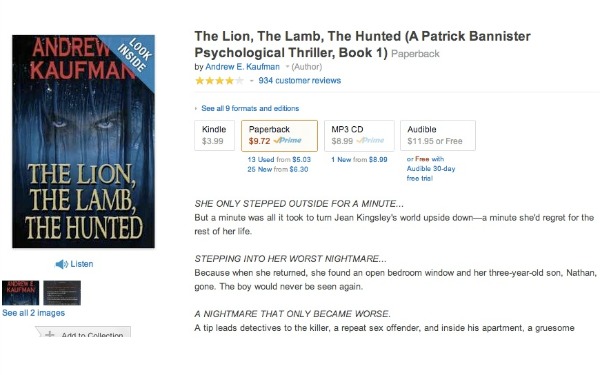 When TV journalist Andrew Kaufman couldn’t find a literary agent or publisher for his first novel, While the Savage Sleeps, he turned to Kindle Direct Publishing. The novel reached the number one spot for Kindle books in its genre, and Kaufman’s since released a second novel under KDP as well. 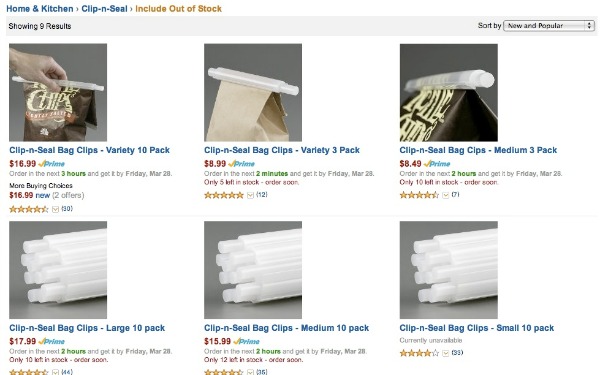 D.L. Byron invented a product to provide a tight seal for bags. He began just selling his product on Amazon. But now he also uses Fulfillment by Amazon to ship inventory and fulfill customer orders as well. He says this makes running his business as simple as possible. 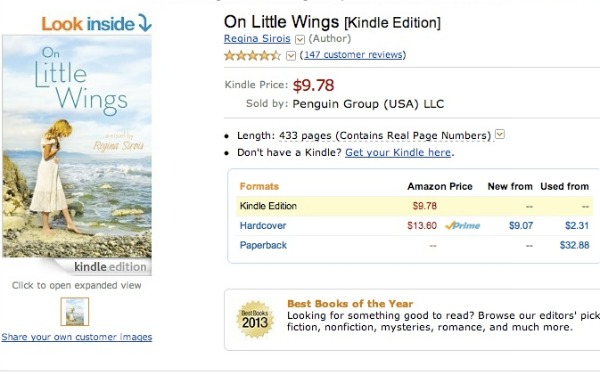 Regina Sirois didn’t get much of a response when she sent her first young adult novel, On Little Wings, to literary agents. But she wanted a few copies for herself and to give to her daughter on her sixteenth birthday. So she ordered them on Amazon and uploaded a copy for Kindle users so that her friends could read it. About 85,000 Amazon customers bought it during the free period, and even more have purchased it since. Now, Sirois is working on her third novel. 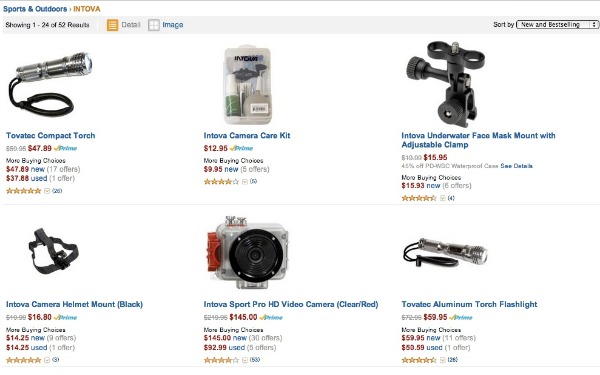 Joe Ganahl first started Intova Sports, a retailer of waterproof cameras, flashlights, and other equipment for divers and adventure seekers, near his home in Hawaii. But he soon found that there were a lot of added expenses to doing business in an isolated location like Hawaii. Once he was ready to expand beyond local retailers, he turned to Amazon and was able to reach customers around the world without relying on a large brand name.