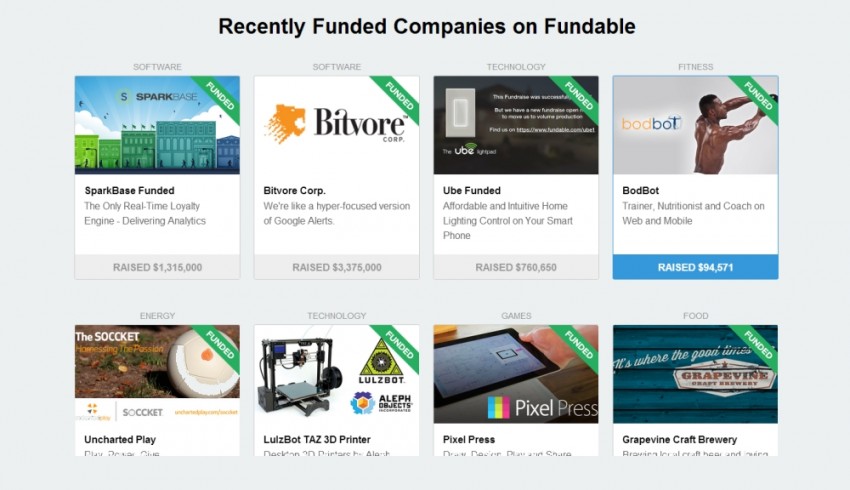 Fundable, a crowdfunding platform based near Columbus, Ohio, has acquired LaunchRock, a platform for promoting new business ideas.

LaunchRock is a site where entrepreneurs with new ideas can set up a simple landing page and attract pre-launch attention, and collect contact information from interested parties.  The concept behind LaunchRock is that you can start getting valuable interest in your idea, even before you’re ready to launch.

LaunchRock has 10 million users.  Now LaunchRock is part of Fundable.

Fundable, which also runs Startups.co, focuses on crowdfunding via angel and venture investment.  Wil Schroter, Founder and CEO of Fundable, said in a prepared statement, “We’ve quietly helped businesses crowdfund over $87 million in commitments and we’re excited to bring crowdfunding to entrepreneurs in the early stages of creating a business.”  Fundable says its average amount raised is $175,000 — or 12 times higher than the average amount raised on Kickstarter.

The price of the acquisition was not disclosed. Employees of LaunchRock will join the fundable team.

Startups.co, which is a site owned by Fundable, sent out an email to its members this morning, positioning the move as offering more features and benefits to Startups.co users.  The partial text of the email reads:

“What Does This Mean for Startups.co Users?

You now have access to an incredible tool to make your business idea a reality. We are now offering our Startups.co users a full suite of LaunchRock products at a discount.

:: Branding — complete logo and brand design
:: Explainer Video — telling your story with a compelling video
:: Launch Plan — turnkey solution to promote your business and build a following
:: Crowdfunding Plan — turn your following into investors with crowdfunding”

According to Fundable, the combined entities now have 10 million registered users, 500,000 startups with 15,000 new startups per month signing it.  And 42 venture capital and angel investors join Fundable with the move, including  500 Startups, Trinity Ventures, and Quotidian Ventures.

Yes, crowdfunding is definitely a hot space these days.