Gene Marks: The Fate of Bitcoin Is In The Hands of Jeff Bezos

There’s a great deal of talk around the bitcoin virtual currency – both good and bad talk. Gene Marks, a small business expert and writer for outlets like Inc., Forbes, the New York Times and others, recently wrote about the one person he felt could “legitimize” bitcoin into the mainstream.

I caught up with Gene to get his take on the current state of bitcoin, why it’s getting so much attention, and why he feels Jeff Bezos is the one who could bring it to the masses. Below is an edited transcript of our conversation. To hear the full conversation, click on the audio player below the transcript. 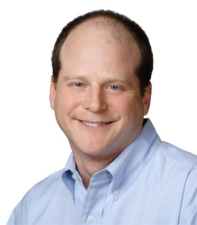 Small Business Trends: Can you tell us a bit about your background?

Gene Marks: I run a 10-person technology firm. My firm sells 5 CRM applications and we provide all of the services around it. We are based outside of Philadelphia and have 600 clients that we serve.

I do a lot of writing. I write everyday for the New York Times and once a week for Inc. and Forbes, Entrepreneur.com, Fox Business, The Huffington Post, and Philadelphia Magazine. I get up early, I do my writing early and then I go run my business. I write about small business management, technology and topics like that.

Small Business Trends: Can you explain a little bit about what bitcoin actually is?

Gene Marks: It is a virtual currency. It is something that you and I could actually create out of thin air if we so choose and if we are smart enough to go through a very complex mathematical algorithm that people can answer and create for themselves.

Bitcoins are created everyday and they have value. They are used, exchanged and traded and now more and more are being used to purchase products from some pretty well-known websites. But the thing about bitcoin is that it’s a virtual currency. So, whether you create your own bitcoins, and believe me, it’s not easy to do, or you buy bitcoins with actual dollars and store them in a virtual savings account, you can then use them to buy things.

Bitcoins themselves dramatically have changed in value. They go up and they go down because they are unregulated and un-taxed and a lot of governments are keeping very close eyes on them. They are quite controversial as to whether or not they are something that can really be abused. That’s what a bitcoin is and it has grown significantly in popularity over the past year or two.

Small Business Trends: There are some really hardcore guys around bitcoin. They are rabid about it. It’s a relatively small community but these folks are really the true believers. What do you think it will take in order for it to go from the true believers to main street?

Gene Marks: What I wrote about in Forbes encompasses that. I believe there is one guy in the world that could legitimize bitcoin and that guy is Jeff Bezos from Amazon.

This is a virtual currency. It’s only used online and used to buy online products. Although some retailers online, most notably Overstock, are now accepting bitcoins, the world’s largest online retailer, Amazon is not doing that right now. And believe me, Jeff Bezos, the CEO of Amazon knows all about bitcoin and he knows with him blessing it, that itself would really legitimize it.

But that hasn’t happened yet. You’re the expert on Amazon, Brent, I know you are writing a book on them. Do you think that a guy like Jeff Bezos would ever want to get into this controversy?

Small Business Trends: I’m interested in why he hasn’t jumped on it yet. Because he is not averse to trying new things. Why do you think that he hasn’t done that?

Gene Marks: I don’t know Jeff Bezos as well as you do. I know you’ve researched the company and you write about the company. Right now, he’s trying to create his own market with Amazon’s own virtual currency which right now has only limited value: You can only use it to buy Amazon stuff. He’s getting his feet wet with that.

I guess his original plan is to try to expand that and make money from that. He might be very concerned with the volatility of bitcoin and whether or not he even wants to recognize it as a stable type of currency to trade. Think about it, if you and I buy a book from Amazon for 10 bitcoins, for example, and Amazon accepts those payments, what happens tomorrow if the currency falls out and 10 bitcoins to him are worth nothing?

Maybe he’s got other things to worry about right now and other risks that he wants to take. And one of the risks he does not feel like taking is a currency risk on a value of products that he’s selling?

Small Business Trends: From my perspective, it seems like what he’s trying to do is break down the barriers and make it easier for the masses to jump on board with what Amazon is doing. Maybe bitcoin is not something that regular consumers are even remotely ready for at this point. It’s fascinating to think about. How difficult would it be to overcome the bankruptcy with Mt. Gox? Is there any other way you can see bitcoin hitting the mainstream if Bezos doesn’t jump on board?

The more people with great reputations get behind it, and the more sites that start getting behind it, it’s possible that it could happen without Amazon getting involved. But I still think Bitcoin is not going to be a reality until Amazon steps out and says, ‘We are going to accept this as currency.’

Small Business Trends: It was on 60 Minutes and it was on Cyber Monday. Charlie Rose interviewed a segment with Amazon, and when they broke out the drones – Twitter went crazy.

Gene Marks: He’s a genius for thinking of that and he’s still standing by drones being a reality in the next four to five years. I think they said he’s a very good P.R. and marketing person, and knows exactly how he can get the most publicity for Amazon.com.

Bitcoin itself has been receiving so much media attention, that it might be enticing for him to jump on it, just for the attention it would get for Amazon. But it’s interesting to see what he’s going to do.

Small Business Trends: So is Bitcoin something that small businesses are going to have to pay more attention to in the next couple years?

Gene Marks: I think it will, and I’ll tell you the reason why: It’s cheaper and it’s easier. There are no transaction fees with Bitcoin. So small businesses that you and I walk into – restaurants and delis, etc. – they only have cash, and you only have credit cards. We have to pay the transaction fees. People that are buying stuff online and using a card, they’re paying fees. Bitcoin doesn’t have that, so the transaction is easier and there’s no cost. That’s a pretty big enticement.

Small Business Trends: I had the chance to speak to the gentlemen that designed Amazon’s first website. I asked him, ‘In the early days, what were you guys focused on?’ He said, ‘We weren’t focused on selling books. We were focused on giving people the trust that they could order online and get their book, and not have to worry about their credit card information being insecure.’

So they were there at the beginning of eCommerce. It would be interesting to see what sort of influence they would have on bitcoin if they jumped in. Until then, I guess we’ll just have to be looking out our windows looking for drones.

Where can people find out more about what you are up to?