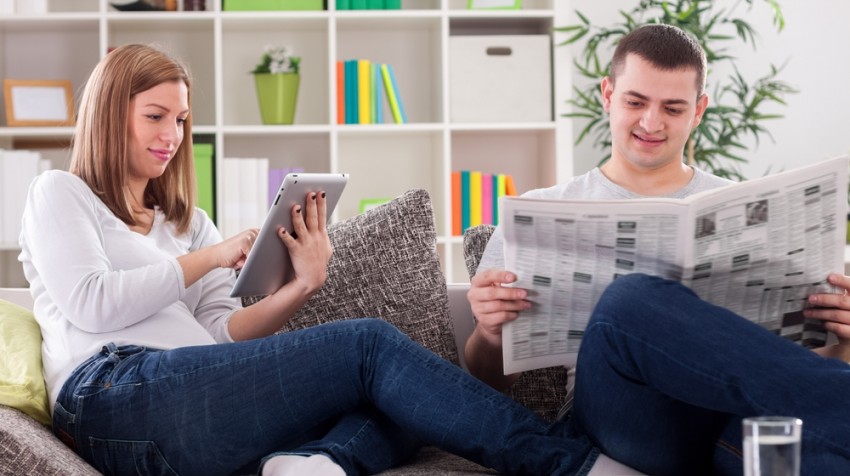 News travels fast. So does your business. The Small Business Trends editorial team has collected the key stories that help you keep up with both. Enjoy!

GoDaddy could go public soon. Speculation says there may be an IPO by the second half of 2014. The company has been building itself into a one-stop solution online for small businesses. Here’s what we know about a possible IPO and a brief look at how far the company has come.

VerticalResponse adds drag and drop. And that’s not all the email and social media marketing service offers with its new platform. The new version of Vertical Response also brings a new freemium service for the smallest businesses just starting out.

Yahoo is shutting down Vizify. The Web portal has acquired the personal website builder. And users have a short time to decide whether they would like their profiles archived. Whether you do or not, however, the site will shut down soon. The Vizify team will be joining Yahoo’s media product division.

Who is this mystery man? Well, if he is who he claims, ExMediaMan is a veteran of the new media news revolution. He claims to have worked for Huffington Post, BuzzFeed, Gawker, Daily Mail Online and The Atlantic and has some stories to tell. The result has been an incredible following.

HootSuite attack didn’t threaten users. The company says a denial of service attack on the social media management site didn’t compromise user data. CEO Ryan Holmes said in an email and on HootSource, the company blog, that the company his trying to determine the origin of the attack. The hope would be to prevent it from happening again.

Transform your Instagram feed with these 20 apps. Apps that can spruce up both your photos and videos are covered here. We ask some experts and share some overviews. But, of course, the best way to figure out which of these will work for you is to just try them. Tell us what you think.

Do you use the Google Hangouts On Air Community? Maybe you should. Social networking trainer Andy Nathan says the community is an important resource of the Google Plus community. There information about future hangouts is routinely posted. Find the ones in your industry and participate. Or post some of your own and build your audience.

An office version for Mac users is coming soon. Recent comments from Microsoft suggest the new version may be coming by the second half of 2014. It will be the first Microsoft Office for Mac since 2011. Here are more of the details available thus far.

Microsoft Office comes to iPad? It’s been the buzz for quite some time. But it’s starting to look like the rumors are true. And the new Office may be unveiled quite soon. Of course, there have been app options for the iPad before this. But will the new iPad version of Office be embraced by users?

Savory Spice Shop brings a new business flavor. When Cindy and Bob Jones needed a business model, they turned to their love of cooking. In doing so, they found a franchise perfect for their needs. The Savory Spice Shop is about freshness and food culture. But it’s also about following a trend.

Google gets rid of the underlines. We’re talking about the underlines under the links in search results. These have been a major design element for Google since it launched in the 1990’s. But even the world’s leading search engine needs to change with the times. Here are some other minor alterations you may notice.

Yelp comes to Yahoo. It’s finally here. Now the business reviews found on Google and Bing are prominent in Yahoo search as well. Read here to get a glimpse of what the new listings look like and how they can further put your small business on the map.

Have you waited too long to visit your accountant? A recent survey by cloud accounting company Xero should have you asking that question. Many accountants who responded to that survey felt small business owners should meet with their accountant more than once a year around tax time. Here’s why.

Square is testing a new merchant cash advance program. If you’re using Square to process orders, you may be able to get cash advances, too. Square stresses these aren’t loans. But frankly, a similar program from PayPal is characterized that way. The bottom line is that it’s a new way to get cash upfront for your business.

So what kind of feedback helps your employees? It so happens most employees in a recent survey were divided between preferring positive or negative feedback. In truth, a combination of the two are probably needed in most businesses. Here’s more.

You can do this 4-minute workout at your desk. If you’re like many entrepreneurs these days, you may spend a lot of time hunched over that computer screen. Well, don’t worry. Now there’s a way even for those stuck at a desk to get more fit. Crossfit South Brooklyn instructor Christian Fox shows us a compressed workout that may do the trick.

PayPal is changing its view on crowdfunding. And it’s none too soon. You can understand PayPal’s concern, certainly. The company wants to be sure that crowdfunders, like any investors, understand the risks. But crowdfunded projects have been stranded high and dry, unable to access funds. Today, PayPal says it’s worked out a solution that should end that problem for good.

Don’t use crowdfunding to cover a debt. If the experience of independent publisher Vera Nazarian is any indication, it will cause more harm than good. Nazarian, owner of Norilana Books, got behind in royalty payments to her authors due to health and other personal issues. An attempt to raise the money to make good on that debt has caused a major debate.