This Mompreneur Developed Her Own Prototype Overseas 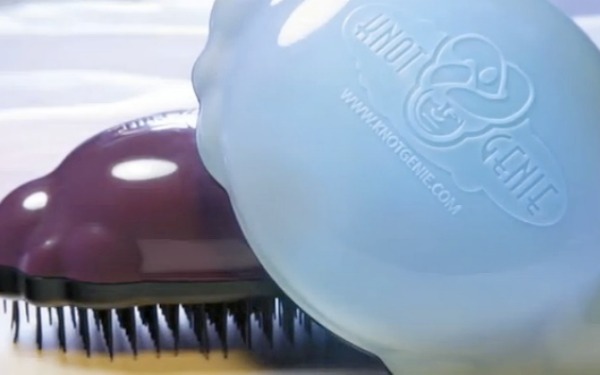 Rikki Mor was so desperate to find a brush that would untangle her daughters’ curly hair that she designed her own prototype and had it created overseas. This mompreneur developed her own prototype. She decided to sell the brushes online to help other moms dealing with similar issues.

Now she sells about 250,000 Knot Genie brushes each year online and in children’s salons around the country. The brushes have even been featured on the Today Show and in gift bags at the Emmys.

“I bought every product, brush, shampoo and conditioner – spent a ton of money,” says Mor.

Unsatisfied, Mor says she decided to create her own brush that combined the best facets of all the products she had purchased.

“I wired money overseas and prayed we got good brushes,” says Mor.

She worked with an engineer to design a prototype of a brush that she thought would work with her daughters’ curly hair. Then she used Alibaba.com to find an overseas supplier for a prototype and product supply.

After experiences with a couple of unreliable sources, she found a person she trusted to outsource production of her brushes. She ordered 10,000 units in the first round and blew through them much quicker than she expected. Mor said that after a few slow months at first, everything sort of fell into place. She had people approaching her about carrying the brushes and featuring them on blogs and in other publications.

The video below from Best Mom Products gives a more detailed account of Mor’s journey from working mom to successful entrepreneur.

Mor’s original intent in creating and selling the brushes was just to solve a problem she had experienced and to help other moms dealing with similar issues. But because she was so personally involved, she spent a lot of time and energy creating a product she truly thought would work. And even though she didn’t have a lot of knowledge about manufacturing or product development, she took a leap of faith and was eventually rewarded for her efforts.