You Should Question Assumptions When You Are Successful 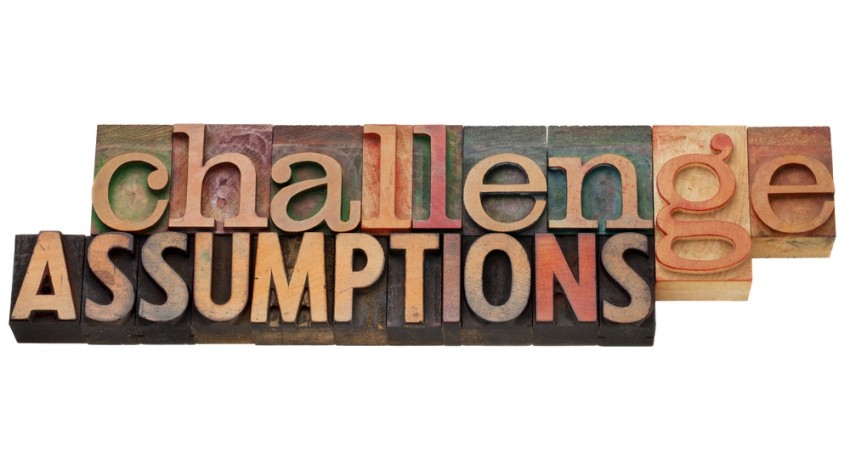 It’s easy for small business owners to question assumptions and themselves when they are failing. But at that point, it may be too late to fundamentally make changes that can turn their company around.

The success rate goes up if the owner questions assumptions when things are going well. However, most entrepreneurs will have a hard time doing this because they will not want to “mess with success” or “if it’s not broken, don’t try to fix it.” Many times, they do not even know what the success formula really is. They make cause-and-effect connections where it truly does not exist.

For example, the phenomenon of success actually not bringing more success has been statistically documented in basketball. A study called “The Hot Hand in Basketball: On the Misperception of Random Sequences” states:

“The chances of success on the next shot are not correlated with the success of the last shot. In other words, the ‘hot hand’ idea is a fallacy.”

To increase success in the future, look to see what conditions exist in the market that will make the company profitable now. Evaluate past results, but do not base future actions solely on them. Don’t say, “Well, it worked in the past, so it should work in the future!”

Keep thinking like a start-up entrepreneur as long as possible. This worked for IBM in the early 1980’s when the company moved the work on their new personal computer to a separate business unit so the effort would not be “weighed down” by IBM’s past success in unrelated areas.

A $75M company I know had been in business for 50 years. Historically, they were only able to deliver five percent net profit to the bottom line. Sales had grown slowly over the years, so there was never a need to make any changes since they could predict what they could contribute to the parent company.

A new CEO got worried about what would happened to the company’s profits if sales dipped during a recession. She realized that even a small drop in sales was going to mean disaster for their overall profit contribution. The CEO needed to find ways to cut their expenses or increase their gross profit while not cutting revenue. She was able to do this by throwing out established distribution channel assumptions, cutting discounts for many vendors and raising prices for newer products to their customers.

When sales eventually shrank during the Great Recession, the company was able to deliver the same dollar profit to the parent corporation. Now that times are better, and sales have grown again, they have become even more profitable.

What assumptions are you not questioning?

Barry Moltz gets small business owners unstuck. With decades of entrepreneurial ventures as well as consulting with countless other entrepreneurs, he has discovered the formula to get business owners marching forward. His newest book, BAM! shows how in a social media world, customer service is the new marketing.
7 Reactions
Subscribe
Follow @smallbiztrends
RSS LinkedIn Pinterest iTunes