Think Starting a Business in The US is Hard? Try Italy 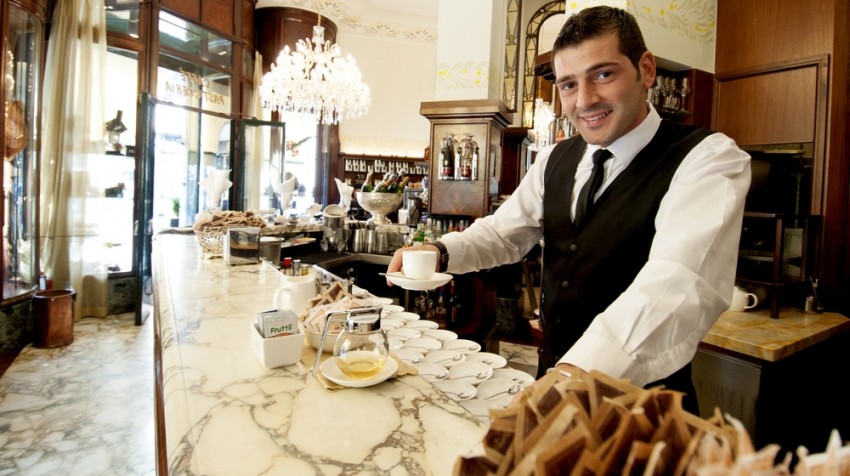 And what are some of the places where entrepreneurs think their government doesn’t give them such a hard time?  Try Malta, Sweden and Luxembourg.

This chart from a recent Gallup Poll says a lot about the perception of how regulations hurt small business and startups in Europe today: 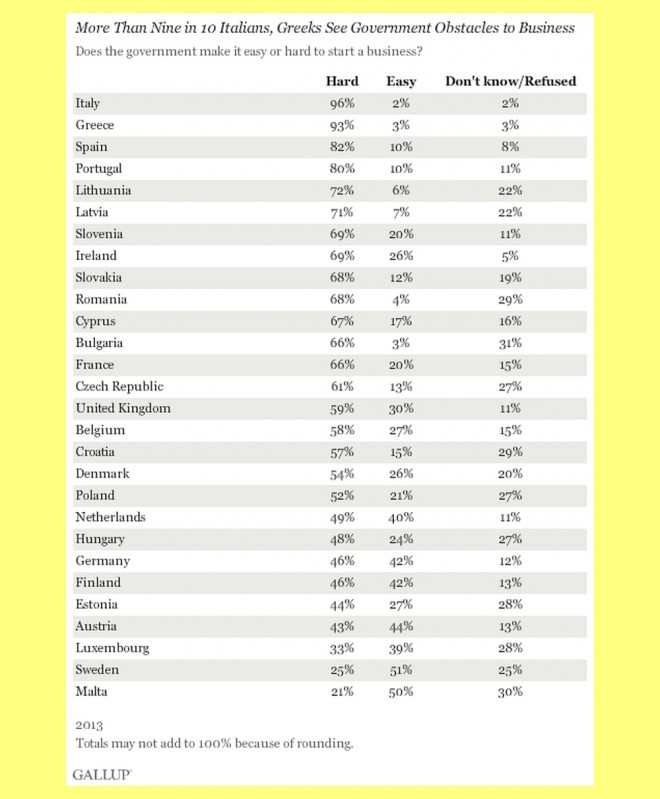 Meanwhile, back in the United States, don’t pat yourselves on the back yet.  We Americans are not immune from our own perceptions about government interference and obstacles.

With unemployment still high in Europe, you’d think entrepreneurship could be part of the answer.  Say the Gallup pollsters:

“While residents in most EU countries are more likely to feel the government makes it hard, rather than easy, to start a business, this perception is particularly troublesome to future growth in countries such as Greece and Spain, where unemployment is not expected to drop much lower than 26% this year. New jobs in these and several other European countries will largely need to come from the private sector after austerity measures forced some of the deepest public-sector job cuts in a generation.”

Many Europeans have a good opinion of entrepreneurs.  They believe entrepreneurs to be good role models, a Gallup Poll says.  Compare this chart to the one above: 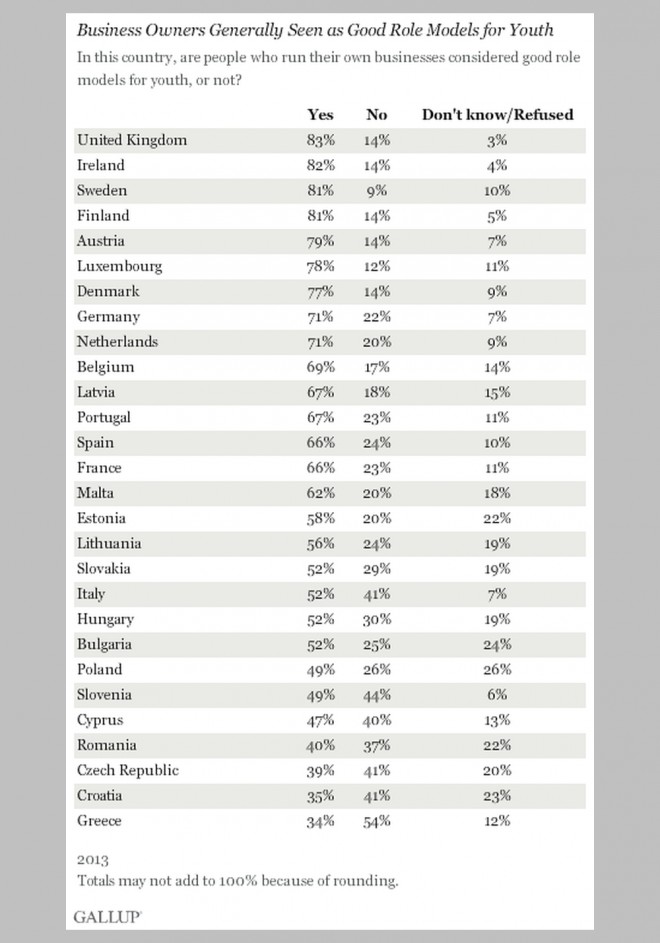 Bottom line: The majority of people in the United States and Europe view entrepreneurs and small businesses owners favorably.  Yet those same business owners and entrepreneurs believe their governments get in their way far too much and that regulations hurt small business and startups.