Err, Sales Are Up And Business Is…Good? 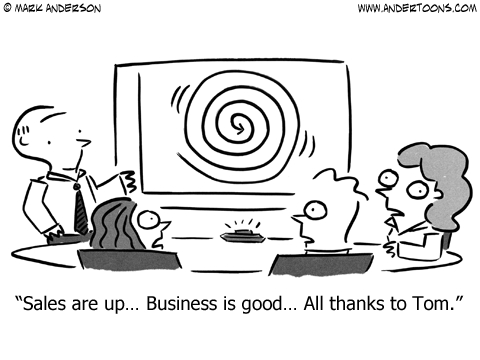 Sometimes when I’m drawing a cartoon, it sparks an idea for another cartoon.

For example, I was starting to ink another sales graph cartoon and drew a few swirly lines to test out my pen tip before digging in when this little spiral got me thinking.

I drew an arrow on the end and a rectangle around it, and this cartoon idea arrive pretty much fully formed.

It actually took me more time to get the pupils in the eyes of the workers positioned just right than it did to conceive this whole scene.