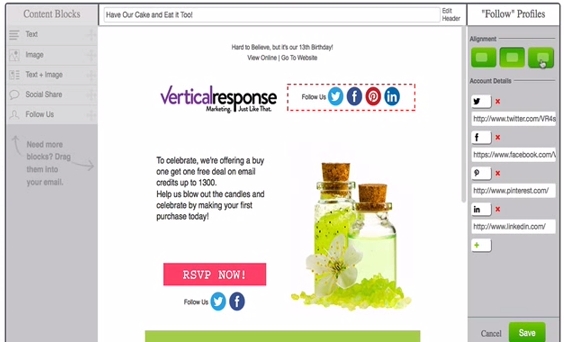 It may be surprising to hear a successful email marketing company say it, but Janine Popick, Founder and CEO of VerticalResponse Marketing admits the main product her company has been selling to small businesses for the last 13 years has had its day.

So when the company decided on an upgrade, they came to the conclusion that they would be better off just going back to the drawing board. Popick told Small Business Trends recently:

“Because we’ve been around so long, we just listened to what our customers wanted.”

Acquired in 2013 by Deluxe, VerticalResponse Marketing has designed a totally new platform that brings in some new ideas, too.

One of the biggest changes is the addition of simple drag and drop controls. They let you add photos, text and even social media buttons to your newsletter, thank you, invitation, or sale announcement. 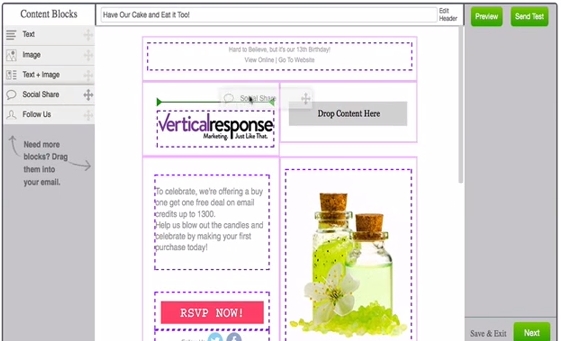 Another new idea is a freemium version. For the first time, it allows small businesses with fewer than 1,000 email contacts to get started with an account free of charge.

In the previous version of VerticalResponse, Popick says users could have a trial period using the software. But after that, even the smallest businesses were expected to start paying for the service.

Popick sees the new freemium version as a kind of marketing tool. She explains:

Also, as small businesses using VerticalResponse expand, the company hopes they will upgrade to the paid version of the service.

There are three basic pricing tiers:

The new version of VerticalResponse also lets you share and schedule email and social media up to a month ahead of time. 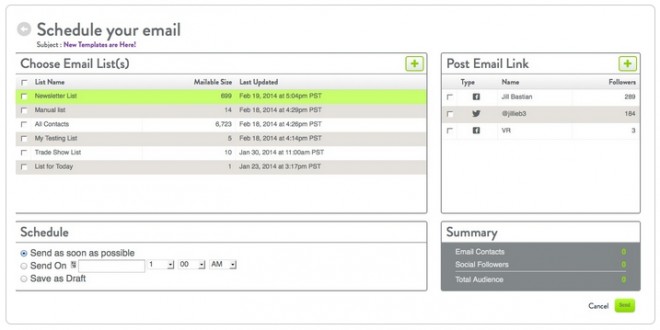 It is also the first time the company has offered responsive design on all its content. This is so that newsletters, invites and other updates you generate will look the right way whether displayed on a laptop, tablet or mobile phone. The platform offers 50 responsive templates to choose from when designing your emails and social media posts.

Some less popular features will be leaving, Popick said. One is a feature letting you send paper postcards to your contacts. She says Deluxe has another similar feature for sending postcards that will take this service’s place.