Windows 8.1 For Free? A Version May Be In The Works 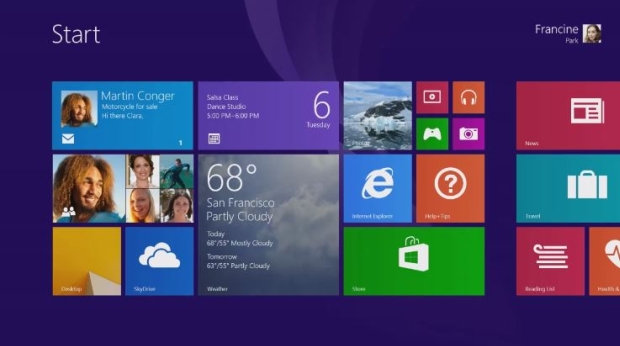 When people think of free products, they are more likely to think of Google rather than Microsoft. But Redmond seems to be seriously considering up-ending the apple cart. Microsoft could be experimenting with a free slimmed down version of Windows 8.1, the Verge reports.

A free Windows 8.1 version would have two advantages. One, it would upgrade people who are still on Windows 7, who are procrastinating about the cost of upgrading. Two, it would motivate more people to take the leap and become more integrated into Microsoft’s services.  Perhaps this would tempt away some of those currently using Google’s free apps.

If a free version does become available, it won’t include the full feature of the paid version of Windows 8.1. Instead it will be a version with more restricted apps and services bundled in. These could include Bing, Office, Skype and OneDrive. Some business owners may still opt to use the full version of Windows. However, small businesses who are on a tight budget may welcome a stripped down version of the software.

For Microsoft there is only one problem. If they start giving away the product for free, why would anyone bother to pay for a Microsoft operating system in the future? That is the dilemma Microsoft leadership seems to be grappling with right now.

How can the company strike the right balance between free software and monetizing it at the same time?

If Microsoft sees a serious amount of revenue walking out the door, will they do what Google eventually did with Google Apps, and stop the freebies? Will it be a case of “one hand giveth and the other hand taketh away?” On the other hand, Microsoft is looking at their biggest rival, Apple, giving away their last OSX operating system, Mavericks, for free.

The consumer climate is shifting, and Microsoft has been slow to respond.

Another option Microsoft is considering is cutting the Windows license fee to computer makers to either very little or free, if the limited version is installed. This has led one website to dub such computers “Bingbooks” (as opposed to Chromebooks). Microsoft is even thinking about giving the Windows Phone OS to phone manufacturers free of charge. Windows Phone is currently lagging behind iOS and Android.

Of course, Microsoft is already experimenting with giving things away. The company is currently offering 100GB of OneDrive space for one year in exchange for 100 Rewards credits in its Bing Rewards program. 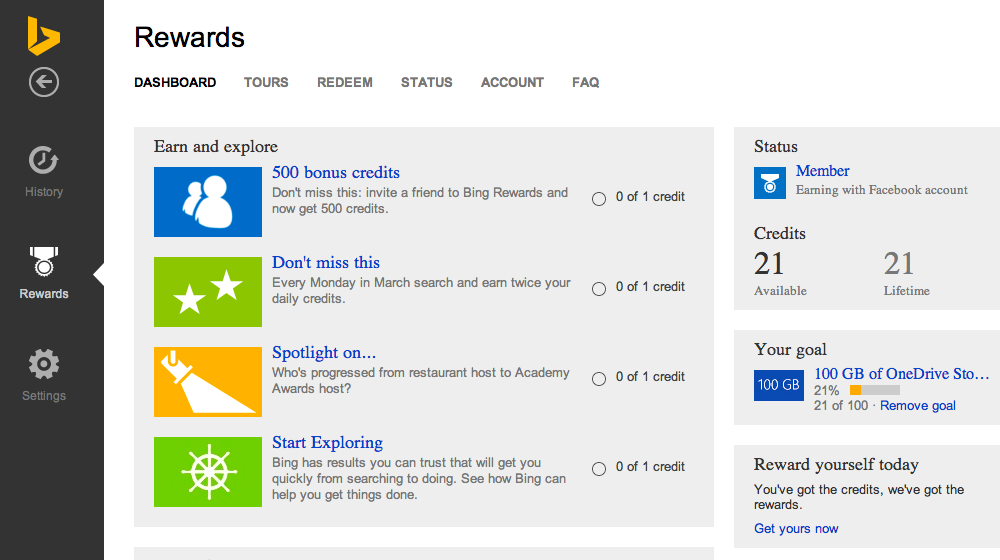 Credits are earned every time you log into Bing with your Windows Live account and make a search. The question is whether these offers will be enough to attract more small business users to Microsoft.

Mark O'Neill is a staff writer for Small Business Trends, covering software and social media. He is a freelance journalist who has been writing for over 25 years, and has successfully made the leap from newspapers and radio onto the Internet. From 2007-2013, he was the Managing Editor of MakeUseOf.com.
8 Reactions
Subscribe
Follow @smallbiztrends
RSS LinkedIn Pinterest iTunes