How Did This Video Get a Million Views in Just Two Days? 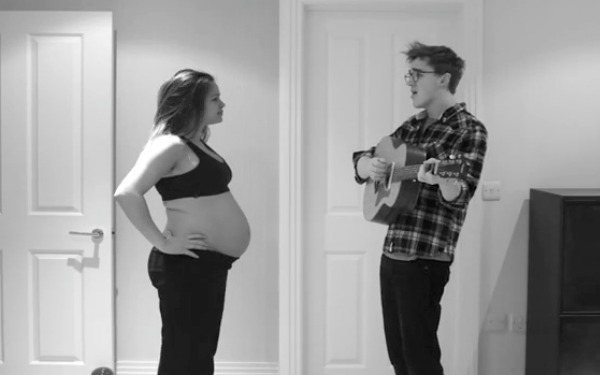 Creating video marketing campaigns can be a great strategy for spreading the word about your brand. But getting these videos to go viral can be the tricky part.

The Independent Journal Review says this Bump to Buzz video, which shows a time lapse progression of a couple’s journey from early pregnancy to the birth of their child, got a million views in just two days. (It’s up to more than 8 million, now. Take a look!)

Below are lessons small businesses can learn from this video about creating content worthy of viral fame.

Musician Tom Fletcher, who created the video, says he simply took photos every day during his wife’s pregnancy and used them to create the stop-motion part of the video. This method created simple yet unique imagery, which made viewers more likely to share it with friends.

Find a Hook People Will Remember

Fletcher used his musical background to write a new song specifically for the occasion of his child’s birth. He played the song in the video while the photos of his wife’s pregnancy progressed throughout the video. This catchy tune made the video more memorable and provided a complement to the visuals.

When attempting to get a video to go viral, it helps to already have social connections you can share the video with. Before releasing this particular video, Fletcher already had his own YouTube channel where he posted regularly. He is also part of McFly, a U.K. pop group with its own online following. So when he first posted the video, he had an existing group of built in viewers to share the video and build a larger following.

Create a Message People Can Relate To

The message of this particular video is pretty universal. Expectant mothers, parents and many others appreciated the video’s life-affirming message about new beginnings, so they chose to share it with others and post it on social media.