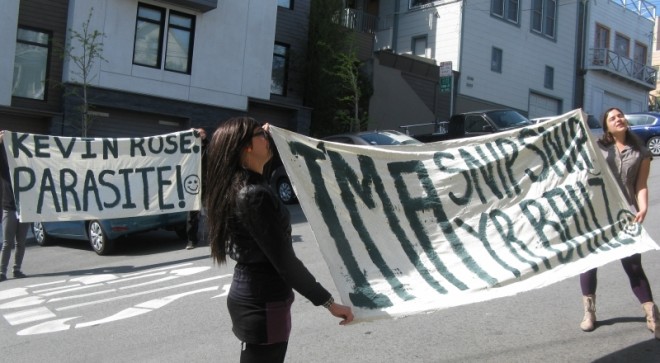 Protesters showed up outside Digg Founder and Google Ventures partner Kevin Rose’s house in San Francisco over the weekend. Their beef?

Rose’s investments in tech startups are bringing too many high-paying jobs to the community. Seriously!

A flyer distributed to Rose’s neighbors by protesters stated:

“With each new tech corporation comes a wave of fresh techies, who on average earn four times more than an average service worker…Nearly all of them are just like Kevin Rose and we are tired of this miserable and untenable situation.” 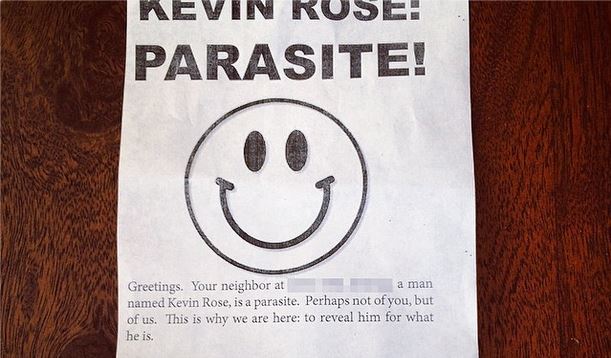 The flyer further explained that protesters are among the service workers who deliver food, serve coffee, babysit and do janitorial and housekeeping work for the tech workers Rose’s investments have helped fund.

But workers are apparently concerned that the presence of higher earners has driven up local rents. This has forced service workers further and further out of the community only to have to commute back for lower paying jobs.

Rose, for his part, seemed to take the protest in stride. In a stream of Tweets he acknowledged that the protesters raised valid concerns:

that said, I did agree w/ them that we need to solve rising rents, keep the SF culture, and crack down on landlords booting folks out.

But commenters on Rose’s Instagram account pointed out the irony that the presence of more tech workers in the community inevitably led to more service jobs for service workers.

There was also some irony in protesters’ demand that Google donate $3 billion for the creation of anti-capitalist housing in the community. On East Bay, a collectively operated website sympathetic to their aims, protesters explained:

“In these communities, whether in San Francisco or in the woods, no one will ever have to pay rent and housing will be free. With this three billion from Google, we will solve the housing crisis in the Bay Area and prove to the world that an anarchist world is not only possible but in fact irrepressible.”