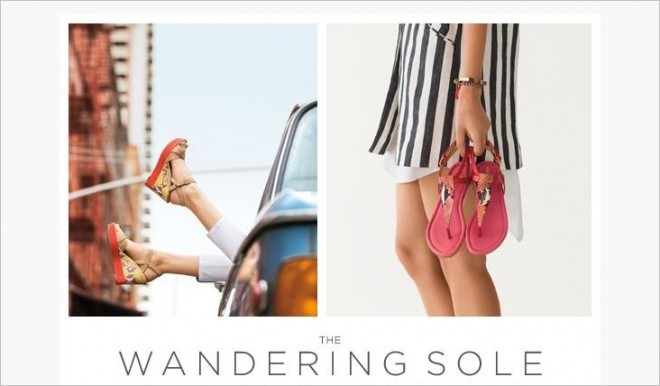 The U.S. Federal Trade Commission says that a contest asking customers to pin photos of a brand’s product on Pinterest violated the Federal Trade Act.

Cole Haan, a seller of shoes, bags and accessories, had offered a $1000 shopping spree as the prize for the “Wandering Sole” contest.

In a letter to Cole Haans’ legal team, Mary K. Engle, associate director of advertising practices for the FTC, spelled out the specifics of the contest explaining:

In the letter, Engle said the commission had been most concerned with the apparent lack of disclosure in the contest. She added:

“We believe that participants pins featuring Cole Haan products, and the fact that the pins were incentivized by the opportunity to win a $1,000 shopping spree would not reasonably be expected by consumers who saw the pins. Moreover, we were concerned that Cole Haan did not instruct contestants to label their pins and Pinterest boards to make it clear that they had pinned Cole Haan products as part of the contest.”

Engle went on to say that the commission considered the inclusion of the #WanderingSole with each submission insufficient to disclose the financial incentive between contestants and Cole Haan.

Can a Contest Turn Into Deceptive Marketing?

Think of it this way. I want you to publicize my new T-shirt design to your followers on Pinterest. I could just ask you, of course. You and about 100 other people I might know.

But a way to give you more incentive would be for me to offer say, $1,000 as a prize to the person who posts the most images of my new T-shirt design to Pinterest.

The trouble is that other people who see you posting images of my T-shirt design may have no idea that you’re posting these images, not because you think my T-shirts are cool, but because you’re trying to win $1,000.

Be Sure to Disclose

Despite being convinced the contest violated federal trade law, the FTC has decided not to pursue an enforcement action.

The commission says its decision is based on the short run of the contest and the limited participation it generated. But Engle wrote that Cole Haan has also been cooperative about establishing a social media policy addressing the commission’s concerns.

Nevertheless, Greg Sterling, contributing editor at Marketing Land rightly points out that the ruling will have a significant impact. This will especially be the case when brands think about how they interact with users on Pinterest. And that may be true for interaction on other social media channels, too.

Be sure to disclose any financial incentives you have been given for endorsements you make on your blog or on social media, of course. But be sure you encourage others who have received incentives from you to do the same.