Idea for Infographics: On the Sidewalk in Front of Your Store? 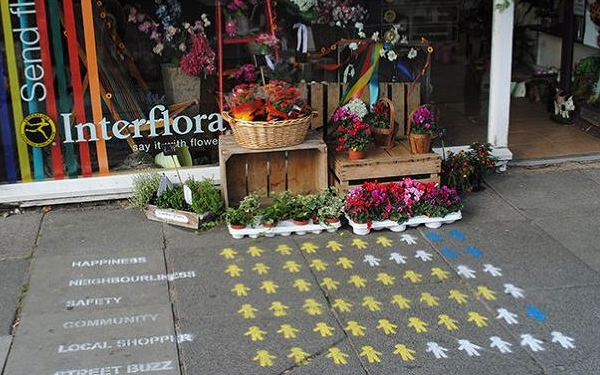 Infographics can be a powerful tool for presenting information. Businesses often use infographics to share research and information about their industry or their company’s offerings. They almost always include professional graphics and a variety of comprehensive stats.

But researchers in Cambridge, England recently thought up a different way to use infographics.

Lisa Koeman, Vaiva Kalnikaite and Yvonne Rogers, students at University College London wanted to explore the attitudes of people in the nearby community of Mill Road. It’s a neighborhood split in half by a bridge. Area residents tend to stay on their own side and don’t always have a favorable outlook on what lies beyond the bridge.

To accomplish their task, the group placed simple voting machines in local shops. So customers could answer questions about the community and their perceptions of it while waiting in line. They were asked to evaluate their community for qualities like happiness, neighborliness and social ties. Then the group created simple chalk drawings to reveal the data on sidewalks up and down the street.

The goal of the project was not just to collect or display information. It was also to encourage conversation among residents. That’s why the venue and format of these infographics was so important. 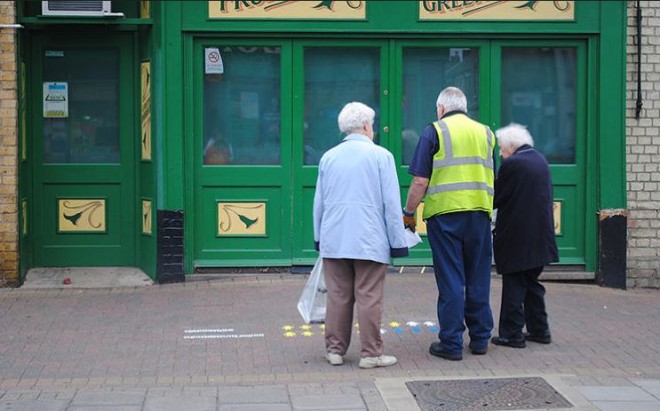 Speaking to Fast Company, one of the students explained:

“Our aim was not only motivating individuals to reflect on their own and other people’s perceptions–we also wanted to get people talking about the different issues relating to Mill Road…By displaying the data in the public environment, it acted as a talking point. We observed people sharing anecdotes and opinions.”

Thanks in part to platforms like Instagram and Pinterest, you likely already understand the impact that visuals can have. But aside from just using visuals to convey a message, it’s also important to consider how and where to present that information. The idea is to reach the right people and garner the right reaction.

The researchers in Cambridge had a specific goal in mind for their project. If they had released more of a traditional infographic online, people might have still seen the results. But they knew they wanted to get people talking. So they decided instead to rethink the venue, and that’s why the project worked.

That’s not to say that infographics are always more powerful when displayed in public. But when displaying visuals or information to an audience, it is important to decide what it is you want to accomplish. Then choose the format and venue that make the most sense for your goals. 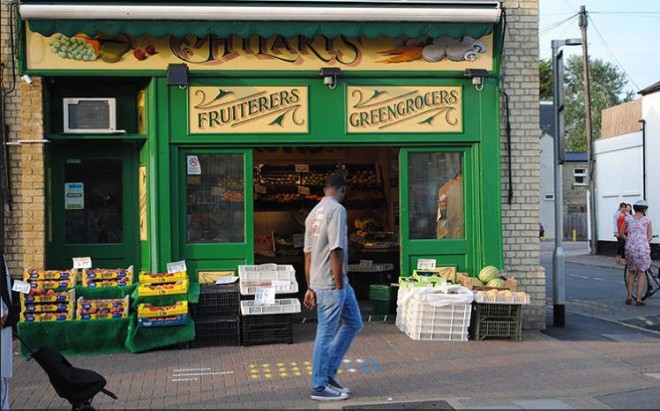 Imagine an infographic on the sidewalk outside your business telling passersby what your customers think.