For Some Entrepreneurs, Tackling a Future Father-in-Law is a Requirement 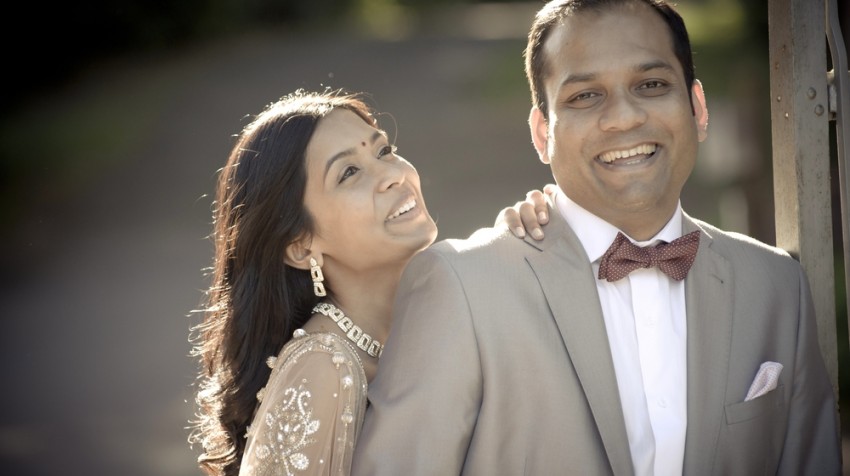 In India, a father would not look favorably at giving away his daughter to an entrepreneur. The first question a prospective groom faces would be:

“Which company do you work for?”

A job in the public sector or a leading conglomerate would count more in the marriage market than a successful venture. You would be told:

“You are wasting your talent and taking too much of a risk. Why not get a steady job?”

Tushar Bhatia, Founder of Saigun Technologies, a human resource automation platform development company, faced a similar situation when he wanted to marry his girlfriend. Tushar had a master’s in computer and mathematics from a premier institute, IIT Delhi, and had won a number of national product design competitions. He had developed customized business applications for a Japanese company’s hardware platforms, which went on to be successes and a good source of income – enough to buy his first computer and splurge on his girlfriend.

But not enough to please his future father-in-law, who insisted that only a steady job with a reputed organization would do if Tushar wanted his blessings to marry his daughter. So contrary to his entrepreneurial instincts, Tushar joined the Tata Group as a software engineer and soon married his girlfriend. His work took them to Chicago where he came across a number of entrepreneurial opportunities. He worked on HR automation during this time and identified it as an area of opportunity. He went back to India in 2002 and started Saigun.

With his wife supporting his decision, Tushar did not hold back his entrepreneurial ambitions. He even managed to convince his father, Major General BK Bhatia, who was the head of HR at a Tata Group company, to become the functional expert for their product. He continues to work for Saigun as Director, HR and Products.

In 2004, they released EmpXtrack a SaaS-based multi-geography compliant human resource management automation platform that integrates the entire gamut of activities of a human resources department on the cloud.

The main value proposition of EmpXtrack is that it not only helps organizations cut down costs, but also provides a simple, intuitive interface to help employees, managers, and management quickly access data and make decisions. Their capability to customize their product, their services focus, and their lower cost, are their key differentiating factors. They offer 32 different modules and can automate all aspects of HR in any organization. Its initial customers came from the technology and finance sectors and they competed with companies such as SuccessFactors, Halogen, and Vurv. After consolidation in the industry, Workday is their largest competitor.

Their current revenue is about $850,000 from a diverse customer base of over 200 organizations spread across 21 countries. The customer size varies from 10 employees for the smallest one to around 15,000 employees for the largest. In all, EmpXtrac caters to around 75,000 employees across all its customers. Their top target segment is companies with 50 to 500 employees in the IT, consultancy, and BFSI sectors. They have also found significant success in selling to enterprise companies that have procured ERPs but are not satisfied with the capabilities of these ERPs.

Their geographic focus is on the US East coast, UAE, and India, especially Mumbai, Bangalore, and New Delhi. They have a network of channel partners to focus on the needs of small businesses across the world. They offer a free trial of EmpXtrack through their site. They are generating about 350 new enrollments a month.

By 2017, Tushar says the target is to get to 1 million users on its platform. They want EmpXtrack to be the product of choice for small and medium businesses in USA, India, and the Middle East with a focus on Finance, IT and Services

There are about 450,000 companies with 25-500 employees and about 17,000 companies with more than 500 employees that together employ about 90 million employees in the US. In the Middle East and India, there are about 300,000 companies employing 21 million permanent employees. At an average cost of $3 per employee per month, the potential market size in these three markets would be $3.9 billion. According to research firm Gartner, the human capital management products market is expected to reach $10 billion by 2015. The talent management market alone is expected to reach $4.5 billion with 75% of available solutions expected to be cloud-based.

Over the past few years, there has been a strong focus on optimizing employee costs all over the world driven by the uncertain economic climate. And this focus has resulted in the trend for automation in HR using the SaaS model. Now, that trend is crossing over to HR applications in the cloud, which comes as a boon to small businesses.

As for overcoming resistance from father-in-laws, it’s an issue most entrepreneurs face in India. With more and more stories of successful startups, the scenario is changing somewhat – but the bias remains.