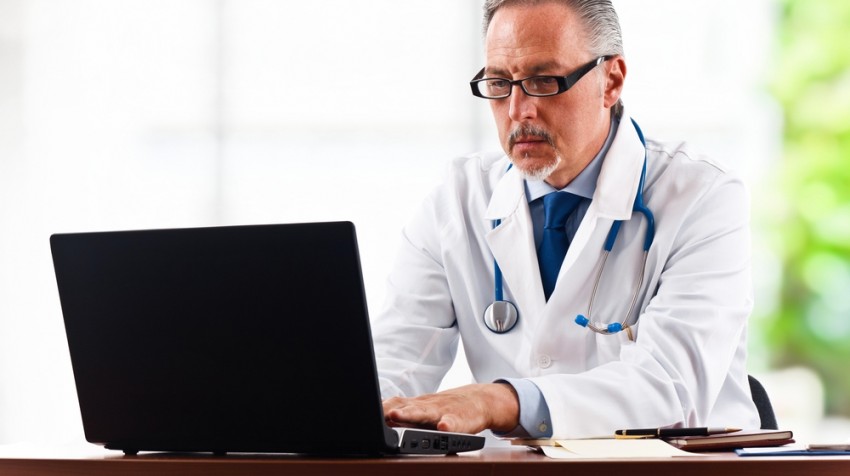 More than 50% of home health Medicare claims are denied and most claims are denied due to missing signatures, insufficient documentation, and inaccurate descriptions. In fact, the average accounts receivable back log associated with non-compliant paperwork and lack of signatures is between $100,000 and $200,000.

To resolve these pain points in the healthcare industry, H2S was founded in 2013 by Luis Montes, Michael Stamatinos, and Sam Perlmutter. Luis Montes, a physical therapy doctor and a management graduate, had worked for over 12 years in rehab operations and mobile device sales. Michael Stamatinos had worked for over six years in orthotic and prosthetic services sales. Sam Perlmutter, a mechanical engineering graduate with a PhD in Neuroscience, had for over five years led product development projects at research and medical institutes.

The founders of healthcare software company H2S believe so much in listening to customers and delivering products customers need that they named their company after their favorite hibachi sushi restaurant that exemplified this philosophy. This successful restaurant in New York started as a small hole in the wall primarily serving hibachi to a local Japanese customer base. Hearing from his customers that they would like to have sushi with their hibachi, the owner decided to invest some of his profits on a sushi chef. Currently, the restaurant is one of the most successful sushi operations in New York that also serves hibachi.

H2S is an acronym for ‘Hibachi to Sushi.’ The founders plan to bootstrap through consulting (hibachi) and eventually make the sales of their software products (sushi) the true growth engine of their enterprise.

Following the Hibachi to Sushi philosophy, Luis, Michael, and Sam spent hundreds of hours talking to more than 250 home health agencies to understand their acute pain points and the products they needed. They found that physicians found it difficult to manage their work as well as reviewing and signing Medicare forms. In fact, a large number of health insurance claims were denied just because they were unable to sign the forms. This also resulted in serious cash flow issues for the health agencies.

Solution to the Problem in Healthcare

H2S through its SaaS document exchange platform PatientDox automates the patient order management process in order to save time spent by physicians in documentation and decrease accounts receivables for health agencies. It allows health agencies and their referring physicians to send, receive, track, and e-sign time sensitive patient documents so that providers can be reimbursed for services on time. It empowers physicians and home health agencies to exchange documents safely and accountably without delay resulting in more time to focus on patient care.

PatientDox aims to improve the velocity of billing, account receivables, and cash flow. It will not only reduce claim denials and the time spent in reviewing and signing forms but will also streamline the tracking of forms.

PatientDox is available for a subscription fee of $150 per month per home health agency plus $0.25 per physician signature. Incorporated in January 2013, the company is in pre-revenue stage and is actively working on pilot projects with four customers: Premier Point Home Health Care, Best Home Health Care, and Pri-Med Private Home Health in Chicago and Griling Home Health Care in New York. Their personal industry connections and 60-day free pilot offers have helped them gain traction. Initially, PatientDox is focusing on the home health care agencies where over 500 million documents need to be signed every year by physicians.

Many electronic health record (EHR) vendors are opening up their API to numerous independent healthcare app developers to imbed more value added products into their EHR software. A very good example of this is Allscripts, which also has a dedicated third party development program.

In the home health care market, there are five EHR vendors that own about 80% of the Home Health EHR software market. Luis says the integration of PatientDox with other major EHR companies will give them the leverage they need to scale their business. PatientDox is currently ‘software agnostic’ and can be used with any EHR as long as customers can create a PDF from their system.

However, ease of use for the customer will be better with full software integration. H2S plans to develop strategic partnerships with these EHR companies and use them as distribution channels. The H2S team is already in conversations with two EHR vendors, Casamba and MedAdept.

Luis says they plan to bootstrap the company by doing consulting work in the sub-acute rehab market and getting closer to their customer base. They will target other sub-acute care providers such as skilled nursing facilities, rehab hospitals and providers, orthotic and prosthetic clinics, hospitals, and medical equipment companies. The total market size that they target is estimated to be over $1 billion.

Luis says their bootstrapping model gives them the flexibility and cash flow to truly give customers what they want or ‘find their sushi.’

Sramana Mitra is the founder of One Million by One Million (1M/1M) initiative, a virtual incubator that aims to help one million entrepreneurs globally to reach $1 million in revenue and beyond. She is a Silicon Valley entrepreneur and strategist who writes the blog Sramana Mitra On Strategy.
2 Reactions
Subscribe
Follow @smallbiztrends
RSS LinkedIn Pinterest iTunes