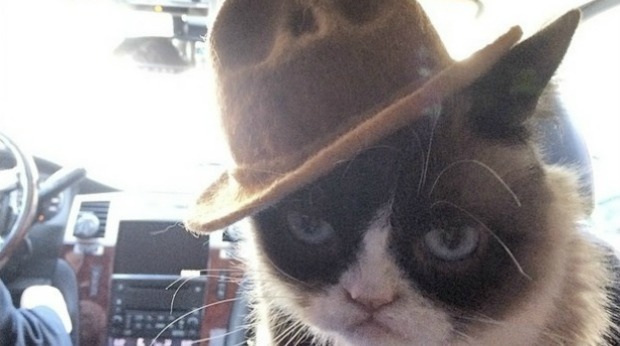 Internet meme marketing celebrity Grumpy Cat hit the red carpet recently at the MTV Movie Awards. And she even left with her very own award, which we imagine didn’t exactly bring a smile to the feline’s face.

So what award did she win, anyway? Best cat? No. Best Meme? No. Grumpiest face? Well, sort of.

The frowning feline beat out all of the other celebrities and guests to win the ceremony’s “best dressed” award. Check out the award winning getup in the photo above. Grumpy Cat has now made it into the Hollywood elite, but this famous kitty got her start with just a few funny online photos. Here’s a look back at some of the key moments of Grumpy Cat’s rise to fame. 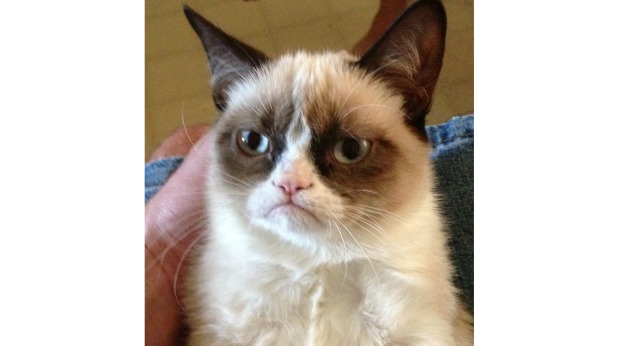 Grumpy Cat’s real name is Tardar Sauce. She first gained online notoriety in 2012 when one of her owners posted a picture of her on Reddit.com titled, “Meet grumpy cat.” 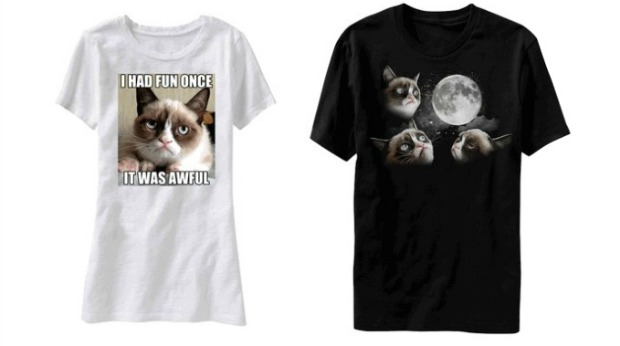 It didn’t take long for the picture of Tardar Sauce to go viral. Seemingly overnight, Grumpy Cat became the subject of countless grumpily captioned photos. Her owners eventually set up a website, secured an agent, and even filed for U.S. Trademark protection. They also began selling Grumpy Cat merchandise, from calendars to clothing, on the website. 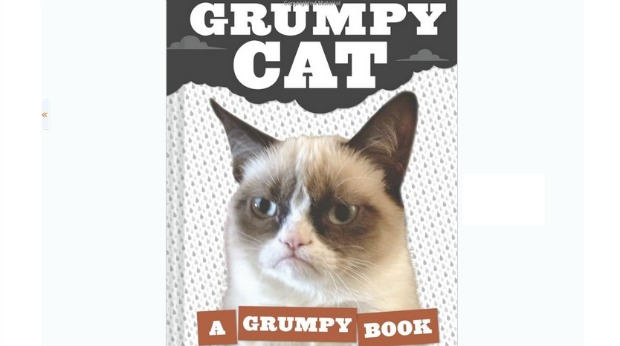 In July 2013, Grumpy Cat’s owners expanded her brand with release of her very own book, “Grumpy Cat: A Grumpy Book.” The book includes photos, activities, and lessons in grumpiness. She also reportedly has a movie deal in the works. 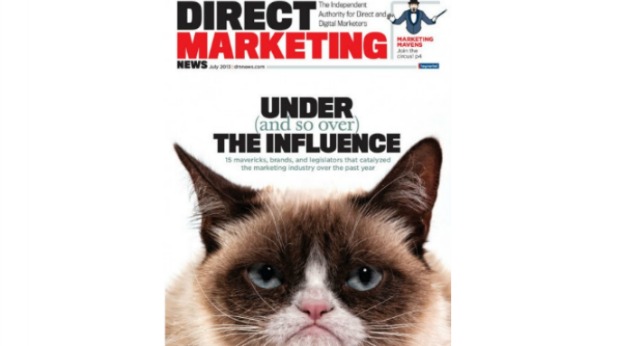 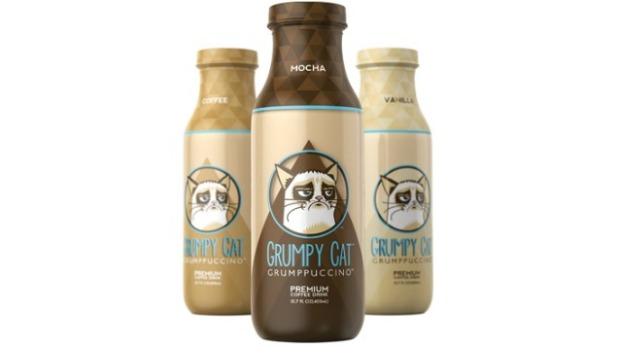 And Grumpy Cat would soon make her first major foray into another industry with  her very own brand of coffee drink. She became the face of Grumpy Cat Grumppuccino in August 2013. Though, despite all this success, Grumpy Cat still never lost her trademark frown. 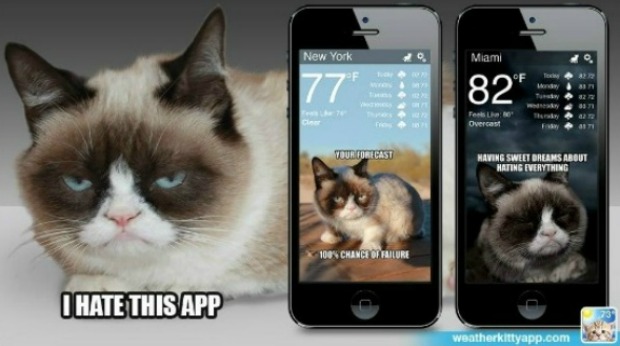 So what would be the next step for the cat who has done seemingly everything? The ability to control the weather?

Well, not exactly. But she can at least deliver a weather forecast to your smartphone. In September, the Weather Kitty app released an in-app purchase called, “The Grumpiest Forecast Ever.” This version of the app features photos of Grumpy Cat along with a daily forecast and grumpy caption.