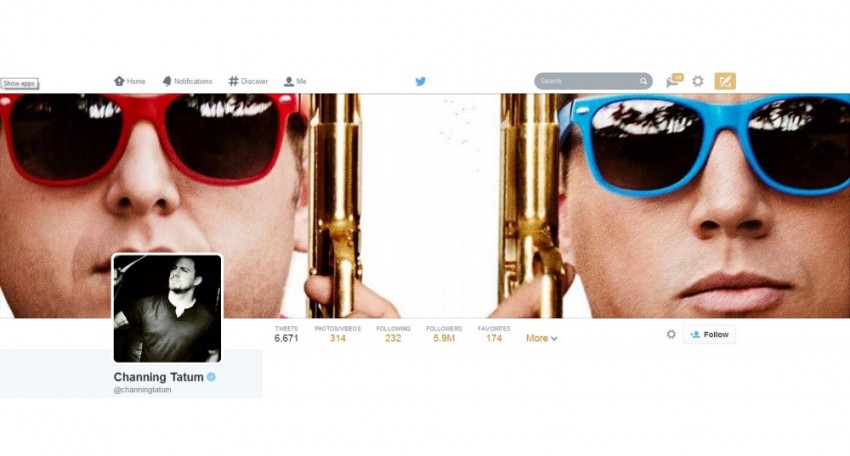 Just when you thought that Twitter was finished with redesigning your profile page, there’s some thing new.  Twitter has announced, via their blog, that a brand new Twitter profile design is being gradually rolled out to users. It’s obvious Twitter has never heard of the phrase, “If it ain’t broke, don’t fix it.”

The differences this time? Bigger profile and header pictures, lots of space, and lots of….white. 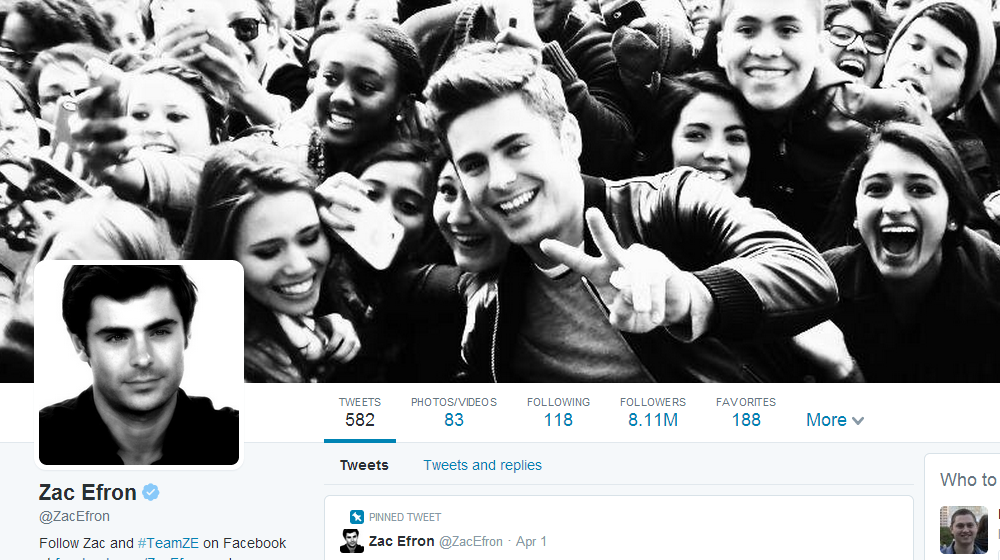 For example, above is actor Zac Efron‘s Twitter page as well as Channing Tatum’s.

And here is Brazilian singer, guitarist, and songwriter Gilberto Gil : 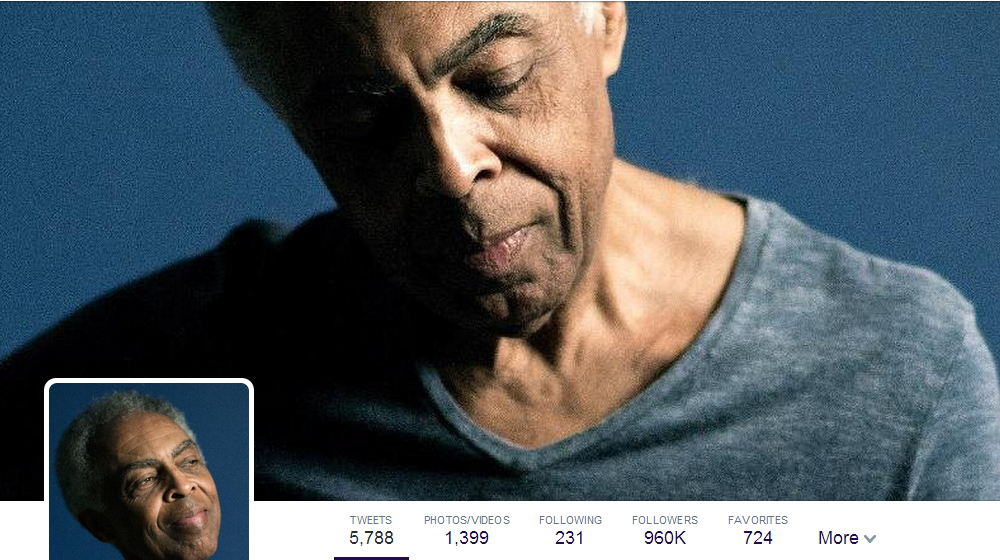 These are two very good examples of how you can effectively put the new Twitter real estate to good use. The header can be used to showcase a very striking and eye-catching image for your customers to see when they visit your Twitter page. Perhaps a picture of yourself, your business, your products, your happy customers….the possibilities are endless.

As well as visual improvements, Twitter has also implemented a couple of ways to showcase your best tweets.  The tweets with the most engagement (retweets, replies, conversations) will stand out bigger than the other tweets. That way, when someone casts their eye down your Twitter page, they can immediately see what the hot topics are with regards to your business. From the sounds of Twitter’s announcement, this is probably not something you can customize. A Twitter algorithm probably decides which ones have the most engagement or not.

But the second change is something you can definitely customize yourself. You can pin what you feel is an important tweet to the top of your page for everyone to see. It can be something you are really proud of (a celebrity endorsement perhaps, or an award), a limited special offer, or simply something that explains what you and your business stand for in 140 characters or less.

These are tweets you can use yourself privately, when browsing other peoples Twitter profiles.  When browsing a Twitter timeline, you can choose to see only tweets, tweets with photos & videos, or tweets and replies.

Before you rush over to Twitter to see your new page, be aware that Twitter is “doing a Google,” and rolling this out in stages. The VIP’s are obviously getting it first, and if you start a new Twitter account, you get the new profile design immediately. The rest of us mere mortals have to wait until Twitter decides that our time has come. It will be in the next couple of weeks, Twitter estimates.

Reactions to the changes in Twitter have been mixed in the small business community.

And Larry Kim, Founder and CEO of WordStream says:

“It’s a much needed refresh of an interface that hasn’t changed much in the last 7 years. Twitter has historically been stubbornly limited in providing users with very little options to customize the look of their profile page, which was unfortunate because I think Twitter could otherwise be a powerful way to build your personal brand. Moving @replies off the main page to a separate tab and the ability to showcase top tweets is a step in the right direction!”

“As an early adopter and committed user of Twitter, keeping its brand, assets and presentation competitive with other social platforms is only smart. Enhancing visual imaging, showing engagement benefits the user, as it highlights activity. Twitter is our go to, immediate, viral resource for sharing and getting news and information. Updating its look and functionality stimulates everyone.”

“I’ve heard chatter about this new design — and how “Facebook-ey” it is. I agree. My first impression IS that it looks a lot like Facebook. This might be confusing to some. I’m not sure I like that. I really like that you can pin tweets — this looks to be one of my favorite features and “Best Tweets” – the feature that will make the most engaging tweets larger — this will not only make it easier for folks to find the best tweets at a glance, I think it will also create an incentive to create better tweets.”

Amanda Stillwagon, Small Business Trends Marketing Manager, believes the changes will be big for those trying to brand their businesses using Twitter. She ads:

“As head of social media for Small Business Trends, I’m really looking forward to the creative opportunities that the visual format of the new Twitter profile presents. Naturally, we will be sharing more videos and images as a result. But I’m most excited about the new Best Tweet feature. All the more reason to develop a laser focused engagement strategy when marketing content – if you accomplish that, Twitter will now reward you for it.”