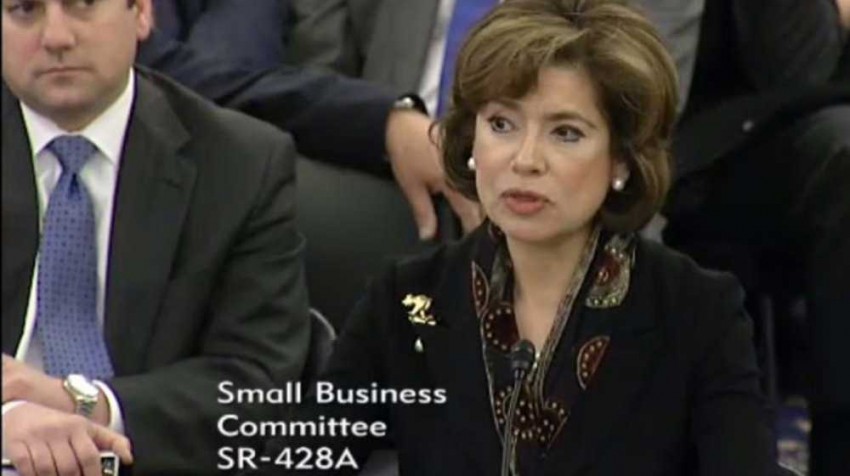 Newly sworn-in Small Business Administration Chief Maria Contreras-Sweet may want to give small businesses access to more loans. But a bigger challenge may be adding some oversight to the administration’s current troubled loan guarantee program. Critics like the Government Accountability Office (GAO) say the program is already costing taxpayers billions.  And that’s bad for everyone, small businesses included.

Contreras-Sweet was formally sworn in to her post earlier this week after being confirmed in a vote by the U.S. Senate in May. She replaces former SBA head Karen Mills, who resigned as administrator in February 2013.

During her confirmation hearings, Contreras-Sweet stressed the importance of getting small businesses access to more financing. That would include SBA guaranteed loans in which the agency backs about 85 percent of the money put up by private lenders. If a borrower defaults, the SBA will still pay the private lender up to the amount of the guarantee to reduce the overall risk.

For example, the SBA saw a 28 percent default of franchise loans backed by the agency between 2003 and 2012 costing taxpayers at least $1.5 billion, Bloomberg reports. Over that same period, bad loans granted through the Patriot Express program have cost taxpayers $31 million. The program is designed to speed the loan process for military veterans. The SBA’s own inspector general even noted that the agency doesn’t properly assess risk when granting loans.

In a separate report, the GAO says that many of the loans granted through Patriot Express may not even be going to veterans or their families. The GAO expressly criticized the SBA’s oversight of this program. It said that a lack of oversight will continue to direct loan money to non-veterans.

The SBA’s ability to bring financing to small businesses is an important function to be sure, as is the agency’s advocacy for the small business community.

But it is also imperative that the agency get its own lending programs under control for the benefit of all taxpayers, including the small business community it seeks to serve.