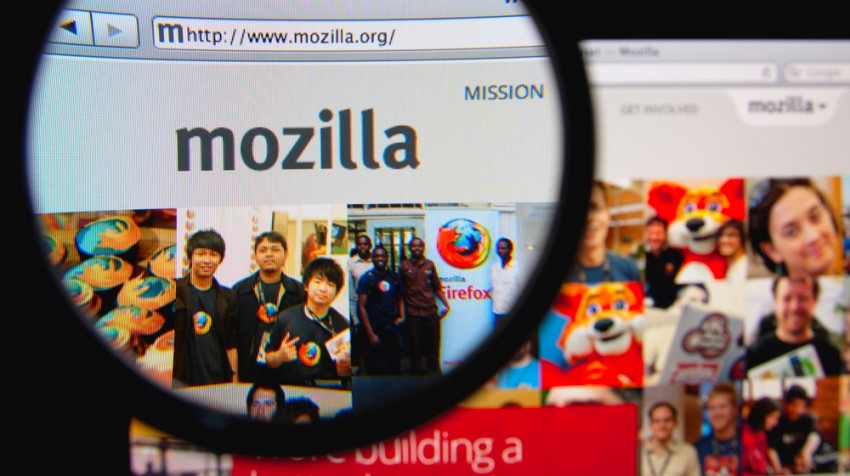 What do you do when your newly promoted CEO’s personal beliefs become an issue?

That’s what Mozilla is dealing with now. Newly promoted Mozilla CEO Brendan Eich, a co-founder of the non-profit open source software organization, has caused division in the company.

The Verge reports that Eich has become the target of scorn from fellow Mozilla employees over his alleged donation of $1,000 to a campaign for Proposition 8, a 2008 California ballot measure banning same-sex marriage.

Criticisms of Eich’s promotion have reverberated both inside and outside the company.

Check this tweet from Kat Braybrooke, who works at Mozilla as a curation and co-design lead:

Like many @Mozilla staff, I’m taking a stand. I do not support the Board’s appointment of @BrendanEich as CEO. #Prop8 http://t.co/msKVNjuhgR

Such outspokenness is apparently encouraged at Mozilla.

In another big protest against Eich’s promotion outside the organization, dating website OKCupid is trying to organize a boycott of Mozilla’s Firefox browser by visitors.

Those clicking to OKCupid while in Firefox are taken to a message expressing opposition to Eich as CEO of Mozilla. In the message, the site’s management explains:

“…we’ve devoted the last ten years to bringing people—all people—together. If individuals like Mr. Eich had their way, then roughly 8% of the relationships we’ve worked so hard to bring about would be illegal. Equality for gay relationships is personally important to many of us here at OkCupid. But it’s professionally important to the entire company. OkCupid is for creating love. Those who seek to deny love and instead enforce misery, shame, and frustration are our enemies, and we wish them nothing but failure.”

The message also encourages visitors to choose another browser when visiting OKCupid.

Last week, in anticipation of some of the controversy that has arisen over his promotion, Eich tried to strike a conciliatory tone. In his official blog, he promised to work for equality and inclusion in the company, stating:

“I am deeply honored and humbled by the CEO role. I’m also grateful for the messages of support. At the same time, I know there are concerns about my commitment to fostering equality and welcome for LGBT individuals at Mozilla. I hope to lay those concerns to rest, first by making a set of commitments to you. More important, I want to lay them to rest by actions and results.”

“I know some will be skeptical about this, and that words alone will not change anything. I can only ask for your support to have the time to ‘show, not tell;’ and in the meantime express my sorrow at having caused pain.”

But Eich’s apparent contribution to a cause many find objectionable is not the only reason for opposition to his leadership.

Last week three Mozilla directors, former company CEOs Gary Kovacs and John Lilly, and CEO of online education resource site Shmoop, Ellen Siminoff, resigned over the appointment — a full half of the board.

The opposition had to do more with a desire for new blood from outside the organization than with Eich’s political views, reports the Wall Street Journal.

Kovacs, Lilly and Siminoff apparently would have preferred a candidate with more experience in mobile, an area many believe Mozilla must focus upon in the immediate future.

Without getting into a debate about Eich’s apparent political beliefs, it’s easy to see the problems they have caused. And certainly no business wants or needs such drama. But delving into the personal beliefs and preferences of every possible candidate for a position at your company would create a very complicated vetting process.

Also, Eich’s own issue revolves in part around a donation he made six years ago. So the question of how deeply you can or will be permitted to probe into a candidate’s past is another consideration.