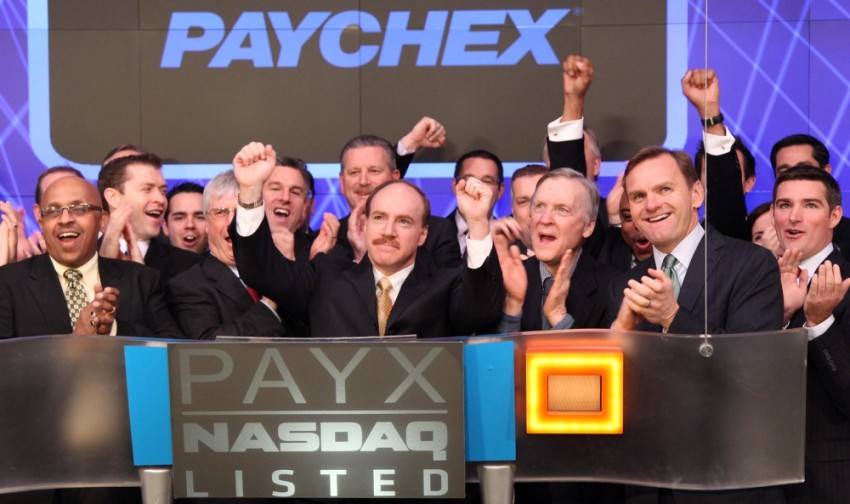 Paychex and IHS have launched a new Small Business Jobs Index. Two years in the making, the index aggregates payroll data from approximately 350,000 of Paychex’s small business clients with fewer than 50 workers.

Paychex and IHS executives launched the new index after participating in the NASDAQ Stock Market Opening Bell Ceremony at the NASDAQ MarketSite in New York City this week.

During the announcement, Frank Fiorille, Senior Director in Risk Management at Paychex explained:

“We think our index will be the most relevant and timely of all the reports, and part of that is because we’ve partnered with a great firm like IHS. We hope and see this as being the key barometer when people want to look at employment trends in small business. It’ll be the one they’ll go to first. This index is purely small business, the mom and pop shops on Main Street. We’re not mixing in enterprise or large commercial firms. This is a true picture on how small businesses are doing.”

Since small businesses account for nearly 95 percent of all employers in the U.S., according to the Bureau of Labor Statistics, the company believes its index will give the best view of the U.S. job market.

President and CEO of Paychex Martin Mucci said there were a few ways the Paychex index differs from the ADP Small Business Report:

“We have over 570,000 clients who are small and mid-sized businesses and this is 350,000 with under 50 employees, so I think it’s the largest sample size out there. It’ll be the most real-time report, and we have over 40 years of history serving this client base, so it’s the most accurate.”

Mucci (seated) and Fiorille (at the podium) discuss the index in more detail in the photo below. 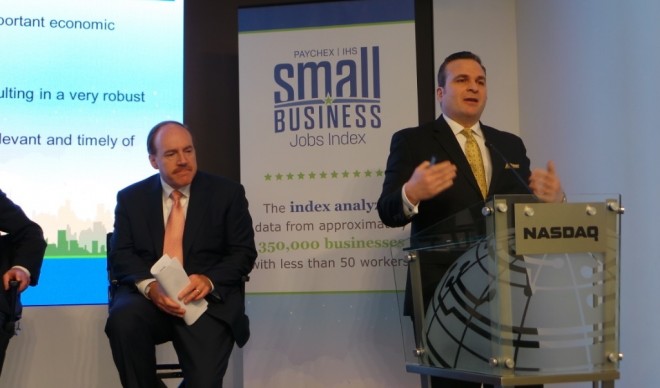 The index will cover the 20 largest metro areas based on US population. Those cities include, in order of the most robust job growth rate:

The data will be released the Tuesday before the first Friday of each month. 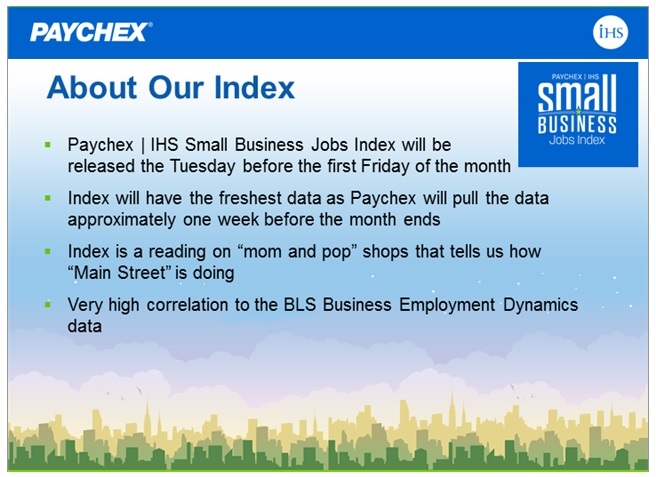 Jim Diffley, Senior Director, IHS Economics, said the data would also be useful in benchmark economic progress by community or region. He explained:

“One other important use of the index is that it gives us a new piece of data at which to benchmark small business conditions in different states and cities across the country.”

The index may also eventually contain breakdowns by industry. Paychex hasn’t yet released details on the average or median size of the small businesses the company serves or how close it comes to the size of businesses covered in the index.

Paychex is a payroll, human resource, and benefits outsourcing solutions provider based in Rochester, New York. The company serves more than 570,000 payroll clients from 100 offices across the U.S.