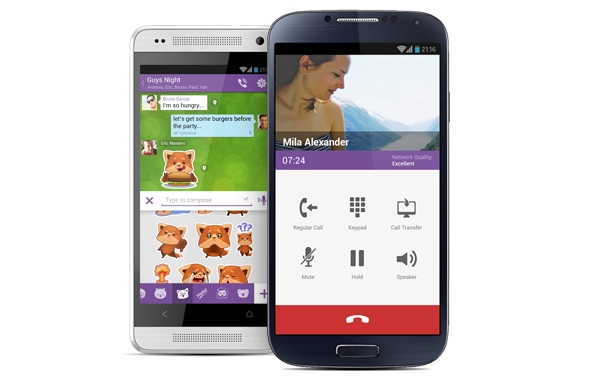 The hot new thing in tech at the moment is mobile phone IM platforms. Facebook bought WhatsApp, and Skype is boasting 300 million users worldwide. But how can you monetize something like this? Hiroshi Mikitani, CEO and Founder of Japanese eCommerce giant Rakuten, has said he intends to turn the newly-acquired Viber into an eCommerce platform.

Mikitani paid $900 million for the Viber VOIP platform, which originally started as a competitor for Skype. But now, in Mikitani’s hands, it could become a competitor to Amazon instead. CNN has dubbed him the “Japanese Jeff Bezos“, due to Rakuten, which is Japan’s answer to Amazon.

Rakuten is the largest eCommerce platform in Japan, and offers everything from financing to shopping to online video. It also owns eBook reader Kobo. Reuters says that the Viber deal will more than double Rakuten’s userbase (300 million Viber users added to 200 million Rakuten users). Mikitani wants that to grow to 2 billion users.

According to Mikitani, Viber will eventually be used to sell eBooks, content and games. But he also alluded to the idea that Viber would become a marketplace for smaller sellers:

“Ecommerce is entering into what I call the ‘humanization stage.’ We’re not trying to become a huge vending machine, we’re trying to replicate face to face human transaction using the information technology.”

Recode points out that the whole concept of selling on a mobile chat platform is not new. It was widely considered to be why Microsoft bought Skype. But the fact it didn’t work is probably, Recode speculates, due to the fact that smartphones and tablets were not widely used back then. Times have obviously changed.

Viber offers apps for multiple platforms, from desktops to mobile platforms. So the technology infrastructure is there to push content to Viber’s users. But it will be interesting to see how Rakuten will push that content to the Viber userbase without alienating them in the process. And it will also be interesting to see if, instead of 2 billion users, Mikitani will start losing users due to his deal with Viber.

It’s probably safe to say that not every Viber user is thrilled at the prospect of their IM platform turning into another iOS App Store.