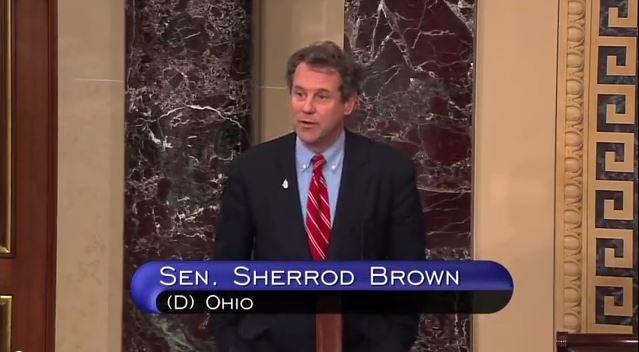 This is federal funding designed to give Ohio small business and manufacturers access to credit. It comes through the U.S. Treasury Department’s State Small Business Credit Initiative (SSBCI), which was part of the Small Business Jobs Act of 2010.

Brown, chair of the Senate Banking Subcommittee on Financial Institutions and Consumer Protection, was a strong advocate of the Small Business Jobs Act. In a prepared statement, Brown said:

“Small businesses and manufacturers are the backbone of Ohio’s economy. But in order for these companies to grow operations and create new jobs, they must have access to capital. These new federal resources will provide an immediate boost to Ohio small businesses and help leverage additional private investments – many from local community banks –to help add jobs throughout Ohio.”

Ohio has many small businesses in manufacturing.  Brown advocated for the SSBCI provision within the Act in part to help those small businesses with higher loan limits due to higher capital costs.

According to the statement issued by the U.S. Treasury Department, the Small Business Jobs Act of 2010 was endorsed by the National Federal of Independent Businesses (NFIB).  It created a $30 billion loan fund to enable community banks to make loans to small businesses.

In August 2011, Brown announced more than $55 million in federal funding through the SSBCI program was allocated to the State of Ohio, in three payments.  This is the second payment.  The first disbursement was $12.4 million, leaving about $24.7 million still to be allocated in the future for Ohio.  The total allocated for all states was $1.5 billion.

Under the SSBCI, participating states will use the federal funds for programs that leverage private lending to help finance small businesses and manufacturers that are creditworthy, but are not getting the loans they need to expand and create jobs. The SSBCI will allow states to build on earlier models for state small business programs, including collateral support programs, Capital Access Programs (CAPs) and loan guarantee programs.

Senator Brown’s office has prepared a summary of the Small Business Jobs Act, including a description of the funding provisions here.