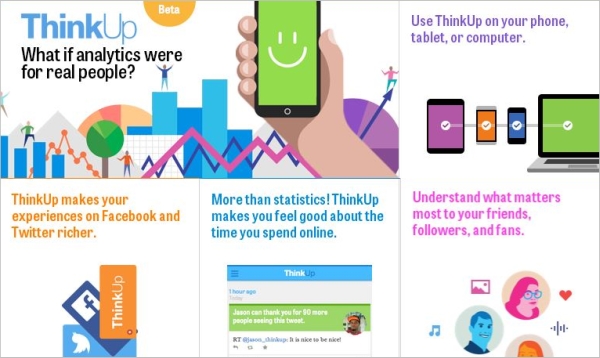 If you are a social media junkie, you will be familiar with analytics, such as Facebook Insights. But a new service called ThinkUp aims to turn the concept of analytics on its head. It does so by providing information about social media in a totally new, and easy-to-understand way.

ThinkUp, launched by Lifehacker Founder Gina Trapani and former Six Apart employee Anil Dash, is a different sort of analytics company. Instead of measuring engagement, it tells you all the specific little interactions that make up engagement.

The tool breaks things down into personalized little chunks of information. It even analyzes which words appear the most often in your tweets and status updates. 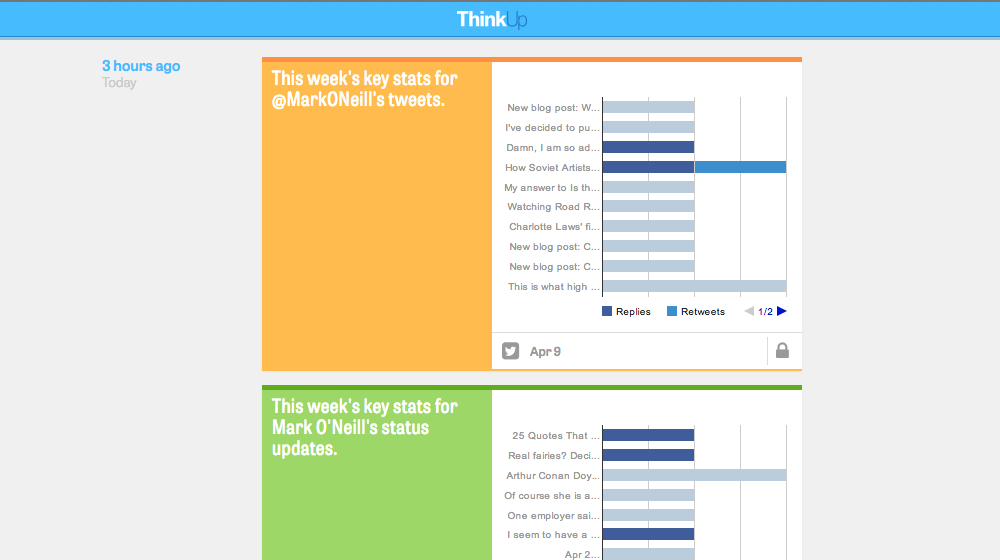 When asked why they thought there was a market for this kind of service, Anil told Small Business Trends:

“Gina and I have been involved in social networks online for as long as they’ve existed. We’ve seen them come and go. And what’s become clear over the years is that many people care about getting some value out of the effort they put in online, but the only ones that are being well-served are marketers and advertisers. We knew there are millions of regular people being underserved.”

Another interesting thing about ThinkUp is that it will tell you which of your contacts aren’t really engaging with you. There are updates, for example, that tell you that one of your friends hasn’t replied to a contact in over a year. Instead of giving you just a single graph and letting you try to figure out what it means, ThinkUp gives you this ongoing feed of little insights that are all different. 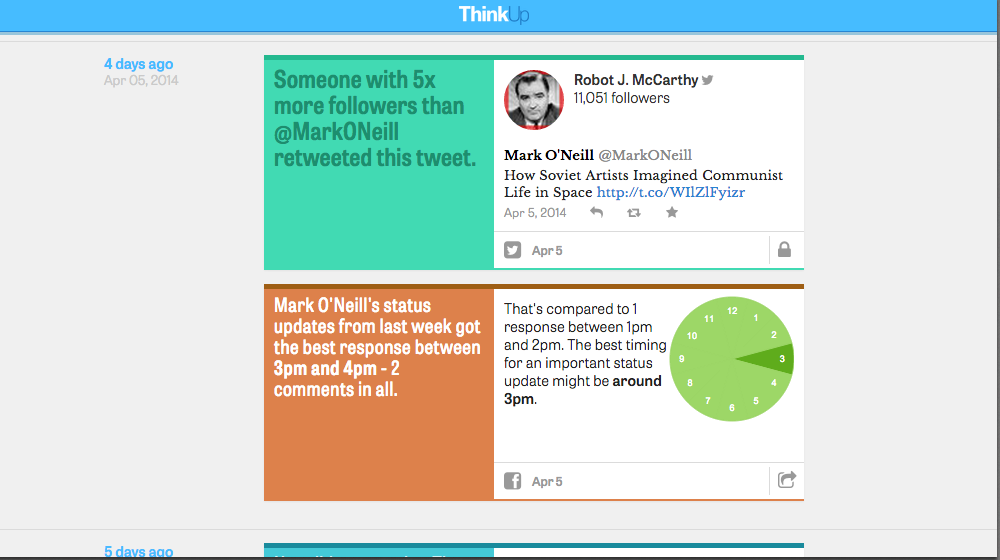 It’s like a “stream of factoids” about your social engagement with your community. It’s a single ongoing report showing you complete analytics for all your engagement on Facebook and Twitter. It condenses the number of replies, favorites and retweets you got during the week in one window. And in another, it tells you your status update of the week (in terms of the number of comments and likes it garnered). 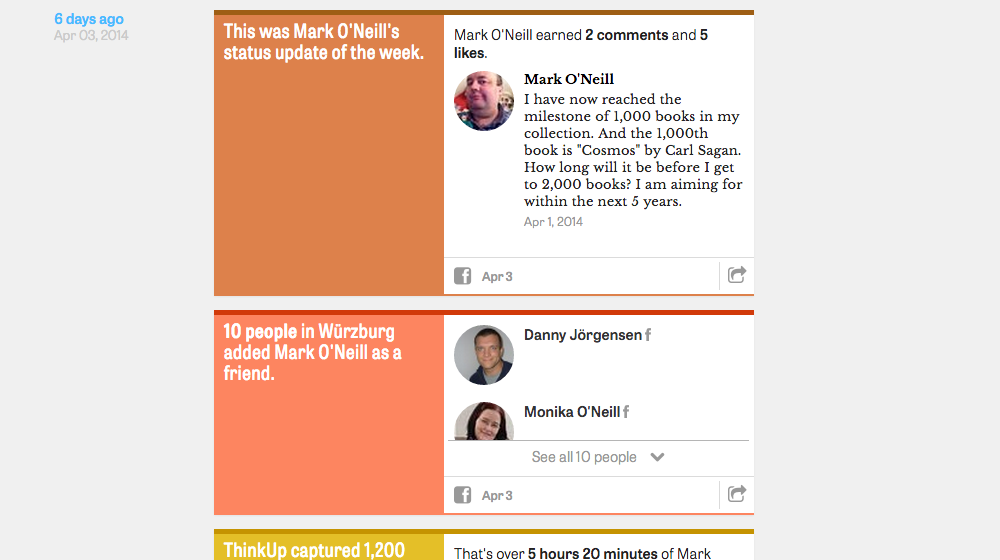 But those who are social media power-users (or companies juggling many social media balls) can connect up to 5 Facebook and Twitter accounts each for $120 a year. Anil, explains:

“We focused on fair pricing that immediately makes the product sustainable and independent. The reality is, when you work with people’s social data, there’s enormous pressure to monetize it by selling it, aggregating it, and using it to power ads. So we wanted to have a strong baseline where nobody is wondering how we pay our bills, so they don’t have to worry what we’ll do with their data.”

ThinkUp prides itself on its inclusiveness, transparency, and accountability. On the official ThinkUp blog, Anil reveals the analytics tool was built by a community of mostly women coders. It is also open-source, unlike many social networks today which hide behind walls. In addition to the few thousand people currently using ThinkUp, Anil said many more thousands are using the open-source version on their own.

One curious thing though is that there doesn’t seem to be any way to access an archive of your analytics. On your profile page, it stops after about a week, and you can’t go any further back. So it’s best to screenshot everything when it appears.

But apart from that, this is a service worth using if you use social media for your business. When asked why a small business owner should pay for this service, Anil replied :

“The simplest value for a small business is to know at a human level if the things you’re sharing online are really connecting with anyone. If you run a coffee shop or a flower shop, you don’t care about having a million followers on Twitter – a million people can’t come to your store. But you care a lot about whether they thought your tweet was interesting, or whether posting a photo of your newest product offering got a lot of responses from people who are actually in your neighborhood.”

ThinkUp can tell you that story in plain English, on any device, without having to learn how to dig through some complicated analytics tool to figure it out.”

Mark O'Neill is a staff writer for Small Business Trends, covering software and social media. He is a freelance journalist who has been writing for over 25 years, and has successfully made the leap from newspapers and radio onto the Internet. From 2007-2013, he was the Managing Editor of MakeUseOf.com.
6 Reactions
Subscribe
Follow @smallbiztrends
RSS LinkedIn Pinterest iTunes