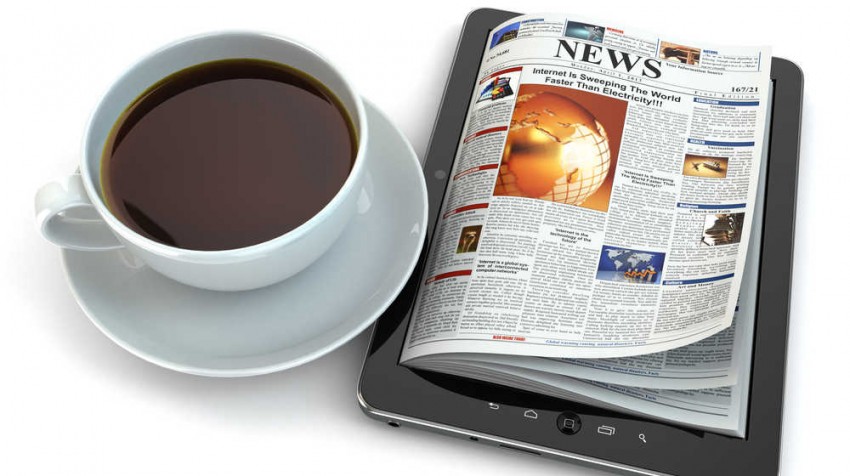 It’s time for our small business roundup. Here’s our handy guide to the news you may have missed this week. It includes the arrival of a new small business job index, a new payment option and more.

Paychex and IHS have a new jobs index. The index aggregates payroll data from approximately 350,000 of Paychex’s small business clients with 50 employees or less. The belief is that with these businesses producing about 95 percent of the jobs in  the U.S., using their data will create a much better picture of the economy.

A poll says businesses are harder to start in Europe. A recent Gallop poll finds Europeans perceive that their governments make it very difficult to start a business. Italians have the worst outlook with 96 percent believing the government makes business ownership difficult. And 93 percent of the population of Greece seems to feel the same. Take a look at the chart for more on European sentiments.

PayStand offers PayPal a alternative without transaction fees. Options like PayPal and Square charge a transaction fee with every payment, but the cost to begin using them is free. In the beginning, that can be helpful, if you make only a few sales a month or year. But as your sales increase, PayStand offers a way to say goodby to those fees with a regular monthly cost.

Skype competitor Viber will become an eCommerce site. The company was bought for $900 million by Hiroshi Mikitani, CEO and Founder of Japanese eCommerce giant Rakuten. He says he wants to use the newly acquired site to eventually sell ebooks, content and games.

Collecting money your business is owed can be difficult. And consumers don’t seem to like being approached about a debt, no matter how delicately it’s done. A recent report by the U.S. Consumer Financial Protection Bureau suggests consumers will file complaints even when you’ve done nothing wrong while trying to collect a debt.

Lenovo has a new Windows tablet. Some are describing the Lenovo ThinkPad 8 as a cross between a tablet and a PC. We report on some of the basic features to help you decide whether this is the device for your business. We’ll also tell you about the latest Lenovo recall.

Microsoft Word users be ware. A vulnerability allows hackers to access your program through a booby-trapped RTF (Rich Text Format). Open one of these files, Microsoft warns, and you may find your computer taken over by hackers. They will be able to use your machine to send spam or even to help commit online fraud. Microsoft says a patch is coming.

Verizon has a new security suite for all your devices. The carrier has partnered with McAfee to introduce the Verizon Internet Security Suite Multi-Device. The security suit is designed to bring more security to mobile devices. McAfee says almost 15 percent of consumers don’t have mobile security. Is your business among them?

Huawei won’t be making a phone with a dual operating system Though the Chinese phone maker had originally talked about plans to make a phone with dual Windows and Android operating systems, those plans were short lived. Those who use Windows for business but love Android would no doubt have been thrilled.

Here are some apps that may work for your taxes. The list includes FreshBooks, Turbo Tax Home & Business. Other apps include MoBu, Mint, inDinero, TaxACT and more. Best of all readers have started sharing some extra ones we missed in the comment section. So this post will be a resource.

Mozilla CEO steps down over opposition. Mozilla CEO Brendan Eich has stepped down over opposition to his promotion. Some of that opposition comes from issues over Eich’s personal beliefs. He apparently donated $1000 to a campaign supporting Proposition 8, a ballot measure banning same-sex marriage in California. It’s a lesson about what can happen when your CEO becomes a source of division.

Don’t fall victim to the tax advocacy scam. The IRS is warning about an attempt to lure businesses to a screen that solicits personal information under the guise of the federal agency itself. The IRS says the email tells taxpayers their 2013 earnings have been flagged and claims their cases have been forwarded to the Taxpayer Advocate Service. Don’t be fooled, the agency warns.

Eat24 says it is leaving Facebook. The company is among those sick of a growing trend. A study says Facebook continues to reduce the amount of content business page operators can share with their fans. Facebook would clearly like these companies to pay for ads. But businesses resent having helped build Facebook’s audience only to be charged for access.