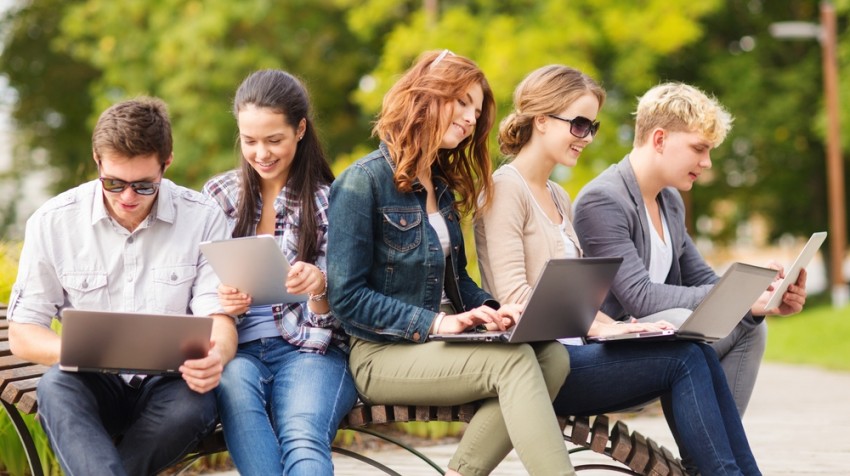 A big social media faux pas at a big U.S. airline and tech stress in the wired generation lead the news this week. The Small Business Trends editorial team has gathered the stories most important to you. Here’s our roundup.

U.S. Airways Accidentally Responds to a Complaint with an X-Rated Link. Talk about the worst of all customer service disasters. . .#FAIL, anyone? How about responding to complaints from a disgruntled customer with a link to an X-rated photo? Well, that’s exactly what happened to U.S. Airways recently. The airline was responding to a customer complaint about the service the passenger had received on a recent flight.

Who Wants to Unplug? Millennials, That’s Who! Millennials are the always-on, always-connected generation. So your typical Millennial employee who’s multitasking away, managing social media on one window of the desktop computer, IM-ing on a second and surfing the Net on a third while texting on a smartphone and listening to headphones – is as happy as could be, right? Wrong.

DSTRUX Lets You Get Back That Document You Shared In Error. It’s happened to the best of us. You hit the “send” key on a document, image, or video, and then have that sinking feeling you shouldn’t have. Don’t worry. A new service called DSTRUX claims to give you complete control over who sees your files.

Can’t Afford Microsoft? Meet Apache OpenOffice. For businesses on a shoestring budget, having to fork out cash for Microsoft Office is an additional expense that many could do without. Fortunately, there are some inexpensive alternatives to Microsoft office out there – and one just celebrated a major accomplishment. Once there was a project called OpenOffice.org.

Dispop: One-Stop For Creating and Placing Banner Ads. If you advertise your business online, you have probably considered the idea of creating a banner ad to be placed on similar sites to your own. But how do you go about making that ad? How do you make sure that visitors aren’t bombarded with your banner 24/7? And what about tracking the ones that got away? It’s enough to make your head spin.

Yes, It Really Is Possible To Create a Business App Without Coding Skills. Our editors here at Small Business Trends saw a segment on Fox News a while back in which Pete Khanna, CEO of Trackvia was interviewed. He spoke about Wired Magazine using the Trackvia service to create an app. But what got our attention was Pete’s assertion that “it’s so easy you can build it yourself.”

Meme Marketing Hits Mainstream: Grumpy Cat Wins at MTV Movie Awards. Internet meme marketing celebrity Grumpy Cat hit the red carpet recently at the MTV Movie Awards. And she even left with her very own award, which we imagine didn’t exactly bring a smile to the feline’s face. So what award did she win, anyway? Best cat? No. Best Meme? No. Grumpiest face? Well, sort of.

How Did This Video Get a Million Views in Just Two Days? Creating video marketing campaigns can be a great strategy for spreading the word about your brand. But getting these videos to go viral can be the tricky part. The Independent Journal Review says this Bump to Buzz video, which shows a time lapse progression of a couple’s journey from early pregnancy to the birth of their child, got a million views in just two days.

OfferPipe: A New App For Retailers To Create Mobile Offers. As a small business owner, you know one of the best ways to attract new customers is through special promotions. Everyone loves something for free or at a bargain. It doesn’t have to be complicated. It can be something as simple as 20% off, or two for the price of one. Show your generous side and the customers will come flocking back.

What Do the New AdWords Changes Mean for Small Businesses? Paid search can be a minefield for small businesses, and any time Google announces a big change to the AdWords platform, people tend to freak out – including experienced search marketers who really should know better.

Square Acquisition Talk, If True, Leaves Fewer Merchant Options. There’s been some buzz lately that credit card reader Square could be shopping for someone to acquire the company. Square is the popular credit card reader device that plugs into a smartphone or tablet. This technology has allowed the smallest companies to begin accepting credit cards and expanding their potential customer base.

Yes, Top Performing Businesses Pay More in Taxes. Do businesses pay their fair share of taxes? Should they pay more in taxes and are they paying considerably less than everyone else? Many consumers seem to believe they’re held more accountable for their income taxes than businesses, especially around tax time. But a recent report from WalletHub shows the average business is paying their fair share and then some.

Using Retirement Accounts to Fund a Business Startup Draws IRS Scrutiny. The IRS is increasing scrutiny into a complex practice for using retirement accounts to fund a business. The practice may trip up business owners who take advantage of it. In the end, it could cost them not only their retirement nest eggs, but open them up to paying back taxes and large penalties to the IRS. The practice is called Rollovers as Business Startups (ROBS).

Lessons Learned From Your 2013 Tax Return. With another tax filing deadline in the rearview mirror, most people don’t think about taxes until the next year. However, take a few moments to review your return before you stock it away. This year’s return can provide valuable information on the financial health of your business, as well as show you ways to improve your tax situation in time for next year’s filing.

Will the Dependent Coverage Provision Raise Insurance Premiums? When the data on enrollees in the federal exchanges is tallied later, the fraction of young people is unlikely to meet the 40 percent target the White House has said is necessary to keep health insurance premiums from rising significantly next year. A major culprit will be the popularity of the Affordable Care Act’s (ACA) provision increasing the age of coverage of dependent children.

Finding Success Empowering Lifestyle Entrepreneurs. “Lifestyle entrepreneurship is a beautiful thing,” declares Clate Mask, the founder and CEO of Infusionsoft. The marketing automation software company he founded and heads up has achieved over 50% sales growth the past 2 years by serving the “lifestyle entrepreneur.” Mask’s remarks were made as Infusionsoft kicks off its annual customer event for 2014, called ICON14.

What If Someone Stole Your Website? If you own a business, you probably also own a website. But what would you do if someone stole it? You probably don’t think this could ever happen to you. Blogger Jordan Reid didn’t think it could happen to her either – but it did. It started when Reid received a YouTube notification that someone had signed in to her account using a different device.

Kelly McGuire of SAS: Price Doesn’t Matter If You Have Negative Reviews. It takes more than lower prices to succeed in business today in the world of socially connected consumers – especially when it comes to the travel and leisure industry. It takes understanding and managing the power of ratings, reviews and recommendations.

3D Printing, Copywriting Are Among the Top Outsourced Jobs. If you’re a freelancer and looking to find out which skills are currently hot, it helps to look at freelance marketplace Freelancer.com. And the latest data on outsourced jobs from there reveals a huge rise in trending tech, with particular demand for 3D printing, and copywriting. The Freelance Fast 50 report analyzed over 270,000 job listings on Freelancer.