Got a Sony Laptop? See If Your Batteries Could Be a Hazard 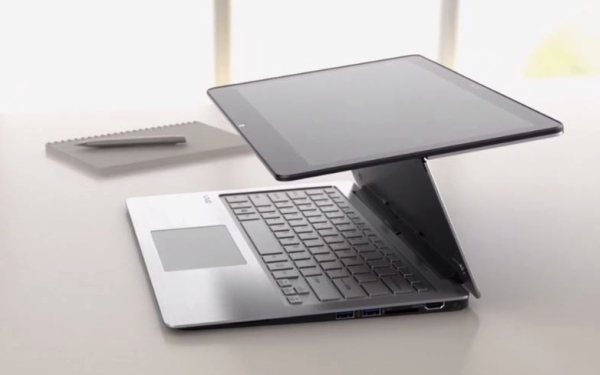 If you have a version of Sony’s VAIO Fit 11A/Flip PC, stop using it now.

That’s a warning from Sony, which says some of these units have a non-removable battery. That battery could overheat causing burns on the housing of the computer. The company says the batteries on the affected hybrid tablet/laptops were provided by a third-party.

To check if you have one of the affected hybrid laptops, Sony has provided step-by-step directions to identify the machines. You’ll actually be looking for the “Product name” on a tag that also includes its Serial number and Service code. To find the “Product name” code, follow these instructions:

An announcement from Sony details what owners of these devices should do:

“If you have one or more of the VAIO Fit11A/Flip PC model listed below, please immediately discontinue use, shut down and unplug the PC. We are currently identifying affected PCs by serial numbers and developing a program to repair or replace the affected PCs at no charge, or to refund the purchase price for the affected PCs, in accordance with the program.”

Sony expects to release details of a refund or replacement program in two weeks, the statement adds.

The VAIO Fit 11A/Flip PC was released in February. The voluntary action requested by Sony comes after the company says it discovered some of the batteries were prone to overheat. Sony says that a total of 368 units are affected.

Sony is in the process of contacting more than 25,000 customers who bought the device, according to The Verge. The VAIO Fit 11A/Flip PC is known as the little brother of Sony’s larger VAIO Fit convertible laptop. The device included in this most recent warning from Sony was not selling well in its short time on the market.

It is partly due to sluggish sales of VAIO laptops – among other reasons – that Sony decided to sell off this brand to Japan Industrial Partners (JIP). The companies announced the proposed sale back in February, just as Sony was releasing new products on the market. That deal is expected to be finalized soon, The Verge also reports.

When the sale was first announced, Sony said it would handle after-care customer response on VAIO devices.

Overheating batteries on laptops continue to be a safety issue. Earlier this month, we reported on a recall issued by Lenovo on battery packs included with many models of ThinkPad laptops.