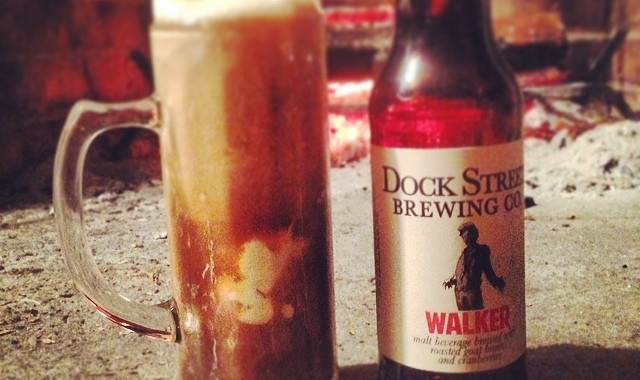 Over the last four seasons, the show, which features a post apocalyptic society where zombies or “walkers” run rampant, has gained a faithful and enthusiastic audience. Based on a comic book series of the same name, the show is one of the most talked about on social media each week. It’s even spawned a talk show dedicated to discussing the events of each episode.

Fans of “The Walking Dead” are not just fans. They are very enthusiastic and dedicated fans. So the microbrewery automatically has a built-in fan base of people who would at least be interested in the beer, if not quite adventurous enough to try it themselves.

But the show’s growing fan base isn’t the only reason microbreweries might choose to take risks with their brews. As Business Insider points out:

“More and more craft and microbreweries are pushing the envelope when it comes to creating new brews partly because they can, and partly because craft beer drinkers are developing ever more adventurous palates.”

A beer brewed with real brains is enough to make anyone curious – and curiosity can be a powerful marketing tool.

Even consumers who aren’t fans of “The Walking Dead” could learn of the interesting beer and decide to explore their adventurous side.

The unusual ingredient may even attract some non-risk-takers to the rest of Dock Street Brewing Co.’s beers with more tame ingredients.