In the News: Digg Founder Protested and Twitter Redesign Unveiled 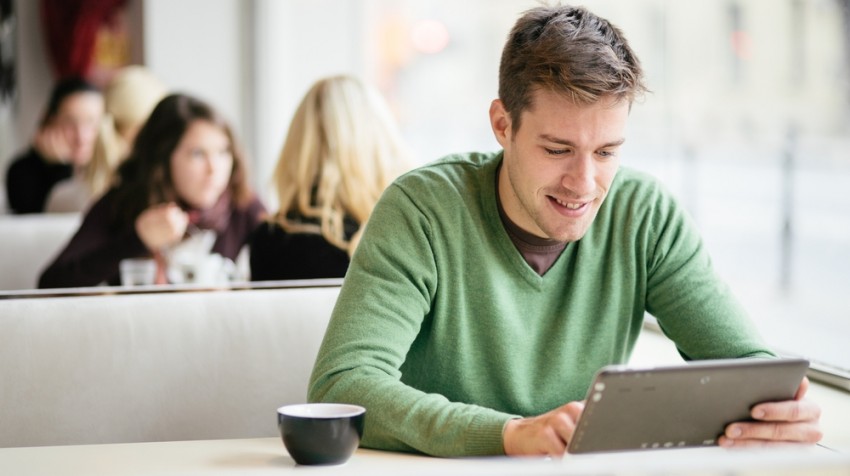 Some interesting developments filled the news this week with issues touching on entrepreneurship, the tech industry and more. If you didn’t have time to catch it all, don’t worry. The Small Business Trends editorial team has you covered. Here’s our roundup of the big stories.

We couldn’t make this up. Protesters stormed Kevin’s house in San Francisco this week. What’s their beef? He’s brought too many high paying jobs to the San Francisco area, that’s what. And in compensation, the protestors want Google to give them $3 billion for free housing. Read on and see if it makes sense to you.

Some may say the new Twitter looks too much like Facebook. There are certainly larger photos and some features that borrow from other social media. Try Pinned Tweets, for example. But take some time to look at the options. (Your new version will be rolling out soon.) And listen to what others in the small business community have to say.

The FTC is Flagging This Pinterest Contest and Here’s Why.

The Federal Trade Commission has made no secret of its policy requiring disclosure for paid promotion on social media. But what about when those promoting your brand aren’t even your employees or contractors? Here’s an interesting case that will probably make you rethink that next Pinterest campaign, if not all your social media marketing.

Say Goodbye to the Products and Services Tab on LinkedIn Company Pages.

It’s the end of an era (sort of). LinkedIn says adios to the Products and Services Tab on its Company Pages. The feature will vanish permanently  as of April 14, 2014. But don’t worry. Regular LinkedIn users have already found features to take its place, says LinkedIn. Try LinkedIn’s regular updates as one alternative and the site’s new Showcase pages as another.

Yes, you heard right. Disqus is banking on the idea that brands are more interested in showing up where engagement happens, in your site’s comment section. The company promises the ads won’t be obtrusive, and you can turn them off if you like. But it could be another way to monetize your content.

Want to Attract 20,000 Users to Your Platform in Just 3 Months? Read this.

Want to attract huge numbers of users to your online platform almost  over night? Sure you do. It’s every online entrepreneur’s dream. Well, in 2011, Anthony Smith launched Insightly. It’s a CRM platform aimed at the small to  medium-sized business market. Smith managed to attract 20,000 users to Insightly in its first three months. But that was just the beginning. With few resources in the beginning, Smith would eventually bootstrap his site to 400,000 users. To learn how he did it, read on.

Business By Miles Aims to Automate Your Business From Anywhere.

It’s called Business by Miles. And its purpose is to automate your business functions. That’s everything from scheduling to human resources, billing, invoicing, project management, payroll and accounting. But where once you might have done this using multiple apps, Business by Miles wants to reduce that to one. And did we mention it’s optimized for mobile?

Video Message Your Colleagues on Vine (Whether They Use It or Not.)

Vine may have started as a social channel for creating short videos to share with others using the app. But a new development puts a totally different spin on this mobile tool. Vine now allows video messaging. And you can send those messages not just to others who use the app. You can send them to anyone you have as a contact on your mobile device. So that means video messaging to colleagues, clients and others too.

A Report Says Apps are the Clear Winners Over Mobile Browsing.

The popularity of mobile devices continues to grow. But, as it turns out, so does the popularity of apps over Web browsing. Those who use mobile devices seem to gravitate toward these apps. And as a small business person promoting your brand to mobile users, be sure to take note. There is a major change coming in how users connect via mobile technology. How will your brand get their attention?.

3D Printing May have Become Even Easier.

This new crowdfunding effort has already raised sufficient funds to produce the Micro. The device is being billed as the first true consumer model 3D printer. It’s a 7.3 inch cube, weighing about half a pound and is expected to sell for around $299. Check out the video and more on the Kickstarter campaign here.

Devices include the wireless AC Access Point and Smart Switches. Both provide opportunities for small businesses with a need to increase the number of Web enabled devices in the office. Linksys says the devices are part of a new push into the small to medium sized business market. So, as your technology needs grow, expect to see more innovation on the horizon.

Your Next Pizza Delivery Guy Might Actually be a Flying Drone.

It’s a bird. It’s a plane. It’s…you’re pizza delivery. Ever since Amazon introduced the idea of drone delivery late last year, the concept of automated home delivery has been practically an obsession. And anyone with something to  deliver fast to consumers, it seems, is climbing on board. It’s  no surprise then, that among the entries into this bold new frontier is a U.K. Domino’s franchise that hopes to replace the pizza delivery guy with…well, you know.

It’s probably the height of bad customer service. A teacher with strongly held religious convictions enters a Starbucks for some refreshing lattes. And she ends up with a caramel flavored pentagram and the numbers 666 floating on the surfaces of her drinks. Naturally, the photos made their way around the Web. And Starbucks watched as one bad customer experience became a major headline.

You Won’t Believe How Much Bad Customer Service Can Cost a Business.

Customer service is one important way to retain existing business and spread the word about your brand. But have you ever wondered what it might cost you in lost business every time you fail to deliver? This infographic from ClickSoftware looks at that cost in monetary terms. And the figure may really surprise you. Now check out some of the other stats available here. And you may get a picture of what your business needs to do better.

The New SBA Chief Needs to Get Control of Bad Loan Practices.

New Small Business Administration Chief Maria Contreras-Sweet has just started her new job and already she may have a quandary. That’s because  Contreras-Sweet has been given a near mandate to find ways of giving small businesses in the U.S. more access to financing. The trouble is that the Government Accountability Office (GAO) claims the agency has already green-lighted bad loans costing tax payers more than a billion dollars. (That’s prior to Contreras-Sweet coming on board.)  So as she starts her new job, the new boss at the SBA will need to focus as much on oversight of her agency’s loan programs as she does on creating new opportunities.

Greater Opportunities for Small Business Act: Here’s Where It Stands.

U.S. Rep. Sam Graves (R-MO) is chairman of the House Committee on Small Business. And this week he tried to convince members of the House Armed Services Committee that, when it comes to defense contracting, small businesses should have a bigger slice of the pie. Graves has already introduced a bill that would raise the number of federal contracts going to small businesses from 23 percent to 25 percent. He’d like to see some of those contracts mandated in the  National Defense Authorization Act too.

So, How Do You Really Feel About the Minimum Wage?

Yes, the President is pressing Congress to raise the federal minimum wage from $7.25 an hour to $10.10. Rieva Lesonky mentions some statistics here that suggest there’s a benefit to the increase. For example, some small businesses are already paying more. But, in the end, the question is whether your small business will be able to sustain potentially higher costs.